The Mysterious Case of the Arkansas Train Deaths

Some deaths are imbued with a sense of mystery and strangeness which has never really been lifted. These cases surround themselves with weird clues, strange evidence and testimony, and odd circumstances, all of which serve to launch them into the realms of the most mysterious unsolved crimes. Such is the case of two young men who went missing in 1987 in the U.S. state of Arkansas and would next be seen dead under perplexing circumstances. It is a case that has never been solved, and which truly delves into the domain of murder and dark conspiracies.

It was the early morning hours, 4AM on Sunday, August 23, 1987, and a Union Pacific cargo locomotive was chugging along its tracks through the murk at a place called Crooked Creek, near the town of Bryant, Arkansas, in the United States, on its way to Little Rock. It was a smooth, routine run for the train crew and there had been no signs of anything amiss thus far, but as they rounded a bend they saw speeding up through the early morning dimness a horrifying sight; two apparently human figures partially wrapped in a green tarp and lying motionless across the tracks ahead. The barreling train blazed its horn in warning to no response, but had no chance of stopping so suddenly, and the crew watched on with horror as the train sped over the bodies, dragging them for a full mile and mangling the bodies almost beyond recognition before it ground to a halt. Train engineer Stephen Shroyer would say of the gruesome scene that unfolded upon spotting the mysterious figures:

I started lying down on the diesel horn. And I got no reaction, none at all, not so much as a flinch.  And we just… passed over them. From the time that we had placed the train into an emergency position and laid down on the horn, I would estimate about three to five seconds to impact.  And that may not sound like a very long period of time, but when you’re bearing down a couple of children, it’s an eternity, honestly. 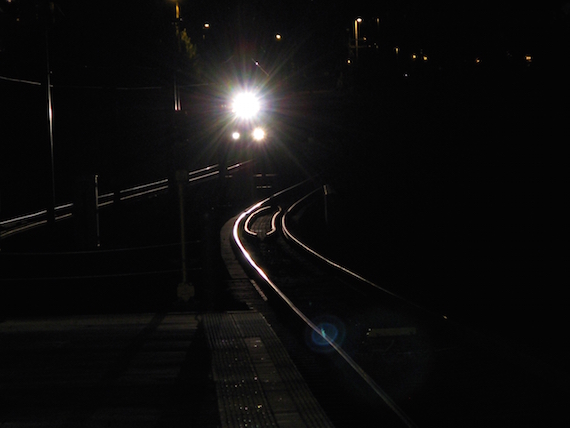 In the wake of the gruesome incident, the horribly mutilated bodies were found through dental records to belong to two local high school boys, 16-year-old Don Henry and 17-year-old Kevin Ives. The two best friends had last been seen when they left on a hunting trip late the previous evening. Authorities found near the scene a discarded .22 caliber rifle lying on the ground near the tracks, thought to be their hunting rifle, but the reported green tarp was nowhere to be found, although the crew insisted they had certainly seen it. Police thought it may have been a case of a double suicide, but when questioned the engineer insisted that the bodies had been lying parallel on the tracks with their arms down by their sides and that they had been totally motionless, remaining unresponsive even in the face of the deafening train horn. This suggested that the two boys had already been dead when the train had hit.

Nevertheless, authorities seemed keen to quickly provide an explanation, and the state medical examiner at the time, a Dr. Fahmy Malak, wasted no time in concluding that the boys had been under the influence of marijuana and had simply laid down on the tracks to pass out. The death was ruled accidental, with Saline County sheriff James H. Steed Jr. calling it all “a strange accident,” and that was that. All things considered, it was an extremely rushed investigation, and in the meantime the whole grim affair had become national news.

The parents of the boys could not accept the dismissive, quick ruling that their sons had merely smoked pot and fallen asleep across the tracks, and were indeed suspicious of the speed in which this conclusion had been decided upon. Thus the families decided to begin their own investigation in order to find out what had really happened to their children. A private investigator was hired to snoop around, and throughout all of this the actual authorities were allegedly very unhelpful, hurdles even, with Kevin’s father saying in exasperation:

Every time he would try to find out something, it seemed like he would meet resistance from different authorities… and we weren’t getting anywhere.

The parents also fought valiantly to get the case officially reopened, and in 1988, a new prosecutor, Richard Garrett, was assigned to the case, replacing prosecutor Dan Harmon and opening the door to further investigation, with one of the first orders of business being to have the bodies exhumed and reexamined. Upon a deeper analysis by the coroner, it was found that the two boys appeared to have incurred various lacerations and injuries similar to those of stabbings and blunt force trauma to the head, which were not consistent with the train impact and which were speculated to have happened beforehand. During this reevaluation, medical examiners concluded that the boys had indeed been dead before that train had hit them. Other professionals chimed in on this as well to paint a picture of gross incompetence displayed by the original autopsy.

One Dr. James Garriot of San Antonio, Texas, said that marijuana would have been unlikely to have had the effects described, and that no test for drugs in the boys’ systems, such as a mass spectrometry, had been carried out. A toxicologist named Dr. Arthur J. McBray concurred. It was also found that the boys’ bodies had been sent to the Arkansas State Crime Lab, not to the Federal Bureau of Investigation (FBI), where they should have gone. Armed with this creepy new evidence, a grand jury was eventually able to reverse the previous ruling on the case and reclassify them as probable homicides. The question now was, what had happened to them? 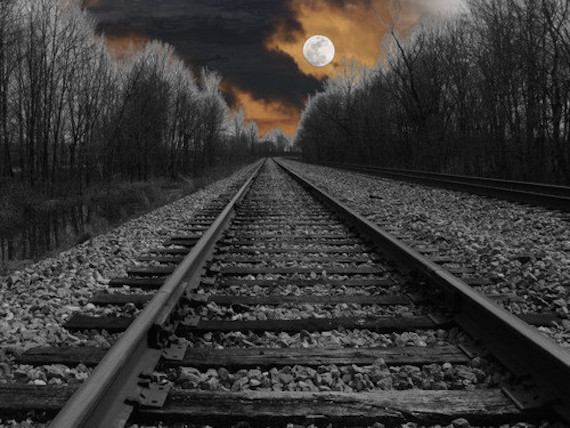 Other leads were pursued with renewed interest as well, such as what had become of the reported green tarp. Law enforcement had concluded that it had just been an optical illusion, but all four of the train crew at the time continued to be adamant that it had definitely been there, a sentiment which Garrett agreed with. It would turn out that neither of the boys’ families had owned such a tarp, and the fact that it had vanished after the apparent crime was seen as highly suspicious. Interestingly, Garrett also uncovered a spookily similar case from 1984, in which two young men had been fund lying across the tracks in Hodgen, Oklahoma, in an eerily similar manner. What any of this mean? Was there any connection? No one knew.

Other eyewitness testimony trickled in under this renewed investigation as well, which further propelled the case into the weird. In one case, a patrol officer came forward claiming to have seen an unidentified man in military fatigues lurking about the area at around the time of the incident. When police officer Danny Allen confronted the man, the stranger allegedly fired upon him before running off into the night. Not long after this the strange man in military clothing would be purportedly spotted again, but would melt away into the dark once more before he could be apprehended. Another witness also came forward to claim that he had seen two local police officers beating the boys to within an inch of their lives in a store parking lot before driving away with the unconscious teens in a truck, but there was no way to determine if these were the same two teenagers or whether the supposed incident even really happened or not.

In light of all of this, speculation and conspiracy theories ran rampant. There was a lot of talk that the boys had stumbled across a drug drop, as the nearby Mena Airport was known as a hub for cocaine operations. Indeed, there were witnesses who came forward with information to this effect, saying that these drug traffickers had had an arrangement with city officials and even the CIA, with Saline County prosecuting attorney Dan Harmon, who had actually been the first one assigned to help the families of the boys, actually being later charged with federal drug and racketeering charges, which have been seen as perhaps having a dark connection to the deaths. Some have even claimed that Harmon was there at the tracks on the night the two boys were killed. Talk of two teenage boys being in the wrong place at the wrong time and killed for witnessing a deal by a government sponsored drug ring, with their bodies intentionally laid on the tracks to destroy the evidence and a massive cover-up put into place, was soon swirling all around the case. 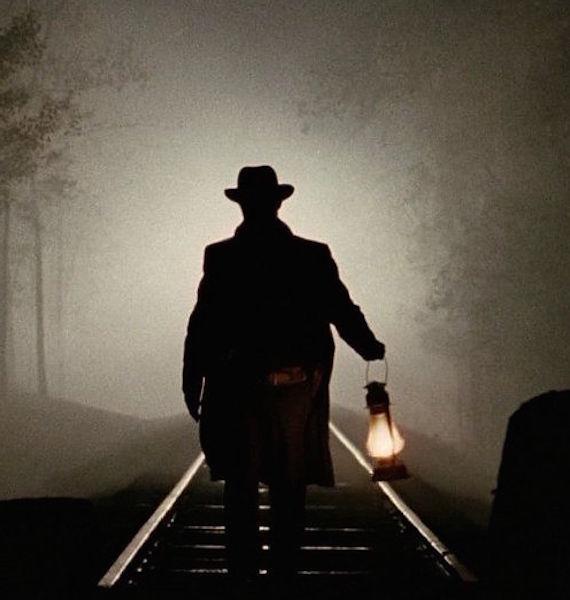 There were several odd incidents which cropped up that have supported this theory. Harmon supposedly had a Keith McKaskle take aerial photographs of the crime scene during his initial “investigation” into the deaths, shortly after which he was murdered. There has also been the mysterious 1989 death of Greg Collins, who had been called to come in front of a grand jury concerning the case and was found dead with his face blown off by a shotgun, as well as the suspicious deaths of other witnesses such as Keith Coney, who died in a motorcycle crash, the body of a Jeffrey Edward Rhodes found in a landfill, and the mysterious disappearance of a Daniel “Boonie” Bearden. Is this all coincidence or something more?

The drug connection was also pursued in a 1988 episode of the TV show Unsolved Mysteries, in which Garrett told host Robert Stack that he felt the boys had come across a drug deal they were not supposed to see and been killed, and also suggested that a cover-up had been put in place. This theory has also been extensively pursued in journalist Mara Leveritt’s award-winning 1999 book The Boys on the Tracks, which goes into extensive detail on the connection of drugs and government cover-ups to the mysterious deaths, as well as Linda Ives and Pat Matrisciana’s rather controversial and conspiratorial documentary on the case, The Obstruction of Justice.

There are a plenitude of questions orbiting this bizarre case. What happened to Don Henry and Kevin Ives? Was it a marijuana induced accident as originally claimed? If so, why would they wrap themselves in a green tarp and where did that tarp go? Was there ever any tarp to begin with? Or perhaps it was a suicide? It seems highly unlikely considering the testimony and evidence at hand. Who was the man in military fatigues seen roaming abut the scene, and if he did exist did he have anything to do with these events? Was the report of a police beating true, and if so was it the dead boys? Did they see something they were not meant to, killed for it, and their deaths covered up? Is the government and law enforcement involved? As much as has been discussed on the strange deaths, they at this point remain unsolved.

Mystery Spy Plane Has Been Circling Seattle for Days