The Mystery of the First Civil War Submarine Has Been Solved

The American Civil War has been in the news quite a bit recently, but a new revelation about the demise of the first submarine and the mysterious deaths of its crew shouldn't start any protests. This historic and tragic tale of the last moments of the H.L. Hunley now has a shocking conclusion.

The 40-foot-long, hand–crank-propelled submarine was designed to sneak up on enemy ships underwater and attack with its only weapon – a copper cylinder filled with gunpowder. This was new naval technology in 1863 and the Hunley sank twice unintentionally, killing 13 crew members, but was able to be recovered and placed back into service. It entered the history books on February 17, 1864, when it used its ‘torpedo’ to attack the USS Housatonic in Charleston Harbor and become the first submarine to sink an enemy ship. Unfortunately, the crew never got to brag about it back at port because the Hunley sank once again, killing its 8-man crew. This time, it stayed lost on the bottom. 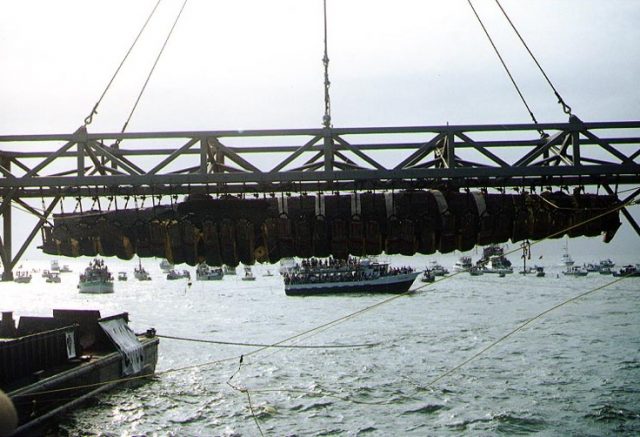 That is, until 1995 when it was found (by Clive Cussler) and 2000 when it was raised. That’s when researchers made an eerie discovery … the eight crew members were still at their stations as if they had just attacked the Housatonic. Why had they not moved?

A discovery in 2013 gave a clue. Researchers determined the sub was still attached to its ‘torpedo’. The weapon was not designed to propel away from the sub but was instead attached to a 22-foot-pole which required the sub to get about 21-feet from the enemy ship before ramming it into its side to detonate the charge and blast a hole in the hull.

According to a new report in the journal PLOS ONE, a team of researchers at Duke University led by biomechanist Rachel Lance decided to use all of this data to build a working model of the Hunley, complete with a working weapon, and simulate the attack. The hardest part was not building the 1/6th scale model nor placing instruments at key positions to measure the force of the blast … it was creating an environment inside of it to simulate what happened when the force of the explosion met human flesh – a task that took three years. 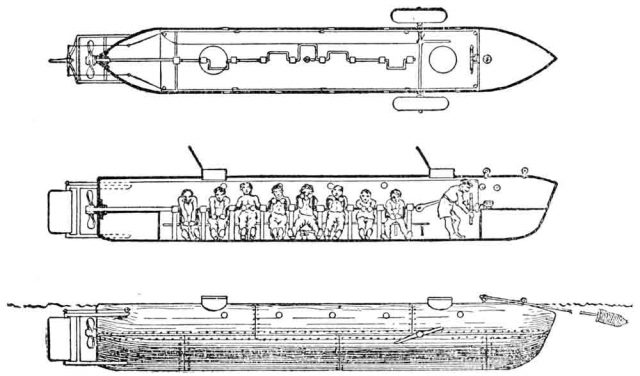 Lance brought the model to an eight-acre pond on a farm in St. Louis, North Carolina, and recreated the attack, or at least the blast. The results were shocking in more ways than one. Measurements inside the model showed that the Hunley crew members most likely died after the pressure wave from the explosion also blasted their internal organs apart – killing them with what is now called “blast lung.” In medical terms from the Journal of Military and Veterans’ Health:

No matter how scientifically you describe it, dead is dead. At least it appeared to be quick. This shock wave would also solve the mystery of why a gold pocket watch worn by the Hunley's captain, Lt. George Dixon. stopped at 8:23, the estimated time of the attack.

The mystery of Hunley is solved. If only the war could end that easily.