The Paranormal: Mistaking Fiction For Fact

My previous article here at Mysterious Universe was titled "The Beast of Bala Lake: A New Report." It was focused on the alleged sighting of a huge pike in the waters of Bala Lake, Wales. A few years back, the Devon, England-based Center for Fortean Zoology launched a project designed to document all the many and varied reports of large pike in the waters of the U.K. I well remember that on one occasion the CFZ's Richard Freeman got very excited by the story of a man who had once read of a huge pike in an English lake - a violent marauding beast of monstrous size.

Unfortunately, as Rich dug further and further into the story, he found to his disappointment that the man in question had made a mistake. What the man actually read was not a news story of the giant fish, but a horror-novel written back in 1982 called The Pike. The author: Cliff Twemlow. The book is an entertaining bit of cryptozoological hokum - kind of a second rate Jaws. Rich's source, however - and as a result of the passage of a couple of decades - had innocently got fact and fiction mixed up. I have seen things like this happen on several occasions. This issue of mistaking fiction for fact is something that those of us who investigate the mysteries of this world should be aware of - and remember, too. 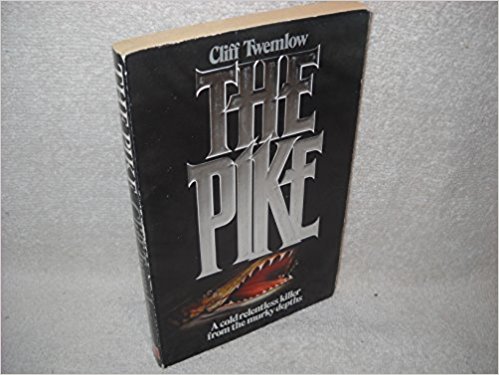 I'll give you a personal example: back in 2006, I spent 6 or 7 months in England, where I grew up. While there, I attended a couple of local lectures in the county of Staffordshire. At the end of one of the lectures, a guy came up to me and asked if I was aware that in Hopwas Woods - an area of woodland not at all a long distance from where I once lived - there was something terrible lurking. Granted, Hopwas Woods does have a few weird tales attached to it (see this link).

Did I know, he asked, that deep in Hopwas Woods there was a bog that was so deep it was practically bottomless? On top of that, an ancient book had been found in the area which contained codes that, once deciphered, could allow for the summoning of terrible beasts from the depths of the bog. I asked the guy where the story came from. He said that he thought (but was not fully sure) that he had read about it in The Unexplained - which was a very popular weekly "partwork" magazine published in the U.K. in the early 1980s and which built up into multiple, bound volumes.

I had to break the news to my informant that his memory was playing tricks on him. The story he remembered was never published in The Unexplained at all. What he was remembering was a 1975 novel called The Sucking Pit - the author being Guy N. Smith, who has written an untold number of horror novels over the years. As luck would have it, I read the book in my late teens, around eight or nine years after it was published. I still have it to this day, somewhere on one of my bookshelves. 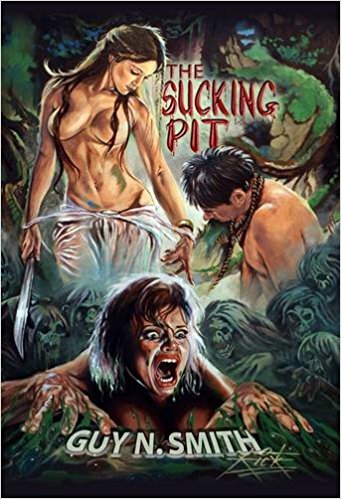 So as there can be no mistake, here's a portion of the back-cover text of The Sucking Pit: "Deep in Hopwas Woods was a green and peaceful glade. The grass was smooth and weedless, the sun rarely penetrated there, and the local villagers had learned to shun the place. For this was the site of a treacherous and seemingly bottomless bog. Nothing that fell in whether by chance or purpose ever managed to escape."

The back-cover also refers to "...a little black book..." which contained "...ancient secrets..." There's no doubt that this is where the tale told to me in 2006 came from. But, the important thing is that I don't believe there was any attempt to deliberately deceive me. The Unexplained was published more than twenty years before I had the chance encounter in 2006. And, just like Richard Freeman, his source, and Cliff Twemlow's novel The Pike, I'm sure the telling of the Hopwas Woods saga was just an innocent mistake.

But, cases like the one given to me and that which was shared with Richard Freeman do serve to demonstrate that, from time to time, the mind and the memory act in very strange ways - even to the point of creating tales of monsters that were solely born out of fiction.

An Alien Being Spotted in a North Carolina Sewer (Again!)