Ants are the most socialized and organized members of the insect world and quite possibly hold the title among all living things … especially when compared to current humans. There are also a LOT of them, they have armies, some of them can fly and fire ants – in addition to having a nasty venomous bite – can lock their legs together and create living boats. These are not creatures to mess with, right?

Too late. Two independent teams of researchers have used the favorite new toy of scientists – CRISPR – and genetically altered ants. According to Claude Desplan, a New York University biologist and an author of one of the studies published in the journal Cell, these ants are “the first mutant in any social insect.” What could possibly go wrong?

“Ants are amazing because with the same genome you can be a queen, or a worker, or another class of worker, or a soldier.”

Desplan's research group worked with Harpegnathos saltator, a species of jumping ant found in India. These ants are all fertile and can potentially become the queen by winning a giant ant battle for dominance. A second study -- led by Daniel Kronauer, head of the Laboratory of Social Evolution and Behavior at Rockefeller University, and graduate student Waring Trible, used the more dangerous-sounding clonal raider ants (Ooceraea biroi) which reproduce asexually through parthenogenesis. Both of these reproductions methods along the ants to easily pass their mutations to the next generation. Oh boy.

Each group used the CRISPR-Cas9 technique to remove the one gene that knocks out the odor receptors of the ants, removing their ability to detect pheromones, the medium ants use for the communications that allow them to carry out their complex interactions. What could possibly go wrong?

As expected … plenty. The Indian jumping ants wandered aimlessly, stopped hunting for food, quit laying eggs and gave up fighting to become queen. The clonal raider ants also started wandering, became antisocial and acted startled for no apparent reason. In both cases, the loss of communications destroyed the social organization of the ants and their offspring, thus rendering the colony dysfunctional.

OK, so we know that these mad scientists can now create disorganized mutant ants. But why?

"It was well known that ant language is produced through pheromones, but now we understand a lot more about how pheromones are perceived. The way ants interact is fundamentally different from how solitary organisms interact, and with these findings we know a bit more about the genetic evolution that enabled ants to create structured societies."

Kronauer hopes to find the genes that influence how ants in a colony divide their labor and then manipulate their genes to create specific classes of workers. Desplan seeks to understand why a worker ant only lives seven months, but its lifespan increases to four years when it becomes a queen. However, if they go back to their old job as worker, they die off quickly. There’s obviously some sort of genetic aging switch and Desplan wants to find it.

If this sounds a little (or a lot) like Aldous Huxley’s Brave New World for ants, you’re right. The mutant ants are already here. What ELSE could possibly go wrong? 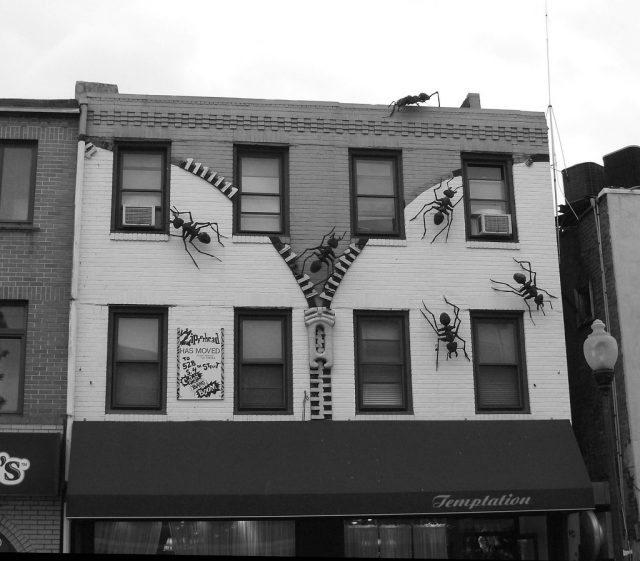 Strange Disappearances on the Highway of Death