If you're an expert at UFO photography, do those skills translate to taking good pictures of cryptids like the Loch Ness Monster? Does Nessie move about on land or transport itself hundreds of miles via some sort of portal or teleportation power? A couple of Austrian UFO scientists walking around Loch Creran in Argyll, Scotland -- 80 miles from Loch Ness – took some pictures of what they believed to be Nessie -- although it could have been Loch Creran’s own sea monster (Cressie?). Were they looking for cryptids or UFOs … or both?

Waltraud Kaliba and Juergen Trieb call themselves UFO scientists for good reason. The couple are collectors of all things UFO, particularly photographs and videos, in their hometown of Knittelfeld, a city in the state of Styria in southeast Austria that is considered to be a UFO hotbed. A 2014 Austrian profile on them said, “Waltraud Kaliba and Jürgen Trieb are currently one of the most sought-after persons in UFO research.” 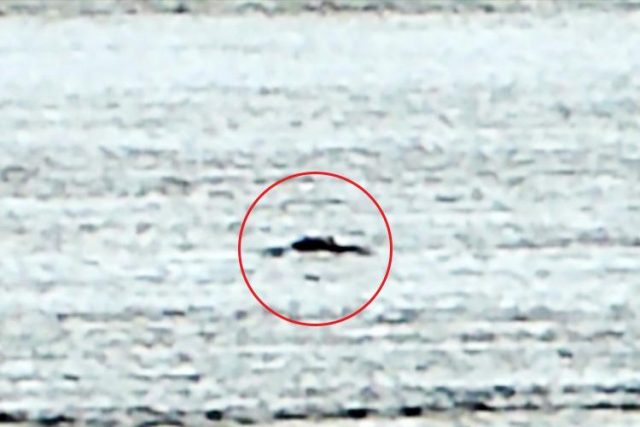 In addition to being UFO scientists, the pair are photographers and photo cleaners, but that description may take a hit after clients see their photos of whatever it was they saw on Loch Creran. The report doesn’t say why the couple was there but good UFO scientists and good photographers generally never go anywhere without good cameras, especially in Scotland, the home of good monsters. Here's what they they claimed to see:

“Within a distance of 200 meters [656 feet] the head and back of a mysterious creature popped out of the quiet waters surrounding the Isle of Eriska.” 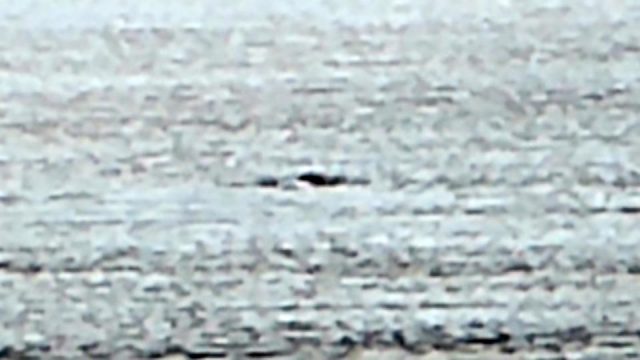 They estimated the creature was out of the water for 10 seconds, long enough for a photographer with a professional camera to get dozens of shots in burst mode. Waltraud and Juergen got two blurry photos with a phone. That won’t get them honored as the most sought-after persons in lake monster research. However, it will get them publicity for their UFO presentations and documentaries on their research – the most recent being shown earlier this year on Austrian TV.

Waltraud Kaliba and Juergen Trieb are convinced those blurred photos are “two sensational pictures” which “show the image of the unknown creature” they believe to be the Loch Ness Monster in Loch Creran, 80 miles from home. Their pictures aren’t convincing. Their testimony isn’t either. They definitely saw something but you’d expect UFO scientists to have better evidence before going public. With their experience in UFO tracking and photography, if they really want to be taken seriously by Nessie fans, they need to come back with their good cameras and the attitude and perseverance they've used to get their sharp and colorful UFO photos.

Mysterious People Who Drove off the Face of the Earth