Listen, my children, and you shall hear
Of the outhouse owned by Paul Revere

With apologies to Henry Wadsworth Longfellow, workers digging at the Boston house once owned by American patriot Paul Revere during the American Revolution found what archeologists have identified as the structure that Revere used for his outhouse. Soon we may know if Revere precipitated his famous “One if by land, two if by sea” ride with a #1 or a #2 or both (you knew it was coming). 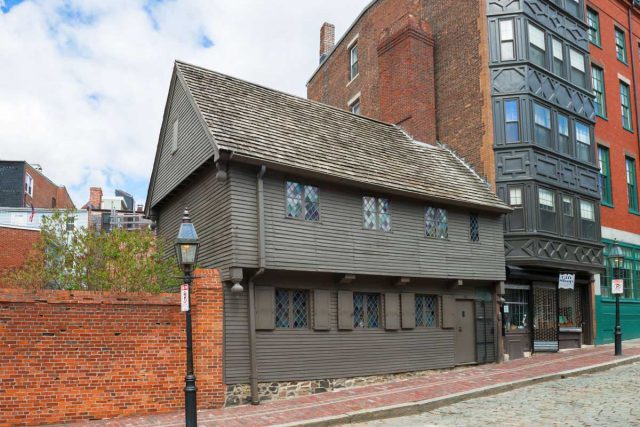 The Paul Revere House, a National Historic Landmark, is located at 19 North Square in the historic North End of Boston, Massachusetts. The original three-story house, the oldest in downtown Boston, was built around 1680 and owned by Paul Revere from 1770 to 1800. After the Revere family moved out, the ground floor was converted to shops. In 1902, Revere’s great-grandson, John P. Reynolds Jr., bought the building and in April 1908, the Paul Revere House opened as one of the nation’s earliest historic house museums.

According to the report by WBZ-TV, workers called City Archeologist Joe Bagley when they found a four-by-six-foot brick foundation that was too small to belong to a house or a storage building. That left the most important structure in any pre-indoor-plumbing household – the outhouse. Archeologists love finding where people disposed of their wastes – bodily or otherwise – and Bagley couldn’t contain his excitement.

“We’re hoping to find the individuals’ waste themselves, which, we can get seeds from what they were eating, we can find parasites, find out what their health was, but then everything else that they threw out from their house.”

Bagley is up on his early American history and building codes, so he knows where and how deep his workers will need to dig to get to the archeological “good stuff.” At the time the Paul Revere House was built, Boston had a law requiring houses to have an outdoor toilet (aka outhouse or privy) that was at least six feet deep. The privies were built on small brick foundations and lined with clay so they didn’t leak and contaminate the family well. If they’re lucky (how lucky can you be when you’re digging in human waste?), the workers will find the waste of multiple families who occupied the house at various times.

Are you still here? You’d make a good archeologist. Bagley sounds absolutely giddy describing what he hopes to find.

“We love finding privies. We think we have one. The only way to find out is to dig down into it and see if it has that nightsoil–that kind of smelly, dark soils which are now composted and not that bad, but they might have a stench still, a little bit.”

While there were no cell phones in Paul Revere’s time, it appears people did other things while occupying the outhouse – the workers found the handle of a German beer stein.

What else will they find in Paul Revere’s outhouse? One thing we know for certain from the history of the famous ride, Revere was through going by the time the British were coming. 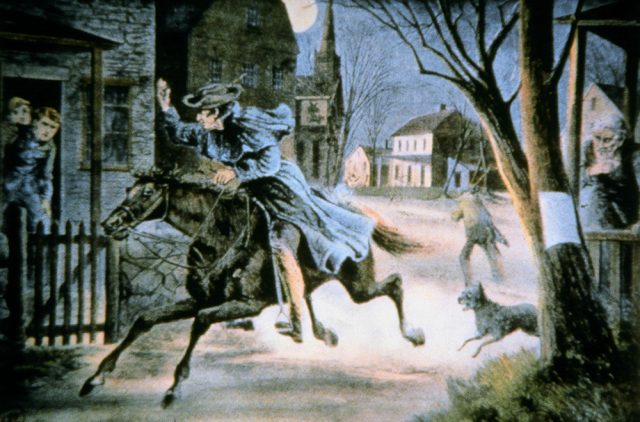