‘End of the World’ Exhortation From Eminent Exorcist

If Planet X doesn’t show up on September 23rd and end the world, or at least the United States, as we know it, don’t breath that sigh of relief right away. The one-time ‘World’s Youngest Exorcist’ is now older and allegedly wiser in the ways of the wicked one and he believes that it’s Satan, not climate change or HAARP, behind the recent hurricanes and earthquakes. He also knows where the devil is hiding and even he, the former ‘World’s Youngest Exorcist’ may not be able to get to him. Scared yet?

When discussing the apocalypse, it seems odd to be quibbling over the definition of ‘the world’ and ‘this world’, but it sounds like this exorcist is exhorting us to exit the Earth with Elon (Musk) and emigrate to Mars, which won’t be easy with such a short warning. The exorcist is Don Antonio Mattatelli, the pastor of Montemurro in the diocese of Tricarico (Basilicata), who, according to Catholic magazine, has been giving radio interviews warning his hometown Italians about the apocalypse and the devil ever since that country’s own recent spate of earthquakes, including one this week in the Lazio region.

Natural disasters brought on by immoral Earthlings influenced by the devil may be too big of a project for even the former ‘World’s Youngest Exorcist’ to stop, but at least Don Mattatelli can tell us where the wicked one is hiding … inside Kim Jong-un, the leader of North Korea.

“Behind Kim Jong-un is surely Satan, in North Korea all are forbidden religion and there is only the idolatry of the leader who has replaced God.”

That’s good news for those who think the apocalypse will be brought on by an unnatural disaster like an unhinged world leader. Unfortunately, not even hinged world leaders, let alone exorcists, can get in to see Kim Jong-un -- only unhinged retired NBA players. When asked if he could perform a remote exorcism, as Pope Pius XII was said to have tried with Hitler (we know how that turned out), Don Mattatelli explained why this was beyond the powers of popes and even the former ‘World’s Youngest Exorcist’:

“It would not be a real exorcism because the person must be present.”

Good luck with that. Is it too late to train Dennis Rodman to exorcise? 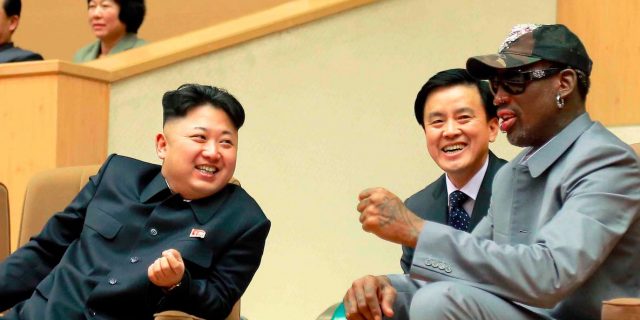 While it’s tempting to say “What’s the harm? It couldn’t hurt. We need all the help we can get.” to Don Antonio Mattatelli and others preaching similar messages, let’s not forget that we’ve had exorcists and apocalyptic warners before and we still have hurricanes and unhinged leaders. Can we try something else?

A Mystery Illness is Turning Pennsylvania Wildlife into Zombies