“The Yeti is a wild man that lives out in the mountains, and that’s his footprint.”

When your grandfather and your father both tell you that the footprint photo in your tiny hand is that of a legendary manbeast who lives in the Himalayas, you believe them, right? Daniel Taylor did and that incident was the first step of a lifelong journey to find a Yeti or the maker of the footprint. He found one of them.

In Daniel C. Taylor’s long list of achievements, “Yeti researcher” is high but not at the top. The 72-year-old is a social activist has been closely involved with Future Generations, an organization which promotes “a global shift in practice that promotes more effective partnerships between communities, governments, and organizations to achieve community change and conservation,” and the UNICEF SEED-SCALE method of guiding ideas and pilot projects to fruition. The SEED-SCALE method is based on the idea that social change requires the interaction of values, economic dynamics and environmental conditions.

Yeah, yeah, yeah … what about the Yeti?

As he details in his new book, Yeti: The Ecology of a Mystery, Taylor was born to American parents living and working in India. That single photograph – the famous image taken in 1951 by Eric Shipton – inspired him to explore the Himalayas for nearly 60 years in search of the Yeti, eventually visiting most of the valleys where it was most likely to live. That exploration led to Taylor founding The Mountain Institute, a non-profit dedicated to conserving and protecting mountain ecosystems and the people who live in them. 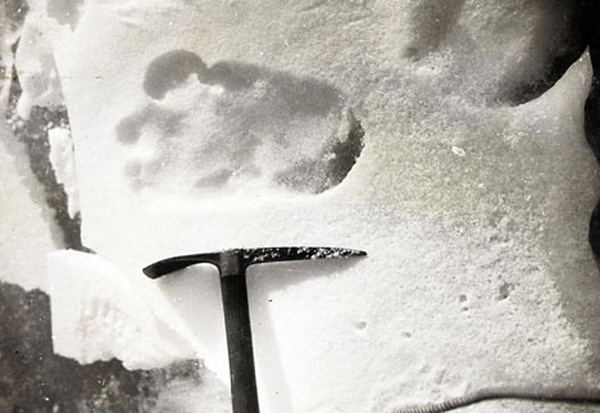 OK, Daniel C. Taylor has a pretty impressive resume. NOW can we get to the Yeti?

“If you want to go to the wildest place, where the Yeti might be, it is the Barun.”

In a recent interview with National Geographic, Taylor describes his journey to find the foot that made the footprint. He was told by the King of Nepal to search in the Barun Valley, which has a wet, dense jungle suitable for a Yeti to live in, but nearly inhospitable for humans except along the perimeters. As promised by the king, Taylor quickly found fresh footprints similar to the famous photograph. He showed his own photograph to another person, just like his father and grandfather showed him.

Curb your disappointment for a moment. Asian black bears (Ursus thibetanus) are an ancient species that still resembles its prehistoric ancestors. It’s the most bipedal bear and an efficient climber due to that opposable grip. What Taylor and Shipton seem to have found are the front paw prints of Asian black bears and these bipedal bears move up the list of possible Yeti explanations. 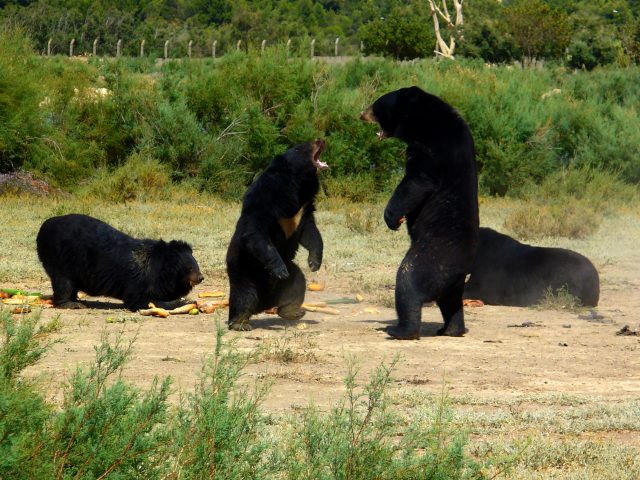 Is this the end of the hunt for the Abominable Snowman? Social activist, environmentalist, teacher and Yet hunter David C. Taylor says no.

“The deep mystery at our core is that we want to be connected to the great beyond. And we need symbols to help us understand the connection. That’s why we believe in God or angels or the Loch Ness Monster. Throughout human history, and across human cultures, we have developed messengers from the great beyond. Ultimately, that’s what the Yeti is.”

The search for Yeti will save humanity. Take that, Bigfoot!

Rise of the Killer Robots