“Haunted by a Phantom Ape”

On several occasions, I have written here at Mysterious Universe about the phenomenon of what I call "anomalous apes." Most cryptozoologists are of the opinion that the likes of Bigfoot, the Yeti of the Himalayas, the Yeren of China, and the Yowie of Australia are wholly flesh and blood animals of a presently unknown type. There are, however, more than a few reports of such creatures that seem far more phantom-like in nature. It's important to note that there is nothing new about anomalous apes. To demonstrate that, we have to turn our attentions to a certain book written back in 1954.

Elliott O'Donnell (1872-1965) was an author of many books on the world of the supernatural. They included Ghostly Phenomena (1913), Confessions of a Ghost Hunter (1928), and Strange Cults & Secret Societies of Modern London (1934). And, in 1954, there was Dangerous Ghosts. It's this book to which we need to turn our attentions. In its pages O'Donnell said to his audience that "...Mrs. James, a reader of my books, told me, when I was living in London, an extraordinary story of Mr. Ward, one of her girlhood friends, who was haunted by a phantom ape." 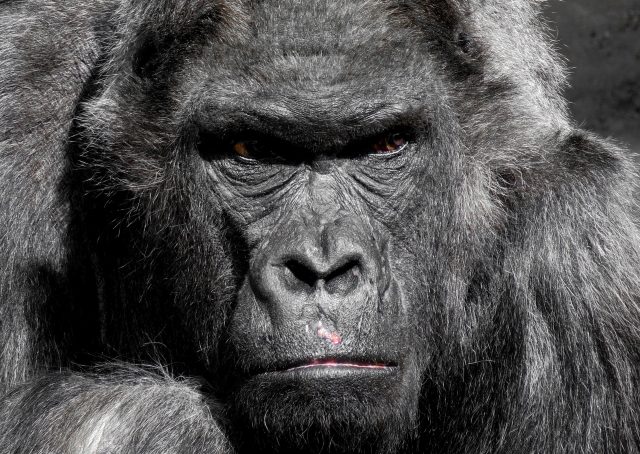 So the story went, Mr. Ward was both an explorer and a hunter. On one occasion, he traveled to Sumatra, in western Indonesia. While everything was fine for a while, things certainly didn't stay like that. It was during the course of his expedition that Ward, while negotiating the dense, jungle environment, shot and killed a pig-tailed macaque - and purely by accident. This was not a wild macaque, however. Rather, it was the pet of a local "Batak Woman" (Batak being a term to describe various groups of people in the northern parts of Indonesia). It's not surprising that the woman was both angry and upset by Ward's careless actions.

On this latter point, O'Donnell wrote that the woman "...cursed him and said that he would always be haunted by something far more terrifying than anything in this world. He tried to appease her but without avail. She spat at him when he offered her money and threatened to kill him if he did not leave the neighborhood at once."

It was then that Ward was hit by a major-sized run of bad luck. It all began when he was badly mauled by a wild tiger. While he recovered, there was more in store for Ward. Not long after, he went down with a serious case of blood poisoning. The cause was either a sting or a bite - but from what, exactly, no-one knew. Ward's health plummeted and he was forced to return to his home in London, England. But, something may have gone with him; something terrifying and monstrous.

When Ward got back to his apartment in London's Hampstead area, very strange things started to happen. O'Donnell came right to the point and said that Ward, "...told one of his friends that he was haunted by a phantom ape that came to his bedroom every night and made hideous faces at him." O'Donnell continued that Ward's friend suggested he see a doctor, due to what was perceived as Ward's "paranoiac" state. Ward flatly refused to do so. For Ward, there was nothing wrong with his mind at all. It was the domain of the supernatural that had him concerned.

It so happens that Ward's friend knew a Roman Catholic priest, a Father David - and both agreed to stay over at Ward's apartment, in the event that the "hideous" phantom ape just might put in yet another appearance. It did. O'Donnell wrote: "They kept watch in the dark outside his room after he had gone to bed. Between one and two o'clock Ward screamed. They sprang from their chairs and rushed into his room. The priest crossed himself and uttered a prayer. Ward was unconscious."

When Ward came out of his state of unconsciousness, he managed to ask: "You believe me now, don't you?"

Ward's friend replied: "I do, although I saw nothing. Father David would not have been so startled and have prayed like he did unless something very terrible was in the room." 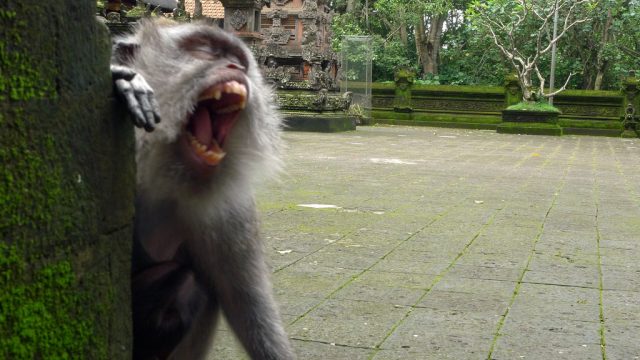 Father David, however, did see the creature. In a shaky and trauma-filled fashion, he admitted: "Something very terrible was in the room." Father David added: "I saw it very distinctly. It was simian just like you described it, Mr. Ward, and very diabolical. It vanished directly I prayed. It won't trouble you again." Father David then sprinkled holy water on the floor of Ward's bedroom. Sure enough, the monster never returned.

So, what are we to make of this particular story? Well, let's start with Ward's words on the appearance of the menacing thing which plagued his sleep. He described it as "a phantom ape." Those who believe that animals have souls, and live on after death, might be inclined to say that what manifested in Ward's bedroom was the ghostly form of the macaque. It's important to note, though, that macaques are monkeys and not apes. It may not be overly relevant, but as a hunter and explorer, we might expect Ward to have known the difference between the two. So, what Ward encountered may not have been a ghostly macaque, but something very different.

Of course, the most likely explanation for all of this is that Ward was still ill by the time he reached London. Maybe, he was still affected by that sting or bite which had such a serious effect on his health. Night-time states of fever provoking graphic images of something monstrous? It does make some sense. But, what of Father David having seen the creature too, albeit briefly? Well, maybe he really did see the infernal thing. Or, perhaps, he was caught up in the intrigue and anticipation and - on that dark and menacing night, filled with tales and thoughts of the supernatural - his mind played tricks on him. Graphically so.

Ghostly monster of the ape variety? Or the result of fever, hysteria and hallucination? Whatever the answer, decades later we'll never know.