It seems like a harmless act. While visiting an old stone building or a natural monument, many are enticed to pick up a curious rock and take it home as free souvenir. Before you know it, the stone monument is a pile of pebbles and the volcanic mountain is an ash molehill. Or worse. The thief is haunted by the spirits that protect the place, bringing bad luck, or worse, endless gnawing guilt. There’s only one solution. Death by self-stoning? That’s a difficult one to pull off. The spirits will generally relax if the stone is returned. That’s what an Australian tourist did to end the horrendous circumstances he brought upon himself after stealing a stone from the abbey at Abbeycwmhir in Wales, a monastery established in 1176 and possibly guarded and haunted by a headless prince.

''I am so sorry for taking, borrowing, stealing this piece of the old Abbeycwmhir. 'I have been an avid follower of the Welsh Kings and their history and so I took this rock. Ever since I have had the most awful luck as if Llewellyn himself was angry with me. So I am sending it back. I will not leave my name or address, just a heartfelt sorry from an Australian fan.''

That note plus a small acorn-sized rock are now on display at Cwmhir Abbey near Llandrindod Wells in Powys, a county in Mid Wales, as a warning to anyone thinking of absconding with a piece of Welsh history. It was received recently by the Abbeycwmhir Heritage Trust and not much else is known or revealed about the luckless Aussie thief. 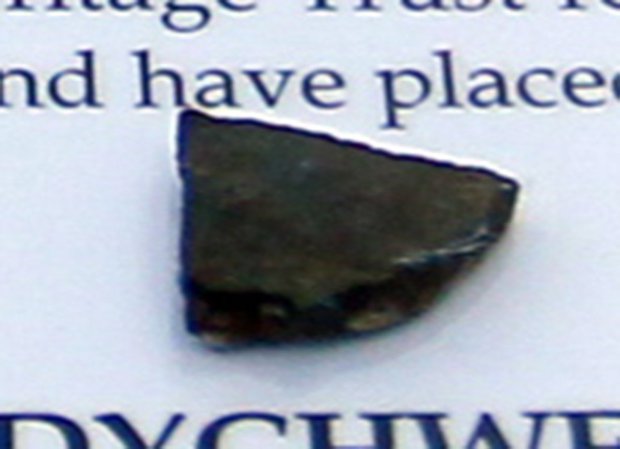 However, much is known about the headless ghost who may be behind the bad luck. The Cistercian (a religious order) monastery was founded in 1176 by Cadwallon ap Madog, a prince who was killed by the English Sir Roger Mortimer of Wigmore in 1179. the families of Mortimer and Cadwallon ap Madog feuded over the abbey for decades. Llywelyn ap Gruffudd, last native Prince of Wales by direct descent, was killed in a nearby battle in 1282 in the rebellion against Edward I, and his headless body was buried in the abbey.

Aha! Aha? Not yet. While tales of the headless ghost of Llywelyn haunting the abbey have been told for centuries, he may not be buried there. One persistent rumor puts him under a pub in Cardiff, the capital of Wales and 100 miles (166 km) from Powys. The area around Llanrumney Hall was once a monastic grange or farming area. It became the home of the famous pirate, Sir Henry Morgan, and was later an Elizabethan mansion and finally, a pub. According to Dr John Davies, chairman of the Abbey Cwmhir Heritage Trust, Edward I may have wanted Llywelyn buried where he would not be hailed as a martyr, so the Llanrumney Hall story is possible.

"A grave, secretly, in a monastery in a safe part of Wales administered by a monastic community that had no Welsh sympathies, would be much safer. The story could make sense."

In fact, another legend is that a stone coffin found in a thick wall during Llanrumney Hall renovations in 1812-1823 contained a headless corpse. The coffin and its contents were supposedly reburied under the hall, which is now a pub.

If the headless ghost of Llywelyn is in Cardiff, whose ghost was haunting the Aussie who returned the stolen stone? Whoever it is, it would be wise to avoid taking rock souvenirs from either place.