Do you remember the mysterious metal starfish found off the coast of East Beach in Westerley, Rhode Island, a few weeks ago? It wasn’t actually ‘found’ because some locals knew about it but no one had any idea what it was and it posed a danger to swimmers and boaters at low tide. Matters were made worse when Peter Brockmann, president of the East Beach Association, posted underwater pictures of the metallic starfish and the uncertainty of its origin raised fears worldwide – such is the power of the Internet.

Brockmann promised to excavate the object and hired Rocky’s Tree Service of nearby Charlestown to pretend it was a tree and haul it out and away. After a couple of delays and failed attempts, the job was turned over to Sacco Enterprises of Charlestown, a septic tank contractor with some heavy duty excavation equipment and experience in muck-filled mysteries.

“It’s going to put the United States and Westerly on the map if it is a UFO.” 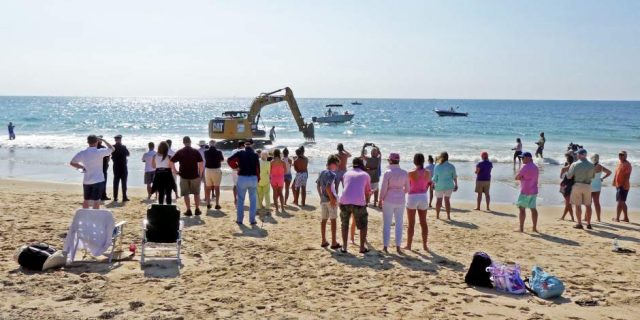 Thewesterleysun.com interviewed 12-year-old Gus Kellogg who was hoping to see history being made. Attesting to the popularity of the strange 8-legged object, almost 100 people showed up for the excavation (sounds like the makings of an annual metallic starfish festival). After moving the equipment into place, someone signaled the start by yelling “Hold my beer and watch this!” and the digging began. 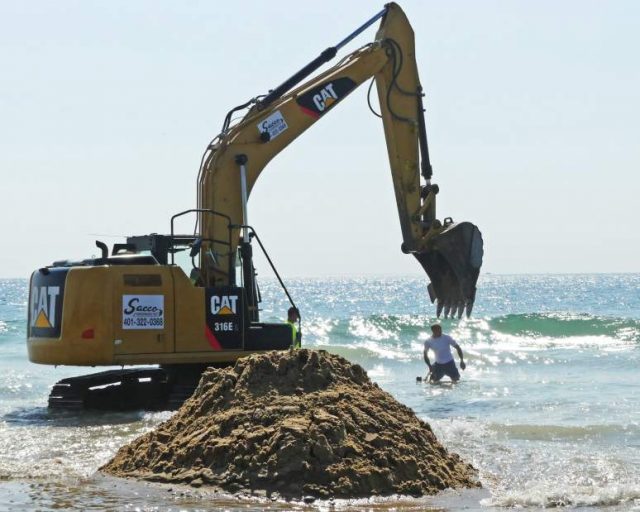 Forty-five minutes later, after going down seven feet into the seabed, the digging ended and experts (i.e. curious locals, reporters and tourists) moved in to figure out what the object was. That proved to be difficult because it was no longer an 8-legged metallic object but a pile of at least eight metal pipes, some curved pieces and some things best classified as ‘stuff’. While they managed to somewhat piece it back into the shape of a starfish, no one could positively identify it. Peter Brockmann was as disappointed as young Gus Kellogg.

“It’s baffling, it isn’t what anyone thought it was.” 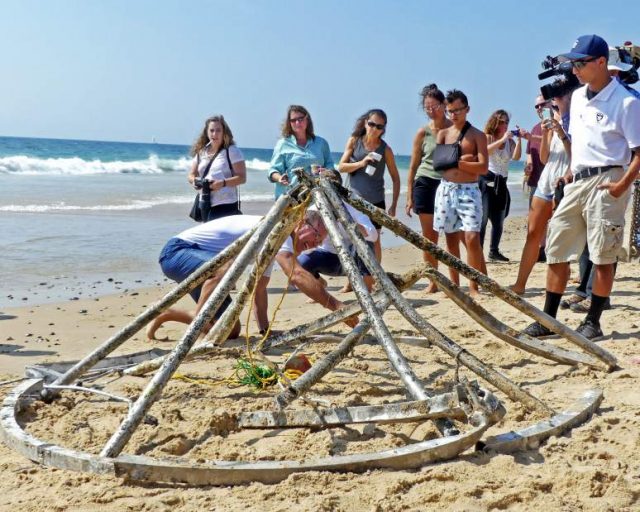 Whatever it is, it was deemed baffling enough to be taken to an “undisclosed location” for further analysis. Area 51? Wright Patterson Air Force Base? The local police station?

You’ll have to wait until the first annual East Beach Mysterious Metallic Starfish Festival to find out.