Where did members of Britain’s Neolithic culture 4,500 years ago head to at night when they wanted to let their dirty hair down and party like rock stars? To the rocks, of course. But not just any standing rocks or stone circles. New research suggests that the top Neolithic night spot was on the Orkney Islands in the Northern Isles of Scotland. That sounds like a long way to walk. Were the parties worth the trek and swim? Was there a quartz disco ball?

A new study by Professor Alex Bayliss from Historic England for The Times of Their Lives project focused on Orkney, which has some of the best-preserved Neolithic settlements (Skara Brae) and stone circles, such as the Standing Stones of Stenness and the Ring of Brodgar. Bayliss and her team used a new carbon dating technology called the Bayesian Statistical framework. It combines radiocarbon dates with archaeological data, enabling them to date artifacts within a 50 year margin-of-error, far surpassing the old 300-year margin.

After carbon data analyzing more that 600 artifacts, the picture they formed of Orkney made it look more like a Neolithic New Orleans. It showed the settlement forming around 3600 BCE, with the peak village growth, building and farming activity occurring between 3100 and 2900 BCE. A decline in all of this happened around 2800-2600 BCE, then a different kind of activity came to Orkney and its stone circles, says Bayliss.

“It’s not a village – it’s a gathering place … a place where they came back to bury their dead, have summer and winter solstice festivals, and meet a partner.”

In other words, a Neolithic party center. And not just for locals either. The Ring of Brodgar on Stromness on the Mainland, the largest island in Orkney, is a combination henge and stone circle rivaling Avebury that seemed to draw crowds from everywhere.

“Each stone in the Ring of Brodgar is from a different stone or area of the island, so it’s almost like each village brought its own stone there.”

Create a village, live and work there for a time, then turn it into a party town for singles from all over with places for celebrating the dead and annual festivals of religion and bacchanalia. Doesn’t that sound like New Orleans? 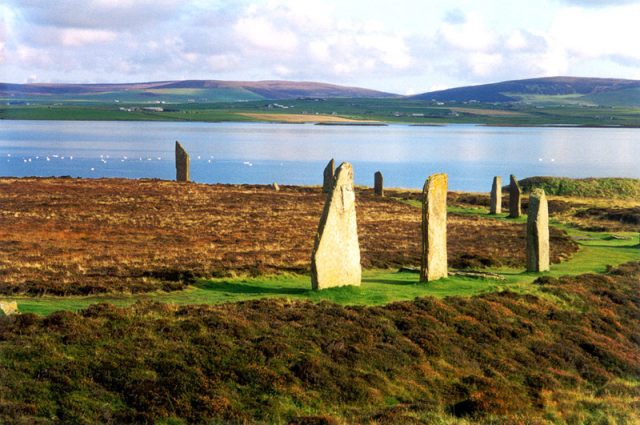 Professor Alasdair Whittle of Cardiff University, principal investigator of The Times of Their Lives, sums it up by pointing out why we need to preserve these ancient monuments.

“Visitors come from all over the world to admire the wonderfully preserved archaeological remains of Orkney, in what may seem a timeless setting. Our study underlines that the Neolithic past was often rapidly changing, and that what may appear to us to be enduring monuments were in fact part of a dynamic historical context.”