Paranormal Phenomena in an Infamous Prison

Tales of blazing-eyed, huge black dogs of an ominous and sometimes deadly kind – and which can take on multiple forms – are significant parts of British folklore and mythology. They even inspired Sir Arthur Conan Doyle to write his classic Sherlock Holmes novel of 1902, The Hound of the Baskervilles. They are among the most feared of all shapeshifters, primarily because they are linked to the realm of the dead and the afterlife. The story which follows is one of the strangest and most sinister of all, when it comes to the issue of what are generally referred to as Phantom Black Dogs - or PBDs.

If you think it’s tough to serve a life-long jail sentence today, you may want to take a look at life in England’s Newgate Prison, circa the latter part of the 1500s.To say that existence was grim for those who were destined to die within the infamous prison would be an understatement of epic proportions. And particularly so when you’re also faced with fighting off a marauding entity that is part-human and part-monstrous hound. But, let’s not get too ahead of ourselves. A bit of background on Newgate Prison is first required.

The origins of this particularly notorious jail date back to 1188, which was the year in which its huge, creaking doors were first opened. Such was the level of violence that existed in lawless England at the time, the facility was constantly being added to, specifically to cope with the ever-growing band of criminals that came its way. In other words, business was not just good: it was positively blooming. Things remained that way until the doors of the prison were finally shut, in 1902.

It was, however, in the 1500s that Newgate Prison earned its reputation as a definitive hellhole. During this period food for the people of London was at its lowest. Malnutrition, starvation, and death were very much the order of the day. Behind the walls of Newgate, however, things were even worse. If such a thing was possible. Yes, unfortunately, it was. Old texts and manuscripts tell of nightmarish scenarios in which the starving, desperate prisoners turned upon one another, literally eating each other alive in cramped, filthy cells and amid a sickening and ever-growing stench of rotting, human flesh.

One of those manuscripts, written by Samuel Rowlands, has proven to be a very curious one. Its title, in quaint, old-English style, was The Discovery of a London Monster, called The Blacke Dogg of Newgate: Profitable for all Readers to Take Heed by. At the very height of the terrible, cannibalistic activity – which even the guards were fearful of trying to stop, lest they, too, became food for the prisoners – a huge black dog suddenly manifested in one of the larger cells, a cell that held more than a dozen criminals. 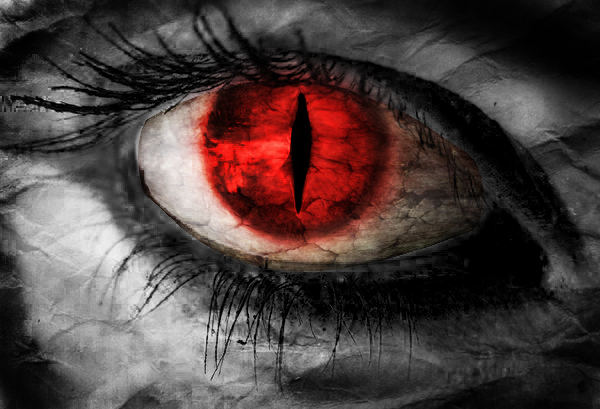 Panic-filled mayhem erupted as the red-eyed, canine fiend rampaged around the room, tearing into the bodies of the emaciated prisoners, and ripping away skin, and crunching down on weakened bones. With the cell turned into what looked like some ghoulish slaughterhouse, and the prisoners all quickly and violently dead, the monstrous hound suddenly vanished – as if into thin air itself. Word quickly got around that the supernatural, killer dog was the shape-shifted form of one of the dead prisoners. He was a man who had been devoured by his fellow prisoners several days earlier, and who had returned in the form of a diabolical hound to take out his very own, unique form of lethal justice.