Planet X Predicted to Split the U.S. in Half

If you’ve been following the recent Planet X predictions (it’s something to do since the eclipse is over and the new Star Trek series hasn’t started yet), you know that the source of many of the more outlandish ones, including the prediction that it will arrive in our sky on September 23rd as part of the apocalypse, is David Meade, author of a number of Planet X/Nibiru/Apocalypse books. With 9/23/17 just around the weekend corner, this seems like a good time to look at his latest prediction that the coming of X will cause the Yellowstone supervolcano to erupt and split the United States in half down the middle. Can Nibiru do what secessionists have only dreamed about?

“The US could be split in half by tsunamis, volcanic eruptions from Yellowstone."

Unlike other Planet X (or Nine or Nibiru) believers and predictors, Meade does not think the giant planet is in a giant orbit around our Sun but instead is in an orbit around the Sun’s binary twin, which is bearing down on its sibling at speeds that will take it from ‘not visible on any current telescopes’ to ‘holy crap there it is!” in just a few days. Actually, Meade has long suggested that Planet X is already visible but the viewer has to be at an altitude of 25,000 feet or higher. Isn’t the Hubble telescope higher than that, you may ask? Who asked you? Besides, Meade claimed recently on Late Night in the Midlands that a French astronomer sent him a “hidden movie” of Planet X but both are concerned about their safety if they release it.

"I'm thinking about it. I don't have a green light yet. I will think about it, it is a wonderful video taken from an observatory managed by three major superpowers taken at night.”

Ah-ha! Three major superpowers may already know about it! It’s time to start connecting dots. Meade is now saying that Planet X will cause the eruption of the Yellowstone supervolcano, which will trigger volcanoes, tsunamis, winds and earthquakes that will violently split the United States down the middle, killing millions. Then, Meade points out, it will get worse.

“The US is going to be a target of all these countries once the Planet X thing begins. It could destroy the electrical grid, and when it returns to 1851 with no electricity our enemies will take advantage.”

Why is Planet X only splitting the U.S. in half and not other countries? Have the past elections pre-perforated it? What do “our enemies” know about the coming of Planet X that we don’t? 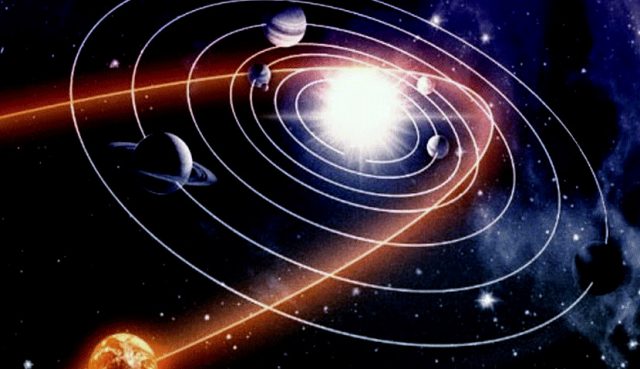 As you already know (or might expect), Meade sees moralistic and biblical reasons for Planet X arriving next week and targeting the immoral U.S. Throw in two tunnels in the Great Pyramid that Meade claims are pointing to the spot in the sky where Planet X will appear and you have all the makings of an apocalyptic prediction of the demise of the U.S. and maybe the rest of the world after it takes advantage of the situation first.

All that’s missing is … science? Astronomy? List of past end-of-the-world predictions? NASA and most other scientific, professional and amateur astronomers agree that, while there may be some giant planet hidden in the Oort cloud, it’s not arriving next week to separate California from the rest of the U.S., no matter how happy it would make some U.S. political leaders or certain world leaders who could then give up their attempts to build nuclear weapons.

If all of these predictions are really true, does that mean the safest place to be on September 23rd is wherever David Meade is?