Many people who know little about St. Francis of Assisi think his biggest miracle was getting his statue in more yards than any other saint. That’s probably true due to his purported love of animals, especially birds, but it’s not exactly a miracle that would qualify for sainthood – otherwise, there would be a St. Flamingo. However, another unexplainable occurrence attributed to the founder of the Franciscan religious order has been recognized as a valid one by the Catholic Church. Now, unlike most other saintly miracles, a portion of the story has been validated by science.

Besides in books on the lives of Catholic saints, this story is now detailed in the journal Radiocarbon. According to the Catholic legend, the well-traveled Francis was away from Assisi in France during the winter of 1224 when he got a feeling that the friars at the Franciscan Friary of Folloni were freezing and in dire need of food. Immediately, a cloth bag filled with bread appeared on the foyer of the friary, feeding the friars and saving them from starvation. They believed an angel brought the bread from Francis is France (it must have been baguettes and croissants) and saved the sack as evidence, treating it as a sacred cloth used only to cover an altar. After Folloni and the monastery were destroyed in a 1730s earthquake, the monks rebuilt and this time put the sack in safe storage. Despite the extra care, only half of it remains. 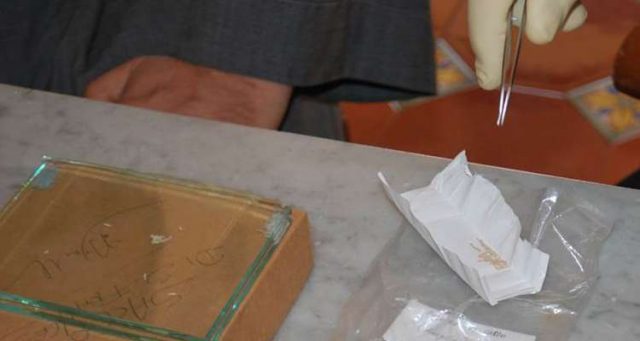 That’s where it has stayed until recently, when Associate Professor Kaare Lund Rasmussen from University of Southern Denmark. a chemist specializing in archaeo-chemical analyses, went looking for new and famous artifacts to date using his latest equipment. He recently analyzed a tiny fragment of an ancient Roman water pipe from Pompeii and determined that the residents were slowly being poisoned but the deadly cause wasn't lead – it was antimony, which was mixed with the lead and is acutely toxic.

The Catholic Church allowed Rasmussen and his team of researchers to remove fragments of the sack (a modern miracle – the Church rarely allows relics to be removed and almost never allows any portion of them to be destroyed) and chemically analyzed. They first determined that the sack was dated to between 1220 and 1295. That puts it in the right timeframe. A second analysis found traces of ergosterol, a sterol or steroid alcohol that occurs naturally in fungi and protozoa and indicates a connection to baking or brewing. The third question Rasmussen’s team sought to answer is when the cloth touched bread.

"Our studies show that there was probably bread in the sack. We don't know when, but it seems unlikely that it was after 1732, where the sack fragments were immured in order to protect them. "It is more likely that bread was in contact with the textile in the 300 years before 1732; a period, where the textile was used as altar cloth – or maybe it was indeed on the cold winter's night in 1224 – it is possible.”

“It is possible.” The dating of the cloth and confirmation of the bread and when it touched it give credence to this story of the sack of bread from Francis of Assisi that many call miraculous. The only thing left would be a DNA analysis to show whether it was touched by an angel or by Francis. It is believed his remains are buried in the Basilica of Saint Francis in Assisi, but the researchers would truly be pressing their luck and needing a real miracle to convince the Catholic Church to allow them to do a DNA test on them. As for getting DNA from an angel … 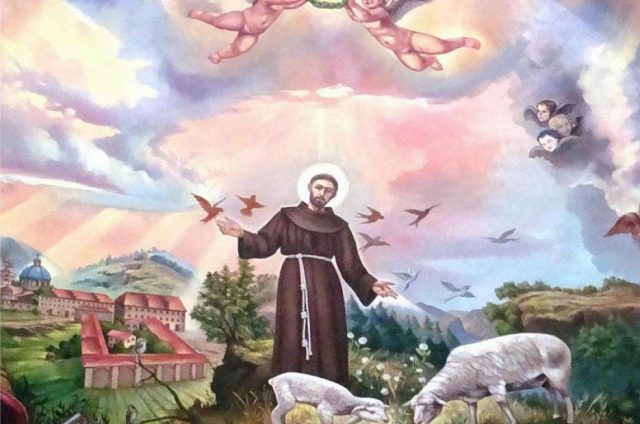