Solar Flares May Drive Sperm Whales to Beach Themselves

Humans are huge fans of the Aurora Borealis but huge mammals may not be Northern Lights lovers. A new study of an unusual number of beached sperm whales during a short period in 2016 is pointing a finger skyward towards the sun and some massive solar flares that may have disrupted the navigational abilities of the whales in the same way they disrupt communications and electrical grids for humans.

In a research study published in the International Journal of Astrobiology, Dr. Klaus Vanselow of the University of Kiel, Germany, led a team of scientists attempting to understand why 29 young, male sperm whales (Physeter macrocephalus) suddenly became stranded in the southern North Sea in early 2016. The whales were between 10 and 15 years old and had not yet bred. Rather than looking for love, they were looking for squid which live in abundance in the colder northern waters. 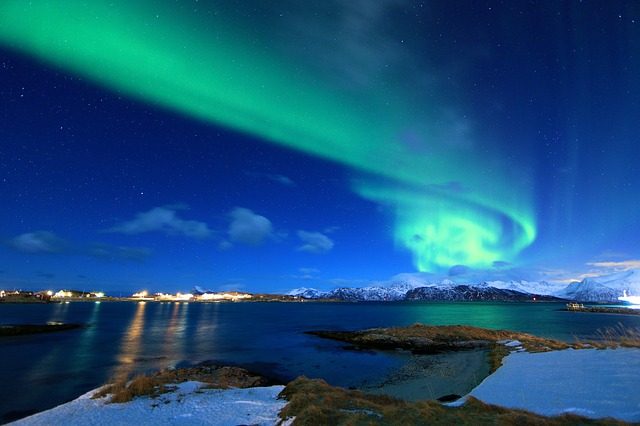 However, it takes more than just hunger to guide the whales from their warm southern playground near the Azores northward to the cold Norwegian Sea and its all-you-can-eat shrimp feast. Vanselow believes sperm whales navigate using the Earth’s magnetic fields as a kind of reverse topological map, guiding them away from shallow waters and other dangers.

That is, the older and wiser ones do. These were young juvenile males who may have made the trip once or twice but were not experienced in dealing with the normal geomagnetic disturbances that produce the Northern lights, let alone the massive disturbances caused by solar flares. These whales seem to have gotten lost in early 2016 and mysteriously turn south towards the shallow shores of Germany, the Netherlands, the UK and France, where they were found beached. 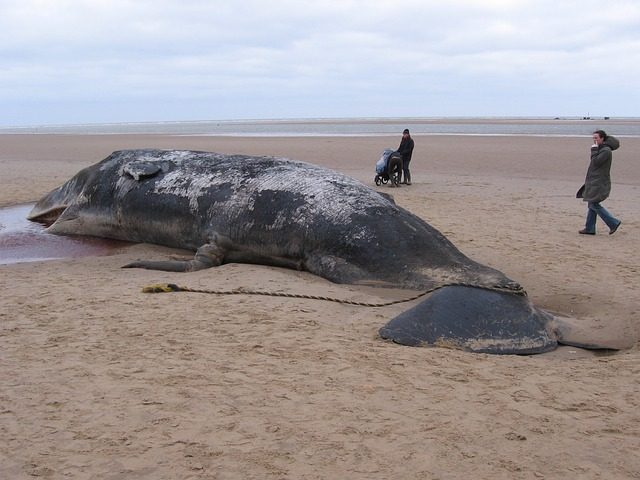 Working backwards from that point, Vanselow found two major solar storms that hit at the end of December 2015, causing major Aurora Borealis in Scotland and nearby areas. The storms would likely have caused short-term shifts in the magnetic field right where the whales would have been navigating northward, possibly deleting a magnetic field that normally keeps whales from entering the North Sea. While older whales have the memories and the experience to recognize these unexpected changes and deal with them accordingly, the young studs did not.

Are these dots – big solar storms, big magnetic disturbances, big whales stranded – close enough to connect? Vanselow and his team think so and so do many other researchers, including some at NASA where studies are going on attempting to connect solar storms to strandings and other abnormal behaviors in a wide variety of whales, dolphins, porpoises and other cetaceans.

What about humans? Should we be more concerned about what solar flares are doing to our external navigation and communications systems or our internal ones? For now, the best advice may be to avoid skinny dipping by the light of the Aurora Borealis.