Strange Octopus City Found Off the Coast of Australia

We know octopuses are unusual creatures of the deep. We know they’re intelligent. In fact, after the first octopus genome was sequenced, some wondered if it was an alien species living on Earth. Now scientists have discovered something else impressive about Octopus tetricus – some aren’t loners but actually live in groups in dens that look an awful lot like small human cities. What next … will they want their own NFL franchise? 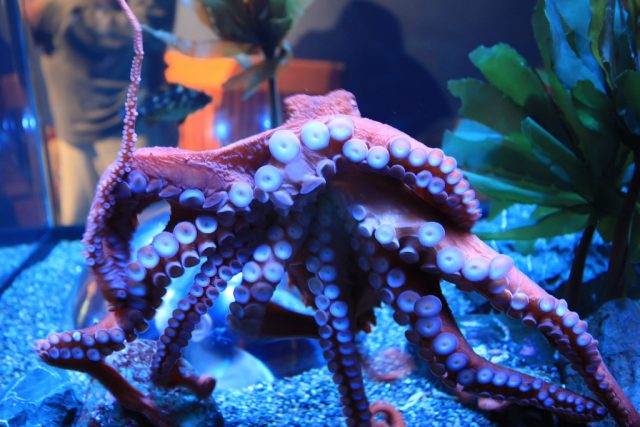 Social interactions? What next … Octopusbook? The journal Marine and Freshwater Behaviour and Physiology just published a study conducted by an international team of marine biologists in Jervis Bay off the south coast of New South Wales. The other site referred to in the study was discovered in 2009 in Jervis Bay of a similar but smaller group of octopuses that seemed to assemble around an unknown man-made object and occasionally fight. Great … they’ve developed politics too?

The first group had been nicknamed Octopolis so the researchers racked their brains and finally came up with the other obvious name for an underwater octopus city: Octlantis. Starting in 2016, they had begun looking for another site to determine if Octoplis was an anomaly or the first discovery of urbanization of octopuses. They placed underwater cameras at a second location that the cephalopods were known to visit and waited.

The wait wasn’t long. They soon had hours of video showing octopuses feeding on scallops, taking shelter in dens and protecting these hideaways from other octopuses with surprisingly aggressive behavior. One difference from Octopolis is that the residents of Octlantis seemed to furnish and even build dens using discarded shells. As the piles of shellfish refuse grew, they used them to form walls that seem to give them shelter and protection. 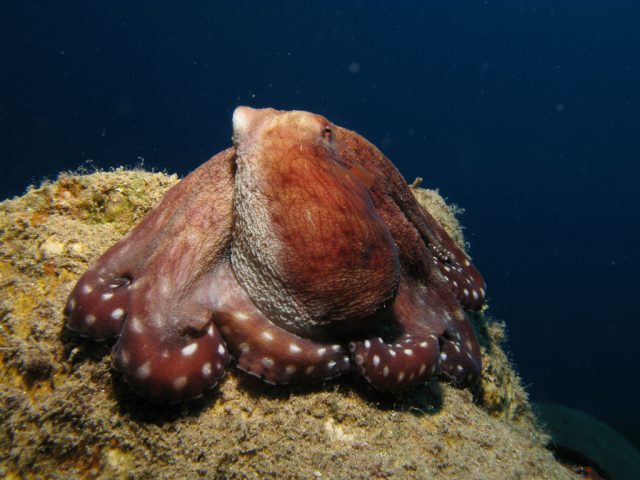 It gets scarier. Study co-author Peter Godfrey-Smith from the University of Sydney calls the octopuses “ecosystem engineers” because they’ve turned a hostile underwater environment into one that is more habitable for both octopuses and their prey, even increasing the variety of sea life in the area. In other words, they’re even helping their natural enemies to thrive as well.

They’re diplomats and they’re ahead of us in saving the environment too? These aren’t cephalopods … they really ARE aliens!

"We still don't really know much about octopus behavior, More research will be needed to determine what these actions might mean."

Team member Stephanie Chancellor from the University of Illinois at Chicago points out one area that will get more study – how the city-building has been passed down to multiple generations of octopuses in Octoplis and Octlantis. The next steps are to see if the offspring improve the cities and if others exist in areas we haven’t been able to monitor with old technology.

Where should they look next? Maybe they could try holding up a map and ask one of the Octlantians to point. We already know they help their other enemies. Why not their biggest one?

Author Claims to Have Located Jack the Ripper’s Grave