This Strange Star is Devouring Some of its Planets

If we somehow survive the apocalypse of September 23rd, we still have to worry about the eventual albeit still theoretical arrival of Planet X, which may or may not destroy the Earth, split the U.S. in half or, if things go well, get blown to bits by a North Korean nuclear missile courtesy of Kim Jong-Un. However, if that doesn’t happen, we may be saved by our own Sun. Astronomers have discovered a star that has been eating some of its very large planets. Can the same thing happen in our solar system? Sorry, Jupiter and Neptune … we’d do the same thing for you (wink-wink).

Astronomer Semyeong Oh of Princeton University led a recent study of binary or twin stars HD 240430 and HD 240429, located 325 light years from the Earth and two light years apart. Her team found large amounts of heavy elements such as lithium, magnesium and iron on the surface of HD 240430 and few on HD240429. This was odd because other evidence indicated that the stars came from one star cluster and should have similar if not identical amounts of any elements. 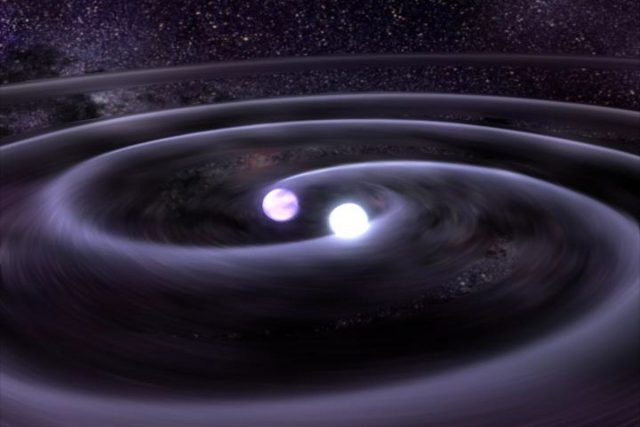 This data was fed into a computer model and a few possible scenarios rose to the top: the stars aren’t twins but instead met and connected at a later date; the cluster made HD 240430 more well-endowed; HD 240430 got its heavy metal infusion from somehow devouring some of its rocky and metallic planets. Oh and her colleagues liked the third option and, anticipating they could prove it, nicknamed the star Kronos after the mythological Greek Titan who ate his own children to prevent them from overthrowing him. HD240429 by default became Krius, the weakest Titan who didn’t eat his children and was overthrown.

Based on the model, Oh determined that Kronos/HD 240430 contained the metallic equivalent of 15 Earths, a stellar amount in stellar terms. Because the metals were massed together and not separated by weight, this lends considerable credence to them coming from Kronos/H240430’s appetite for big planets.

However, it’s not proof. For one thing, how do they explain Kronos/HD 240430 eating planets and Krios/HD 240429 not having the same hunger? One thought is that their gravitational proximity caused Krios/HD 240429 to knock Kronos/HD 240430’s planets out of orbit and into its waiting hot mouth. Another theory is that a different star passed by and did the disrupting. Oh’s team is now looking for any remaining giant planets still around either star in an attempt to get closer to the cause.

The bad news is, this does not bode well for our own Sun stepping up to the dinner plate and eating Planet X before it eats us. For one thing, it doesn’t have a twin – unless you follow the theory that Planet X is orbiting a remote twin of the Sun that will hurl X into our path. Also, Jupiter and Neptune are still big entrees on the solar system plate and the Sun’s surface gives no metallic signatures indicating past planetary meals.

Greek mythology says things may not bode well for Kronos/HD 240430 either. The Titan Kronos was overthrown in the Titanomachy war and either imprisoned for life or castrated by his son, Zeus.

There was no Kim to fire a nuclear arrow to save him either.