It’s always good to be wary of headlines that contain the words “dragon” and “terrified” – at least one of those two is undoubtedly not true. In this case, a story this week out of China is accompanied by a video which helps answer half of the question but doesn’t resolve the other, leaving it open to shouts of “hoax” and “OMG! It’s a dragon! Why aren’t those people terrified?”

Here’s what we know. The video was reportedly taken in Zhangjiakou, which is not a remote village but a major city in the northwestern Hebei province in Northern China with a population of 4.3 million that will be one of the host cities for the 2022 Winter Olympics. Let’s hope they have this dragon thing figured out by then … although a downhill dragon skeleton slalom might interest more people than curling or the skeleton (also known as “Hold my beer and watch this, eh?”).

A translation of the story at wukong.com  says the skeleton measured about 60 feet long with a horned skull and two tiny arms at the neck-body joint. The long thin serpentine body matches the Chinese version of dragons rather than the Game of Thrones or flying lizard types.

However, the skull seems more like an antelope and some witnesses thought the bones looked like they were from multiple cows and pieced together to fool the public or be used in a movie or TV show. While the Chinese have long revered dragons and tell many scary stories of them, these witnesses didn’t seem reverent or afraid, as evidenced by a photo of two guys trying to ride it. 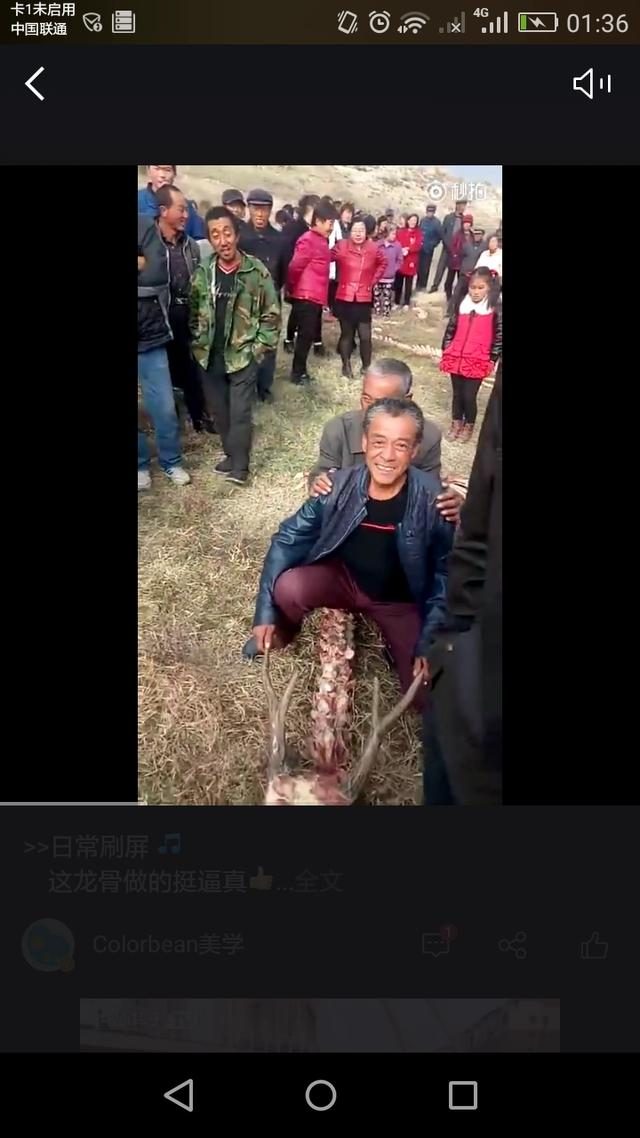 It seems like every odd fossil discovery in China gets called a “dragon” before any analysis is done and dragon believers have been fooled by both hoaxes and real dinosaur bones. An alleged dragon fossil said to have been discovered in 1996 turned out to be a prop for a documentary. 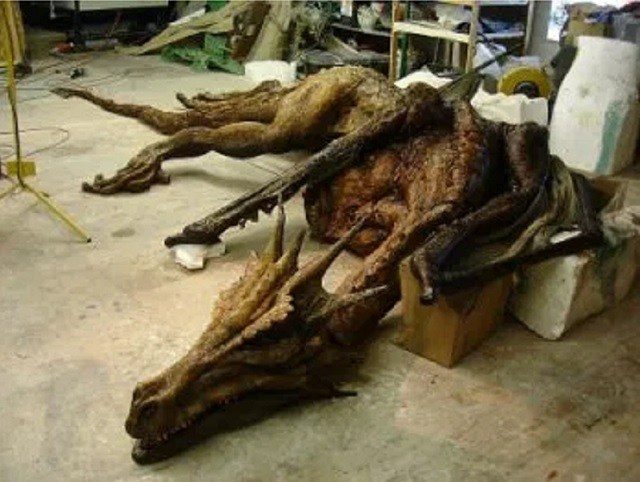 A 50-foot ‘dragon’ skeleton found in 2006 in Qijiang city in the southwestern Chongqing province was determined to be the long neck of a new species belonging to the mamenchisaurid family of long-necked dinosaurs.

Earlier this year, a new species of dinosaur was named Beibeilong sinensis, which means "baby dragon from China," because it was found in a fossilized egg, had massive wings and could grow to a three-ton, 26-foot-long birdlike (though probably not capable of flight) oviraptorosaur.

Meanwhile, back in Zhangjiakou, they’re still trying to figure out what the long 'dragon' skeleton is. Most bets are on ‘hoax’, but that could change if those two guys trying to ride it die mysteriously.

The Mysterious Bunny Island of Japan