Americans Believe in Ghosts and Ancient Aliens, Not Bigfoot

Before we begin, Bigfoot fans should address their hate mail to Chapman University, where a recent study found that their favorite cryptid does not poll well against ghosts, ancient aliens, Atlantis or even psychics. How well would he do against politicians and telephone solicitors?

The Chapman University Survey of American Fears Wave 4 (2017) is the fourth study on the fears of Americans conducted by this private, non-profit school in Orange, California. While the questionnaire filled out by 1207 Americans focused primarily on fears, a few questions related to what would be considered paranormal beliefs. For example:

Please indicate your level of agreement with the following statements:
a. Aliens have visited the Earth in our ancient past
b. Aliens have come to Earth in modern times
c. Fortune tellers and psychics can foresee the future
d. Places can be haunted by spirits
e. Bigfoot is a real creature
f. I have been protected by a guardian angel
g. Ancient advanced civilizations, such as Atlantis, once existed
h. Some people can move objects with their minds

Who are these people? If you carpool to work in a small vehicle with three other commuters, you’ve got a car full of people looking out the window for flying saucers, angels and palm readers. The study noted the personal information of the responders – age, education, income, political preference, gender, religion, race, ethnicity, etc.

The study found that the top of the paranormal list contained people in lower income brackets who consider themselves to be highly religious despite attending church infrequently. Sound like anyone you know? The next characteristic may surprise many people … paranormal believers tend to be females. Given the sex of the stars of most paranormal TV shows or the attendees at most conferences, that deserves more study. Here’s another one. While the believers tend to be conservative and live in a rural area, the place with the highest number of them is the West Coast. Did the questions on psychics, telekinesis and ancient aliens swing the vote west? 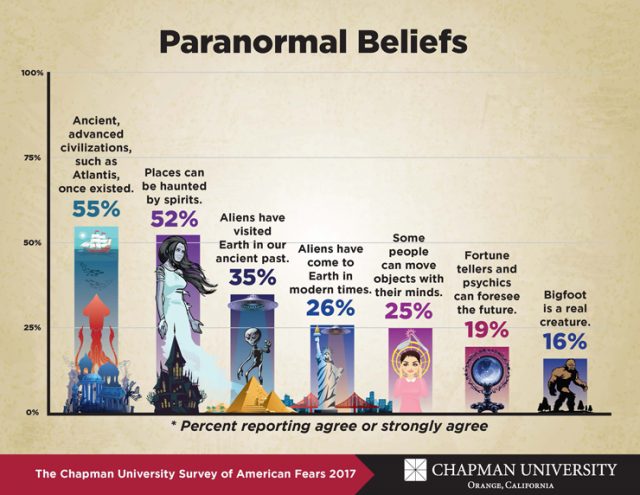 That may also explain the ranking of specific paranormal beliefs. At the top of the list, over half the people surveyed said they believed in Atlantis and other ancient mythical civilizations, and that ghosts and haunted houses exist. Over a third buy the theory of ancient aliens and over a quarter feel we’ve got aliens in our midst right now.

At the bottom of the list is Bigfoot, with only one in six professing a belief in its existence. Could this be explained by the high level of female paranormal believers voting for Atlantis and ghosts? 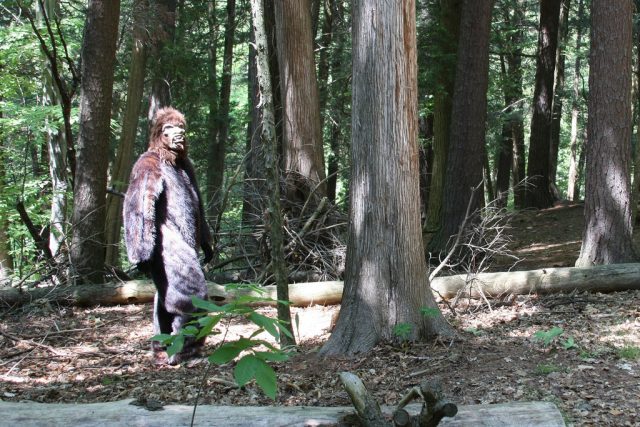 How would you answer the questions? This sounds like a great party game. On the other hand, it may not be a good topic of discussion for the carpool if you want to get to work on time … and in one piece.