Historians Claim to Have Found the Twin of the Great Sphinx

"Have you ever seen a Sphinx later in Egypt who was alone? The ancient Egyptians mentioned the second Sphinx and it is not only the Greeks, the Romans and the Muslims. It was destroyed between 1,000 and 1,200 AD. "

Come to think of it, no. But I’m not an Egyptologist. However, I agree with many that it seems strange there’s only one Great Sphinx of Giza, especially after finding out that most other depictions of a male sphinx come with an accompanying female twin. For example, Aker, an earth and death deity, is often depicted as two recumbent sphinxes or lions, sometimes facing in opposite directions with their torsos merged. Why wouldn’t the Great Sphinx of Giza also have a partner, possibly facing west and tail-to-tail? Historians also say that ancient Egyptians believed the sun traveled through a tunnel inside the Earth every night and a pair of sphinxes guarded each end. So where is the second Sphinx of Giza? 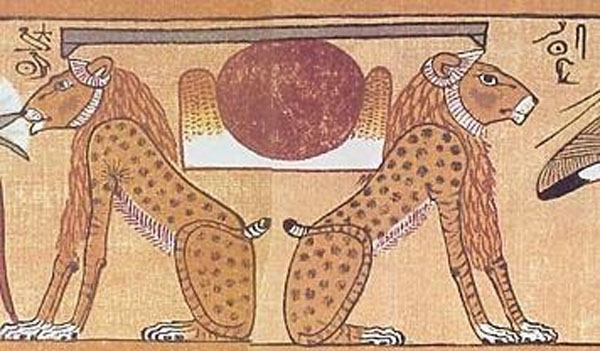 While it has long been theorized that a second Sphinx once existed, historians and authors Gerry Cannon and Malcolm Hutton are said to be working on a book revealing that it, or at least what’s left of it, is buried in a mound next to the great one. While they have some new ideas on the age of the Great Sphinx, much of their research seems to be based on years of prior work done by Egyptologist Bassam El Shammaa.

El Shammaa noted that the Dream Stela – a vertical stone carved during the reign of Thutmosis IV around 1400 BCE – shows two sphinxes. Another stele clearly depicted two sphinxes. The so-called Inventory Stela – dated to 670 BCE and exhibited at the Egyptian Museum in Cairo – shows evidence that Cheops had to repair the Sphinx’s neck after it was hit by lightning. Moving to present day, El Shammaa points to pictures taken by NASA’s Endeavor Satellite showing an underground anomaly near the Great Sphinx. He thinks those are the remains of the twin and believes it was also hit lightning and destroyed beyond repair due to a metal crown some depictions show it wearing.

Cannon and Hutton agree that this lightning strike would have occurred between 1000 and 1200 CE and the mound probably contains the broken stones. However, they theorize that both the Great Sphinx and its possible twin are much older than currently accepted 4500 years. Cannon says this in an interview with Express.co.uk:

“The Sphinx had to have been carved when there was no sand there. You can’t carve a rock when it’s under sand. When it was not under sand was about 12,000 years ago and the Egyptians weren’t there.”

Add to this the theory that erosion marks on the Great Sphinx were made when the Giza plateau was under water or under heavy deluges and the new 12000-year-old estimate seems more plausible.

Many of these theories have been proposed before, but the book is expected to bring them all together. While there’s no indication when Cannon and Hutton’s tome will be released, El Shammaa is waiting. He has applied for permits to dig in the anomalous mound next to the Sphinx to look for its long lost twin.

Maybe it doesn't want to be discovered. Will he find it or die trying?

$5 Million Ranch for Sale in Arizona is Alleged Alien Hotspot