Why do non-human entities from both Earth and outer space seem to congregate in some of the most beautiful parts of the planet? That’s just one of the many questions to ponder while watching Invasion on Chestnut Ridge, the new film from Small Town Monsters and its fine crew led by producer, director and writer Seth Breedlove. If you’re looking for a beautiful location for your next vacation that includes UFOs, Bigfoot, monsters and more, you might want to just follow Seth on his next film-making trip. Better yet, book a tour of the mysterious places he covers in Invasion on Chestnut Ridge 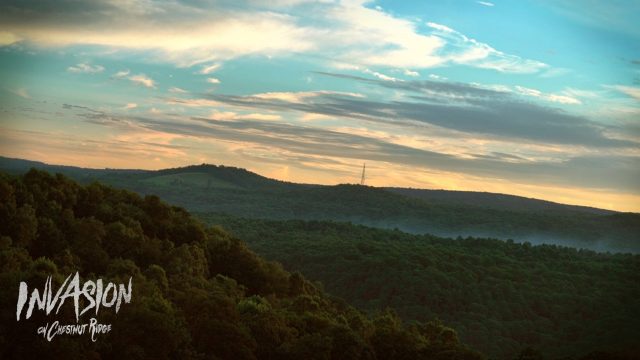 As in his previous film, The Mothman of Point Pleasant, Seth delves in the history and the people of this southern Pennsylvania region before interviewing investigators and eyewitnesses of the various ‘invasions’ and the impacts each had on their lives. First up is the Kecksburg UFO crash on December 9, 1965, when a widely witnessed and reported fireball suddenly becomes the story of a car-sized, acorn-shaped metallic object that leads to a military recovery effort, a visit by men in dark suits and a mysterious news blackout.

As residents began to question the media, the government and their own eyes (some things never change), Chestnut Ridge was invaded again in the early 1970s by an odd combination of UFO and Bigfoot sightings in the Uniontown area, leading to speculations that the tall, hairy Sasquatch-like creatures were aliens.

It’s not all bright lights in the sky and big feet on the ground – the ridge has also had its share of disappearing portals into space, huge flying creatures, out-of-place big cats and upright-walking Dogmen. Depending on your perspective, it’s enough to make one want to either move away from Chestnut Ridge forever or set up a series of annual cryptid and UFO festivals. 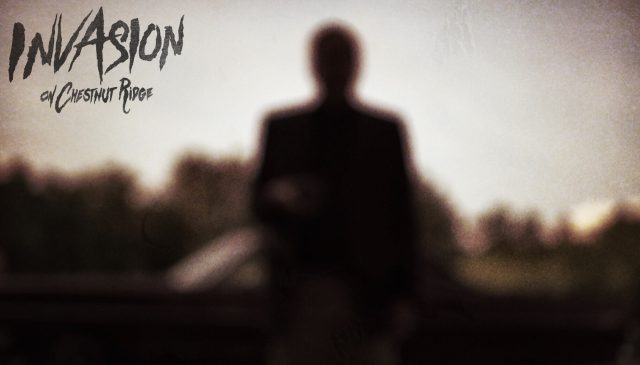 As in The Mothman of Point Pleasant, Seth tells these stories by interweaving current interviews of witnesses, clips from reports at the time of the occurrences and commentaries from area UFO and cryptid investigators like Stan Gordon and Eric Altman.

If the Chestnut Ridge someday becomes as famous as Stonehenge or the Bermuda Triangle, the documentary on how it happened should begin with a viewing of Invasion on Chestnut Ridge and an interview with 2017 Cryptozoologist of the Year, Seth Breedlove.

The UFO Enigma: What Can Be Said About Anecdotal Evidence?