Magical Seal of Solomon May Have Been Found in Turkish Raid

What would you do if you possessed a ring that empowered you to talk to animals, command demons and trap them in bottles? Would you open a zoo? A church? A carnival sideshow? A country? Or would you just use it to help pick winning lottery numbers? One thing is for certain … you’d never let it out of your sight. It seems even wise King Solomon – who was believed to have ruled Israel around 1000 BCE – may have lost it. Whoever was last in possession of it lost it too … until this week when police in Turkey broke into the home of a tomb raider and found a large number of stolen and illegally obtained relics, including what looks to be the Seal of Solomon. Did any of them try to test it?

According to various reports, police in the central Amasya Province raided a house in the Hamamözü district and found, besides the smuggler, eleven artifacts. In addition to a bronze seal, they were said to have recovered five multi-paged golden tablets, a golden bull figurine, a bronze charm, a metal tablet thought to be a Torah and two metal tablets that may be amulet holders. The bronze ring was the prized find because the Seal of Solomon has been missing for hundreds of years.

As expected, there are various accounts of the origin of Solomon’s Seal. The most common say Solomon received a brass-and-iron seal from ‘heaven’ – the brass gave him command over good genii or demons while the iron controlled the evil ones – and four jewels from angels that gave him authority over the four elements. There are legends that the ring was thrown into the sea and found in a fish served to Solomon, and was later used by others to cast out demons. Its design was replicated on the bottom of cups, which is mentioned in the “Arabian Nights.” Its hexagram may or may not be the same as the Star of David – some say Solomon’s is formed by two interlinked triangles. 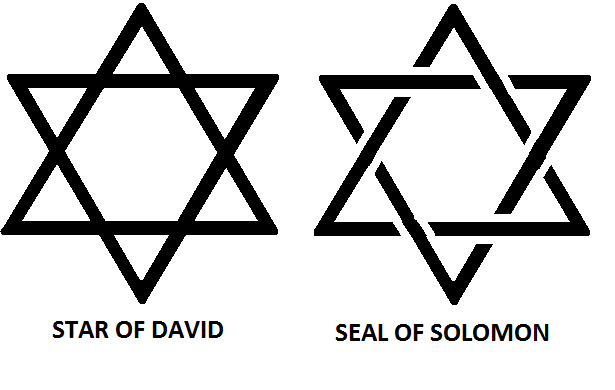 That’s all interesting information, especially if the ring found in the raid is indeed the actual Seal of Solomon. Instead of finding someone possessed and attempting to cast out their demons, the police took the artifacts to the Amasya Museum Directorate for analysis. According to the Daily Sabah, the relics, including the seal, appear to date only to the Middle Ages, making them around 500 years old and not magical, mystical nor valuable. Once the trial of the smuggler is over, the seal and the rest of the artifacts will be on display at the museum.

So where is the real Seal of Solomon? Do you know anyone who’s been winning the lottery frequently? Paging Dr. Jones!