Mothman, The Silver Bridge, And A Terrible Anniversary

In less than two months we'll see an anniversary of tragic proportions. It was on the evening of December 15, 1967 that Point Pleasant, West Virginia's Silver Bridge plunged into the churning waters of the Ohio River. Forty-six people lost their lives when their vehicles plummeted into the water. Forty-four bodies were recovered; two were never found. It was a terrible disaster for the close-knit community of the small city. And, of course - as anyone who knows their paranormal history will be aware - this was the same time-frame and location where the legendary Mothman was seen. It's not surprising that many have suggested a connection between the collapse of the Silver Bridge and the presence of Mothman.

The reason why I am mentioning this right now, is that I'm sure as the 50th anniversary of the disaster looms larger and larger, just about everyone and his brother will be addressing the matter. So, I thought I would jump in a little bit early, and share my thoughts on this matter. But, first, a bit of background information on the lead-up to the Silver Bridge affair. It was in late 1966 that sightings of Mothman began to be reported around Point Pleasant. The mysterious and sinister thing became infamous for its fiery red eyes and its large, powerful wings. No wonder it was given the name with which it is, today, still recognized by, a half a century after things began. 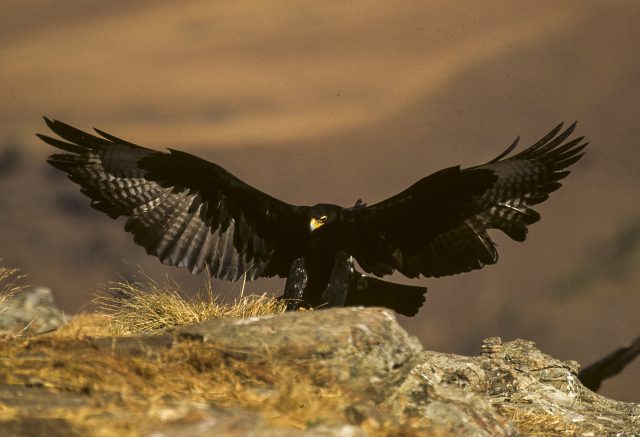 Some described the creature as looking like a giant bird - provoking thoughts and imagery of a dark and shadowy version of the legendary Thunderbird of Native American history. Others were sure they had seen nothing less than what could be described as a flying humanoid. And, in September 2014, while attending and speaking at the annual Mothman Festival, I was given a story of a woman who had seen Mothman in 1970, and who was sure that what she encountered was a spectral, semi-transparent pterodactyl, no less! 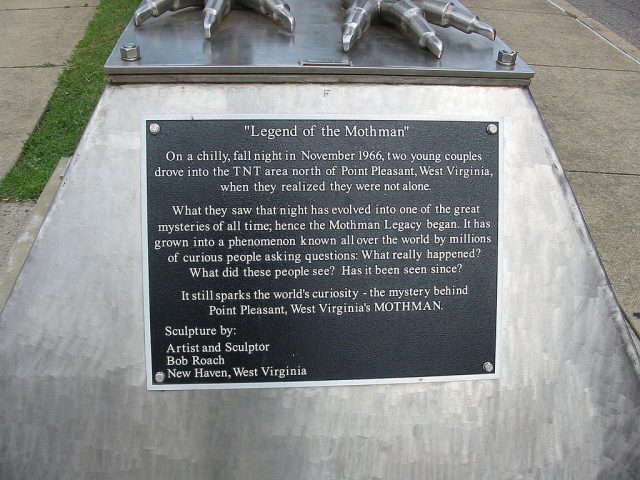 Many of the sightings of Mothman occurred in and around the remains of an old TNT storage area - which was closed down years earlier, and which even to this day provokes an eerie feeling when walking around the old, abandoned, ruined area. Other saw the creature gliding across the skies - sometimes at perilously low levels as it pursued frightened drivers on late, dark nights. Some of the witnesses to Mothman had something else to deal with, too: bone-chilling visits from the dreaded Men in Black. Witnesses to the winged thing were warned not to talk about their experiences. Women in Black were soon on the scene too. UFOs were seen in the skies above. And, seeing an incredible story in all of this, John Keel headed out to the area, spending significant amounts of time in the city. It was as a result of this in-depth, on-site study that Keel went on to write his now-classic book, The Mothman Prophecies. All of which brings us to the matter of the bridge and that deadly night in December 1967. 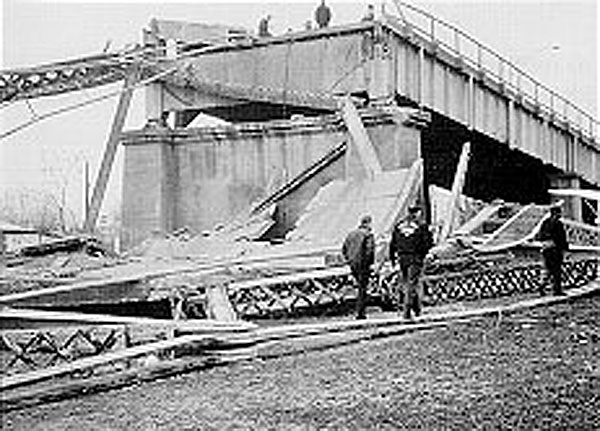 We know why the Silver Bridge collapsed. There is no mystery about it: it was all due to a major flaw in a single eye-bar in one of the suspension chains. But, there have been suspicions that in some strange and alternative fashion, the fall of the bridge and the dozens of deaths were somehow connected to the presence and actions of Mothman, which was still all the talk of the town at the time. Personally, I don't see how Mothman could have caused the bridge collapse to have occurred. What did he/it do? Meddle with the eye-bar, late one dark night? No, of course not. I am, however, quite open to the idea that perhaps Mothman was a warning entity (and maybe still is...see this link and this link on recent activity concerning Mothman, nuclear war, and bizarre nightmares). Is Mothman a creature that surfaces when disaster is about to happen? Even after disaster has erupted? Maybe so. 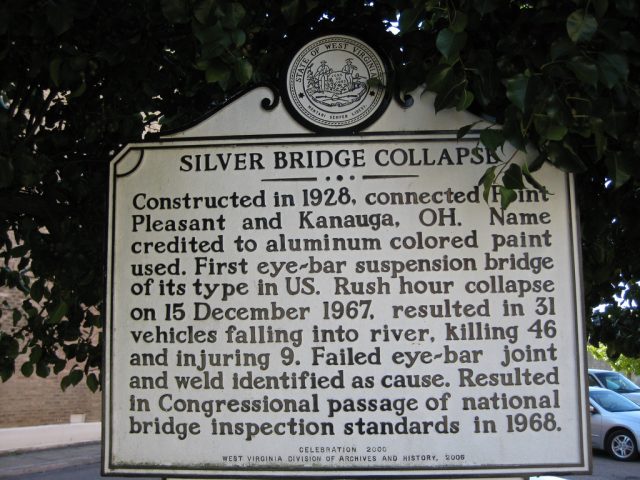 Of course, you may have very different views. I know of some who absolutely believe that Mothman caused the bridge to collapse. Others, not unreasonably, suggest the whole thing was a coincidence and people were linking together two very different issues - the presence of the creature and the bridge collapse - when there was really no connection at all. I'm sure that the closer we get to December 15 - and the 50th anniversary of death and disaster in Point Pleasant - the more we will hear about that tragedy-filled event which went down on a cold night in December 1967.

Give Yourself Lucid Dreams by Chanting