Shadow People On The Loose

This past weekend I spoke at the annual Greater New England UFO Conference, in Leominster, Massachusetts. It was a good gig, with an attendance of a couple of hundred. I gave two presentations: one on my 2016 book, Women in Black, and the other on my latest book, Shapeshifters. Although the books are - for the most part - very different, they do have one thing that links them together. Namely, predatory, supernatural entities that invade bedrooms in the dead of night and provoke terror, hysteria and paranoia. One group that falls into this particular category is the Shadow People.

Jason Offutt is an expert on the Shadow People, and the author of a 2009 book on the subject titled Darkness Walks: The Shadow People Among Us. He says there are eight different kinds of Shadow People – at least, they are the ones we know about. He labels them as Benign Shadows, Shadows of Terror, Red-Eyed Shadows, Noisy Shadows, Angry Hooded Shadows, Shadows that Attack, Shadow Cats, and the Hat Man. Regarding the Hat Man, imagine a silhouetted character that had stepped out of a 1940s / 1950s-era piece of black and white film-noir, and you’ll have a good idea of what he / it looks like. That he is entirely shadow-like in nature only adds to the menace. Heidi Hollis is an expert on this topic, too, having penned a 2014 book on the subject titled The Hat Man: The True Story of Evil Encounters. She has collected literally hundreds of reports of encounters with this particularly dangerous shadow-thing. 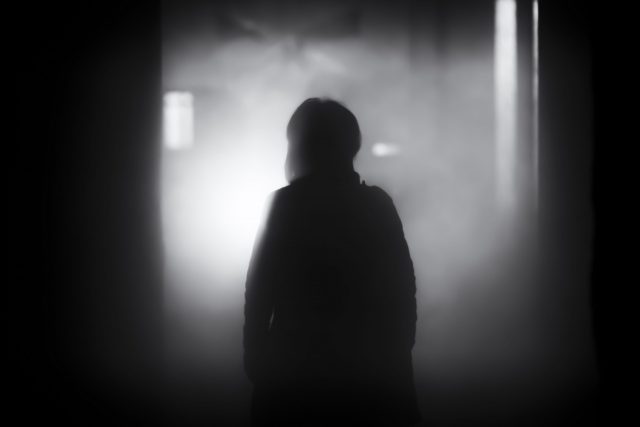 All of which brings me back to the Leominster gig. I had five people come up to me during the course of the weekend and share with me their experiences with the Shadow People, which was pretty strange, I have to admit. Without doubt, the most fascinating account came from a guy from nearby Boston who had a story to tell that had a direct bearing on my series of articles published recently on the links between Mothman, the city of Chicago, and nightmares of the nuclear war variety.

I sat and listened at my table as he told me how, back in July of this year, he had three experiences with the Hat Man - and which were pretty much all identical - and which were very familiar to me. He woke up in the early hours of the morning to a horrific vision: the outside wall of his bedroom was displaying a terrifying image of a large city on fire, with significant portions of it in ruins. It was none other than Chicago. The sky was dark and millions were dead. Circling high above what was left of the city was a large, human-like entity with huge wings. And stood next to the guy, as he watched this apocalyptic scenario unravel from his bed, was the Hat Man, his old-style fedora hat positioned firmly on his head. The doomsday-like picture lasted for a minute or two, making it clear to the witness that a Third World War had begun. On two more occasions in the same month, a near-identical situation played out. It's hardly surprising that the man was still concerned by all this when we chatted at the weekend.

The other accounts given to me were no less traumatic, but in very different ways. One came from a woman who lived in Worcester County and who told me how she had encountered the Hat Man in her early teens (which was in the late 1960s). The experiences were all the same: she would wake up to find the Hat Man choking her, as he loomed over her. Interestingly, this is not the first time I have heard stories of the Hat Man (and the MIB too) choking his victims - that is, until he suddenly vanishes, leaving his target shaking and terrified.

A twenty-something man told me how he had seen the Hat Man a couple of years ago. Not in his dreams, but - bizarrely - in his bathroom mirror. On several occasions, while shaving, he had seen reflecting in the mirror a smoky, silhouetted form behind him, but which could not be seen outside of the mirror. It's hardly surprising he was immediately plunged into a state of fear. Whether it was connected or not, he thought it relevant to bring up the fact that he had then-recently started working on an occult-based adventure novel in which the central character was to be Aleister Crowley. The witness had no specific reason for bringing up the Crowley issue (so far as I could tell, at least), but he felt that he should at least mention it, since it had been on his mind - and it still was. 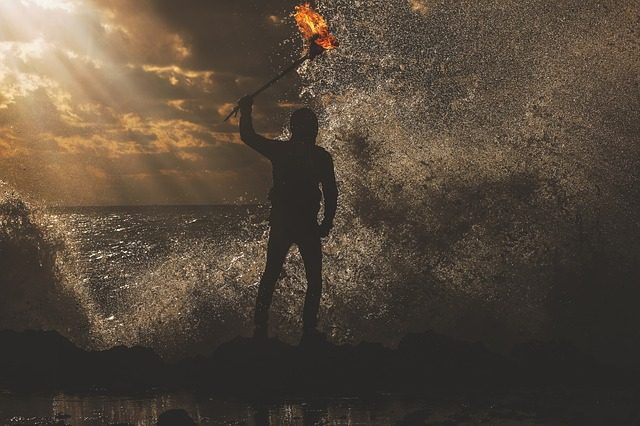 The two final cases were somewhat similar: both witnesses were women, one I would estimate to be in her thirties and the other in her forties. Both had seen the Shadow People while in states of sleep paralysis. One lived in Boston and the other was born in Boston but had moved to Leominster in 2007. What particularly interested me was not just the nature of the experiences, but that over the course of less than two full days I should have been given a cluster of such cases - all concerning the Shadow People and the Hat Man. And, all involving people who lived relatively close to each other. I have mentioned these weird cluster-style events previously at Mysterious Universe, all of which revolved around the likes of the Men in Black, the Hat Man and similar bedroom invaders. It's hard to know what to think about all of this. So, for that reason, I share the data with you, the readers. Thoughts, anyone?