If you need another reason to be upset about Star Trek: Discovery besides the fact that you have to pay to watch it (which, if you look up “Un-American” in the dictionary, is one of its definitions), here’s one to try on for size. While character Michael Burnham was attempting to debug some computer code displayed on a screen on the USS Discovery in fictional 2256, viewers in real life 2017 noticed something strangely familiar about the code … it was from the Windows operating system! The bad news is, the “blue screen of death” is still alive in 2256. The good news is, it hasn’t killed humans off … yet.

For those Mac OS X or Linux users who gloatingly know nothing about Microsoft’s operating system, Windows development began in 1981 as a graphical operating system shell for MS-DOS and was first released to the public on November 20, 1985, which means it’s approaching age 32. While that original version 1.0 has been upgraded through the 3.x versions, the 9x series and the Windows XP OS that won’t die to the current Windows 10, even founder Bill Gates is probably surprised it’s still around. What will he think about it running the USS Discovery in 2256? Is it a duct-taped, chewing-gummed version of XP?

Inverse reports that Twitter soon began revealing the Windows of the future. Sharp-eyed fans who either paid to watch Episode 3: “Context Is for Kings” or obtained a bootleg copy (sorry, CBS All Access – that’s a peek at YOUR future) saw something familiar about the code Burnham was debugging … every line contained the “__stdcall function” which today is used to call Win32 API (application programming interface) functions. But in 2256?

To the writers’ credit, the code Burnham is acting like she’s debugging appears to be real code from actual malware – the Stuxnet computer worm that was first identified in 2010 and was believed to have been developed jointly by American and Israeli programmers to successfully inflict damage on computers used in Iran’s nuclear program.

What are the chances that Star Fleet would still be using some form of Windows in 2256? If it’s a descendant of the current U.S. Air Force, it could happen. As embarrassing as it is that so many PCs in both homes and businesses still run the no-longer-supported Windows XP, in a May 2016 hearing, the Department of Defense admitted that the computer system controlling the U.S. nuclear program was using 53-year-old (now 54-year-old) technology – a 1970s-era IBM Series/1 Computer with 8-inch floppy disks! As of this writing, there’s no report that the system has been upgraded. Think about that as you watch the news about the US and North Korea. 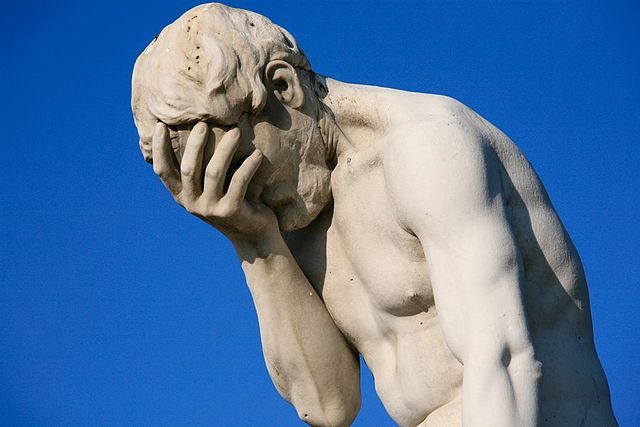 Is it such a shock that Windows might still be around in 2256 and used on starships? Why not? Who wants to keep going back to Earth just to visit an Apple store?