When Elon Musk finally gets us to Mars, a couple of things to look for after we get tired of searching for Martians, chasing rovers and rejoicing at what the low gravity has done for our recent weight gain are some mysterious scratches across the Martian surface and some strange sands that float above said surface. Are they related?

Photographs of the scratches were released last week by NASA after being taken by the MRO (Mars Reconnaissance Orbiter) spacecraft, which has been working hard since 2005 on a mission that was only scheduled to last two years. Fortunately for MRO, NASA has developed an if-it-ain’t-broke-don’t-fix-it attitude towards Mars orbiters and rovers and MRO continues to search the surface for signs of water. 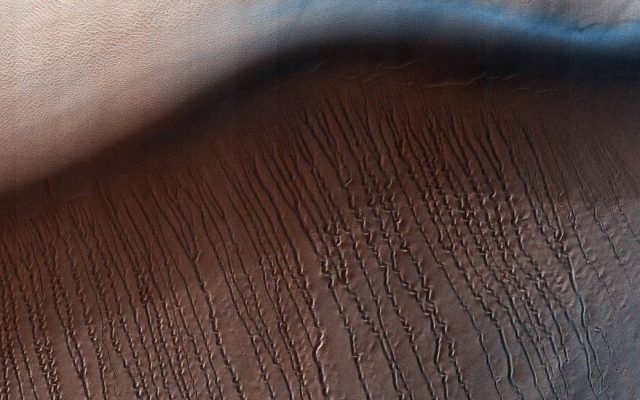 That’s why it recently spotted the mysterious scratches of Hellas Planitia, which sounds like a condition whose treatment will need more than an over-the-counter salve but are actually squiggles and scrapes on the plain of the massive Hellas impact crater in the planet’s southern hemisphere. The good news is, NASA has determined that the scratches are the result of ice rolling down an inclined sand dune as chunks at the top warm up and break off. The bad news is, the ice balls are not evidence of water but of dry ice or frozen carbon dioxide.

The good news is that the heat melting the dry ice may also be boiling and vaporizing tiny pockets of water of the H2O kind and the explosive force of the gas release, coupled with the low Martian gravity, is causing sand particles on those same dune slopes to rise and hover for long periods of time over the surface. A new report in Nature Communications details how researchers at the Open University in the UK recreated the Martian sand dunes in a lab in order to test their theory on water evaporation causing the aforementioned scratches. Instead, they discovered that the combination of high (for Mars) temperatures of 70 degrees F combined with the low pressure due to the low gravity caused the frozen water to evaporate explosively, lifting the sand into the air and, along with that low (about one-third of Earth’s) gravity, levitating the sand like a hover beach.

The bad news is that, while the researchers have been able to recreate it in the lab and are convinced it occurs on Mars, the phenomenon is rare and impossible to be seen by an orbiting observer. Martian rovers could witness it, but they are not sent to areas where water might exist to prevent them from contaminating it.

Is there any good news to end with? The same forces that levitate the Martian sands will allow humans to eat three times as much Halloween candy and still feel like they haven’t gained a pound. 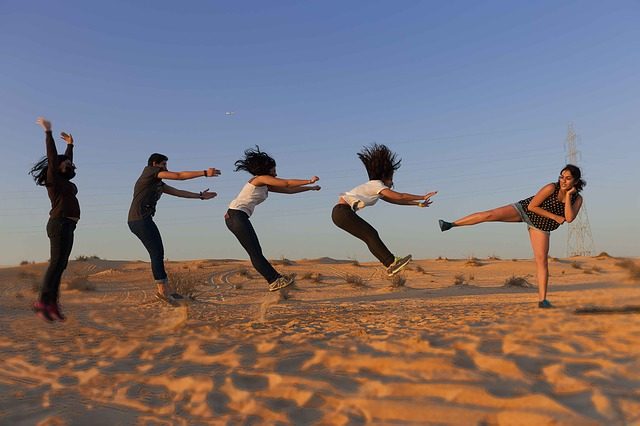