Those who enjoy celebrating and stuffing themselves at the semi-annual solstice soirees at Stonehenge may wish they were born a few thousand years earlier when they hear about this. New research finds that the builders of the monoliths, along with their families and friends, feasted nonstop during the construction, and the food was the finest meats and accompaniments from all over Britain.

English Heritage launched a new exhibition this week at Stonehenge called Feast! Food at Stonehenge that showcases the diet and lifestyle of the people who built the monolith, with special emphasis on the foods, utensils and feasting festivals. The displays and historical information come from the huge amounts of food remains, tools and pottery recovered from years of excavations.

“Whilst we already had a fairly good idea of what people ate during this period, this new evidence tells us how food was prepared and consumed, from large organized feasts, installations for roasting meat to smaller household practices.”

The exhibition is full of culinary surprises about the builders. They were known to be lactose intolerant but dairy played an important role in their ceremonies, so there were special pots and tools for turning milk into cheese and yogurt. Teeth from pigs and cattle butchered for meat (they preferred pork – 90 percent of the bones were from pigs) underwent isotope analysis and were found to have been raised as much as 500 miles away from Stonehenge, including Scotland. This implies that the area was well-known throughout Britain and Neolithic people came there from all over to help in the construction and participate in the feasts and celebrations.

“Raising the ancient stones was an incredible feat but so too was feeding the army of builders – our exhibition reveals just how this was done.”

In an interview with The Guardian, Susan Greaney, English Heritage historian, the exhibit contains artifacts rarely seen anywhere, including an almost-whole decorated Grooved Ware pot used for preparing meats and the skull of an aurochs, the extinct species of massive wild cattle with large curved horns … and big thick steaks. 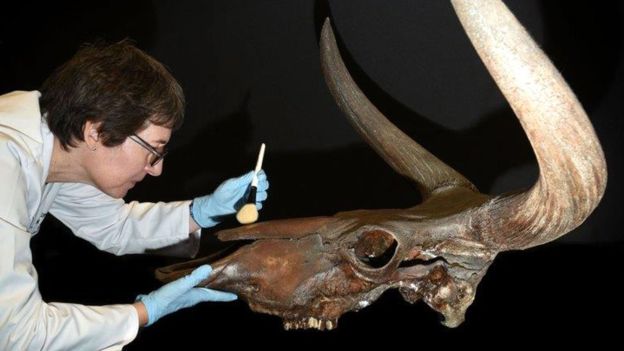 Speaking of steaks, although aurochs are no longer available, many of the foods feasted upon at the Stonehenge-raising parties are and anyone looking to switch from a Paleo to a Neo diet can learn how at the exhibit’s “Ready, Steady, Cook!” demo. Be warned that this is not a weight-loss “diet” – Susan Greany says there were often many hundreds of people at the feasts gorging on pigs and cattle which  themselves were fattened on cereal and honey.

“They weren't living hand to mouth. This was glutinous excess.”

Finally, the exhibition is a recruiting tool to entice more kids to consider careers as archeologists, with displays on the forensic science used to read bones and stones and recreate the lives and lifestyles of the humans who left them there. 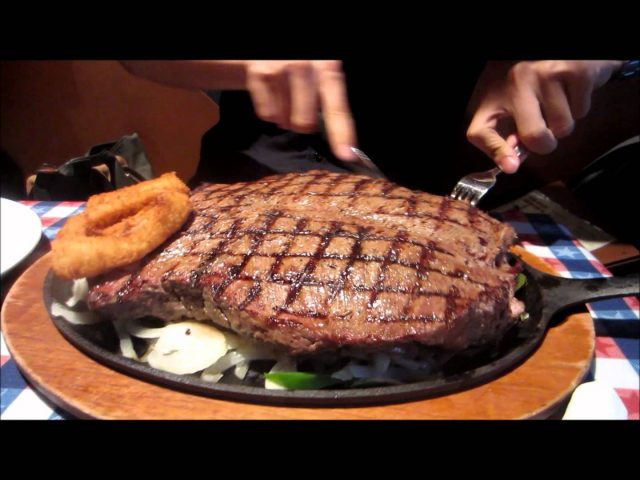