Well, the "big day" has come and gone: the scheduled release of a trove of secret files relating to the assassination of John F. Kennedy in 1963.

However, what has actually made it before the public so far is only a portion of the total collection, following news late yesterday that President Donald Trump, after Tweeting that the files would all be released, seemingly gave in to requests from the CIA and FBI for an additional six months to redact portions of the existing files.

Esquire reported of the move that, “It appears that the president acquiesced to a demand by the spooks to hold some documents back. This is stupid and outrageous. This deadline has been out there since the Clinton administration. It is not paranoid in the least to wonder what they're hiding now.”

It is indeed curious that, after more than half a century, the sum total of the files presently withheld by the U.S. government cannot be released. Granted, a large portion of the documents have made their way to website of the National Archives for public viewing, and even within this "limited batch" we are already seeing interesting new information. 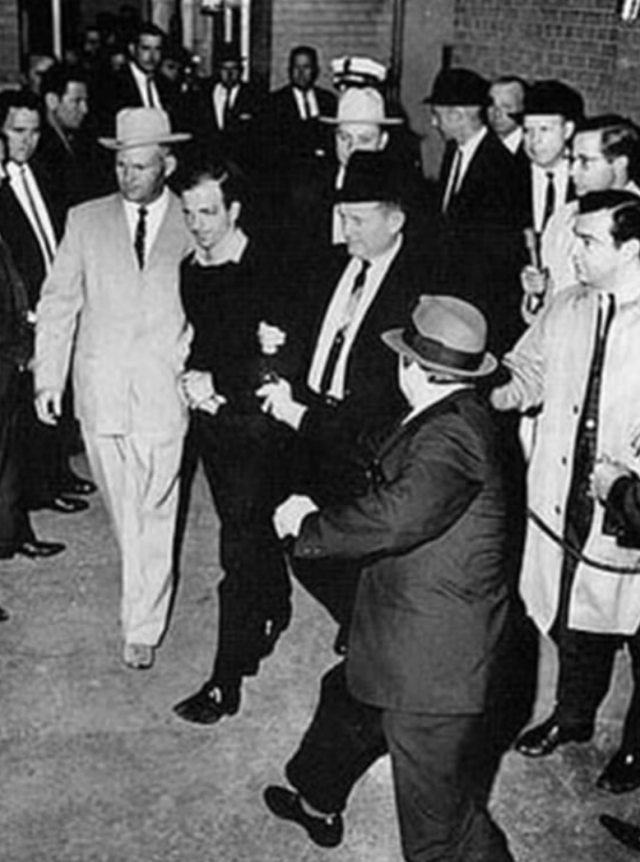 One of the documents, which seems to have more to do with gathering information on the activities of right wing groups in the years following Kennedy's assassination, involves a minister named Oren Fenton Potito, a Christian Identity minister with a controversial background, to say the least. Having been associated with Wesley A. Swift’s Church of Jesus Christ Christian, it is said that Potito “practically deified Hitler,” perceiving the Nazi leader as a sort of “Christian savior” in modern times. The year prior to Kennedy’s assassination, Potito also became an organizer for the National States Rights Party.

The newly released document relates some rather unusual claims alleged by Potito at a public meeting, held in a restaurant in Saint Petersburg, Florida, on January 16, 1964.

According to the document:

"In the course of his speech of some 3 hours following the dinner POTITO touched on the association between LEE HARVEY OSWALD and RUBY.

POTITO identified RUBY, real name RUBENSTEIN, as a Communist Party Member since 1929 and through this connection linked him to OSWALD, He identified OSWALD as a Communist through his association with the Fair Play for Cuba Committee (FPCC).

According to POTITO only two organizations knew the route of the parade in Dallas on November 22, 1963 for any period of time prior to the parade and these two were the United States Secret Service and the Dallas Police Department. RUBY had insinuated himself into the Police Department circle, obtained the route and arranged with OSWALD to take the job at the state school building along the route to carry out the assassination.

POTITO said the "Surgeon General's report" on the assassination stated the first bullet entered the President's throat below the adam’s apple clearly showing that two persons were involved with the first shot being fired from the bridge across the park way in front of the car. To further substantiate this, POTITO said there was a bullet hole in the wind shield of the President's car."

Granted, there is little additional evidence to support the claims made by Potito during his 1964 speech, which essentially amount to being conspiratorial speculation.

However, in a separate document, dated October 25th, 1963, mention is made of contact with "Cuban sources" about Lee Harvey Oswald and the Fair Play for Cuba Committee. The report details the FBI's attempts to track Oswald and his operations, and notes that the group appeared to "have become inactive" since Oswald's departure from New Orleans. In an interesting potential parallel to the Oswald-Ruby connection, some of the documents also indicate that Ruby, it seems, was being surveilled by the FBI in 1962 as well, just one year prior to Kennedy's assassination.

So is there any legitimate connection between Ruby and Oswald that the new batch of documents will release? With the files only having been online for public viewing for a matter of hours at this point (and the remainder still undergoing redactions by the CIA and FBI), it seems likely that it will be a while before any substantive new information is brought to our attention. In the meantime, some of the bits and pieces that are emerging are at least of interest.