The Return of Mattoon’s Mad Gasser?

As many readers of Mysterious Universe will be aware, I have a deep interest in the phenomenon of the Men in Black. And, having written several books on the subject, I get no shortage of stories from people who have had their very own run-ins with the infernal MIB. And, with the Women in Black, too. But, the account I am about to share with you stands out, and for one particular reason, as will soon become apparent.

Just a few days ago, I received an email from a twenty-nine-year-old woman I'll refer to as "Emma." She had an intriguing story to tell. In the early hours of October 4 of this year, Emma woke up suddenly and terrified by the fact that she was unable to move. All she could flicker were her eyes. Emma couldn't even cry out - which wouldn't have made much difference anyway, as she lives alone. Standing against the open doorway to the hallway was a tall, suited figure (a black suit, of course), staring at her with fiery eyes. Suddenly, the room was filled with the odor of rotten-eggs. It choked Emma, something which broke the spell of paralysis. As Emma gained her wits and her ability to move again, the figure suddenly turned and vanished - as in literally vanished. Although panicked, and in a cold sweat and shaking, Emma chose not to call the local police, primarily because the invader - in Emma's eyes - was not even human. 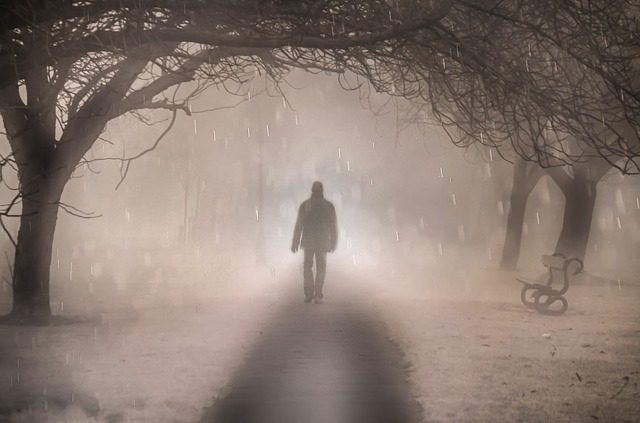 I get a lot of accounts like this, where people see the MIB in the dead of night, and where there is a distinct, powerful odor in the room. Even Albert Bender - who kicked off the MIB mystery in the early 1950s - reported powerful odors in his rooms when the Men in Black were around. But, there was something a bit different about Emma's case, something that really stood out - for me at least. Emma just happens to live in the Illinois city of Mattoon. If you know your supernatural tales and history, you'll know that back in the 1940s, the city was plagued by a terrifying creature that became infamously known as the Mad Gasser of Mattoon. He was given that infamous moniker for a very good reason: the black-clad fiend would break into homes late at night, terrorize women and render them into paralyzed states - and as the rooms of the home were overwhelmed by powerful odors.

I would be inclined to think that Emma's case was no different to any of the other "MIB/odor/paralysis" cases I have on-file. Except for the fact that Emma's 2017 encounter eerily mirrored what went down in her home city back in the 1940s. Emma admitted that she knew the story of the Mad Gasser. After all, there probably is no-one in town who doesn't know the legend. How could they not know? It's like trying to find someone who lives in Roswell, New Mexico and who has never heard of the legendary UFO crash. Everyone knows of their own town's legends. And, in that respect, Emma was certainly no different.

As for the 1940s encounters, they typically occurred late at night. The women were usually alone, and generally in bed. Sometimes sleeping, sometimes reading a book. Then, they started to feel ill, sick, nauseous. A creeping paralysis overwhelmed them. And odors described as foul and sickly seemingly came from nowhere. The local police got involved - no luck there. Even the FBI opened a dossier on the Gas-Man. They had no answers either. There was talk of Nazi agents on the loose (this was the Second World War, after all), and of something supernatural prowling around. Many pointed fingers in the direction of a young, local man. His name was Farley Llewellyn. It was proved that he knew some of the victims. He also was a student of chemistry. But, despite the concerns and suspicions that people had, nothing conclusive was ever proved when it came to Llewellyn.

Has the Mad Gasser returned to its/his old stomping grounds? Was this just a one-off event, which has more to do with the MIB than the Mad Gasser? Or, is the Gasser a part of the MIB phenomenon? Emma doesn't have any answers. Neither do I - at least, not solid ones. But, I hope to pay Emma a visit in the near future. Maybe, if further reports surface, we might get some answers. Watch this space.

Aliens May Be Trapped Inside Frozen Ocean Worlds