The Strange Story of Hitler’s Hunt for the Yeti

Nazis. These villains of history seem to have somehow transcended their place in the grand scheme of things to propel outwards into the farthest fringes of the strange. From secret occult experiments, to UFO bases, to exploration into the supernatural and development of shadowy weapons the likes of which the world has never seen, these classic baddies have become legendary in their scope and well-deserving of their status as one of the most iconic villains in cinema. Buried within all of the conspiracies and weird historical oddities associated with the Nazis one can find a plentitude of curious little tales, and one of these has seemed to have picked up quite a bit of interest in cryptozoological circles. It is an odd case combining the best of the Nazis, high adventure, and mysterious monsters.

There is so much fantastical lore on the Nazis that it is sometimes difficult to ascertain just where the truth blurs, ends, and pure fiction begins. To be sure Hitler was intensely interested in pursuing all manner of the paranormal, the unknown, and the weird, to the point that there was even a whole organization devoted to it, called the Ahnenerbe, headed by Nazi leader Heinrich Himmler, which was ostensibly a project to investigate the history of the Aryan race but quickly branched out into all manner of mysticism, the strange, and the occult, no doubt due to Himmler’s intense interest in the area. The Ahnenerbe would be linked to pursuing everything from witchcraft to psychic powers, to demonology, to looking for the real Holy Grail, and one of Himmler’s quests may have very well been a hunt for the elusive Yeti of the Himalayas, or also commonly called the Abominable Snowman.

In 1938 the Nazis organized an expedition to the frigid wilds of the Himalayan Mountains in Tibet, which was sanctioned by Himmler and his Ahnenerbe, and was to be led by by German zoologist and SS officer Ernst Schäfer. Joining him were other scientists, such as anthropologist Bruno Beger, who was quite notorious for his theories that Tibet was the birthplace of the Aryan race. This was a sentiment shared by Himmler himself, who believed that these ancient Aryans had once conquered a good portion of Asia. The purpose of the expedition, which would be Schäfer’s third to the region, was officially announced as purely scientific research in order to create a natural and cultural history of the region, including its flora, fauna, ethnology, and geology, with Schäfer saying of the mission:

The primary aim of this expedition was an holistic creation of a complete biological record of Tibet alongside a synthesis of inter-relating natural sciences with regard to geography, cartography, geology, earth magnetics, climate, plants, animals and mankind.

However, of course considering who was involved it has long been thought that this was merely a front for something else entirely. Indeed, British writer Christopher Hale told of a secret warning issued by propaganda minister Joseph Goebbels in 1940 that claimed that the expedition had the rather more sinister objective of political and military ends, such as establishing bases in the area for staging guerrilla assaults against the British in India or providing maps and survey charts for this purpose.

There are also many who think that the true motive of the mission was to find the elusive Yeti and use it as some sort of evidence to prove their pseudoscientific theories on the origins of human races and perpetuate its own propaganda to this end, with there even being rumors that they may have thought of the Yeti as a sort of progenitor of the Aryan race. The truth of these claims is hard to ascertain. Schäfer and Beger would certainly have been aware of the legends of massive hairy wild men in the wilds of the Himalayas, and considering the willingness of the Nazis to pursue some pretty far-out avenues of research it does not sound as if it would be totally beyond them to mount a covert mission to find the beasts.

Despite all of these theories, any ulterior motives the 1938-1939 Nazi expedition to Tibet may have had have been obscured, either because they were covered up or never existed in the first place. Officially, the expedition collected thousands of specimens of plant and animals life, as well as numerous photographs, film footage, and artifacts of the native peoples, such as a copy of the Tibetan "Bible", called the Kangyur, as well as a vast amount of geological and topographical data. There were also reams of Schäfer’s detailed notes on every aspect of the expedition, as well as meticulous, lengthy descriptions of the culture and customs of the Tibetans, not to mention Berger’s own detailed diary of the mission, which would be published some 60 years later under the title Mit der deutschen Tibetexpedition Ernst Schäfer 1938/39 nach Lhasa. Yet nowhere amongst any of these accounts is there any mention of a hunt for the Abominable Snowman, nor any reference to sightings or evidence of it at all. As far as can be seen the Yeti seemed to play no role in any of this, and indeed it seems that Schäfer himself believed the legendary creature to be nothing more mysterious than some sort of large bear. 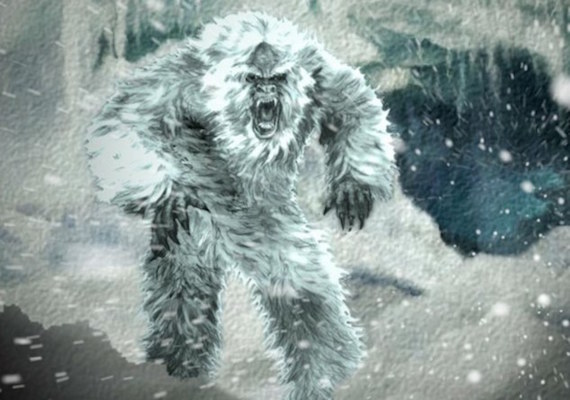 The footage taken on the expedition would eventually be cobbled into a film called Geheimnis Tibet, and Schäfer would gain accolades among the Nazis and even be awarded his own institute within the Ahnenerbe, but there is little to show that the expedition was anything more mysterious than what it was claimed to be from the beginning. Schäfer did mention later under relentless Allied interrogation after the war that he had planned a future trip to Tibet for the purpose of organizing an alliance with Tibetan resistance fighters, but it seemed that this expedition never went through.

Still, there have been numerous conspiracy theories swirling around the Nazi Tibet expedition ever since, with many insistent that Himmler and the Ahnenerbe backers, known for their various strange excursions seeking out oddities all over the world, would not have pumped so much funding into just a mundane, purely scientific endeavor at the height of their bizarreness. Then there are the great honors bestowed upon Schäfer upon his return and the question of whether a simple scientific mission would have been enough for the Nazis to warrant this in times of war. The question remains of whether these German villains really did launch an expedition in search of the mysterious Yeti, and if they really found what they were looking for or not. As it is, and may always be, we don't know, and we probably never will.