Is it time to get serious about vampires? In the past month or so, we’ve seen a silly story about sprayable vampire repellent from Gwyneth Paltrow and a creepy tale about a professor of vampire studies caught drinking blood in his classroom. We’ve also heard about serious problems in Malawi caused by people who believe their country has been invaded by actual blood suckers and are demanding protection from the police and their government. Now we have ads for a “Vampire Removal” service being distributed in New York City while reports from Malawi say the situation has escalated to the point that the United Nations has removed its staff from two districts out of fear for their safety after news that locals have taken things into their own hands and formed vampire lynch mobs. Is it time to get serious about vampires … or vampire-believing humans?

“These districts have severely been affected by the ongoing stories of blood sucking and possible existence of vampires.” 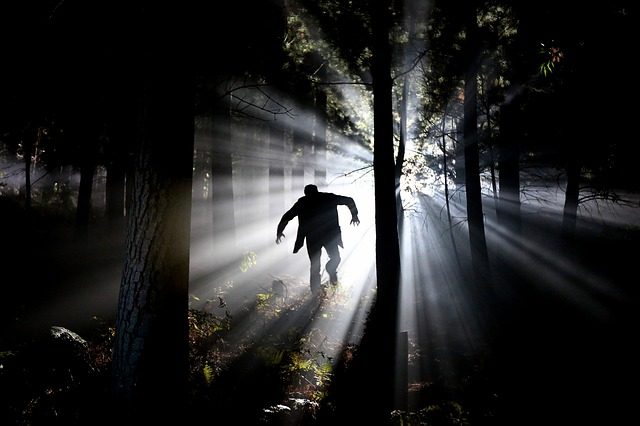 That statement accompanied the announcement that the UN Department on Safety and Security (UNDSS) recommended removing UN personnel from the Phalombe and Mulanje districts after reports that at least six people had been killed by vampire vigilantes. The U.S. embassy in Malawi also temporarily withdrew its Peace Corps volunteers from four districts and advised its citizens not to visit the area because of:

“… ongoing acts of vigilante justice stemming from rumors of persons attempting to siphon blood from local residents for ritualistic use.”

The situation is serious enough that Malawian President Peter Mutharika is personally involved.

“This development has been of grave concern to the President and the entire Government.”

How grave? The police have deployed over 100 riot officers to the region, while the vampire vigilantes have countered with road blocks and armed mobs roaming the streets to hunt down alleged blood-suckers. You’d think they’d have this resolved by now, but this is Malawi and it’s not always clear which side is right side. While the president acknowledges the problem, he's blaming the vampire rumors on neighboring Mozambique. In the 1970s, the government of former Malawi dictator Hastings Kamuzu Banda was accused of killing a dozen citizens to allegedly send their blood to South Africa, and there have been rumors of government blood-for-food exchanges. In 2003, panic erupted when a radio commentator interviewed a man who claimed his village was overrun by vampires. journalist for interviewing a man who claimed his village was visited by bloodsucking vampires.

Perhaps the UN should contact its New York neighbor for “Vampire Removal” services. Cards advertising this and "24/7 Monster Disposal" were distributed in Brooklyn. UPI traced them to The Ambrose Light, a local political satire blog that was promoting voter registration by referring to politicians as “vampires.”

"Our neighborhood is under the influence of demonic forces beyond our control. They have infected the highest levels of government! They feed on our precious bodily fluids, and our tax-dollars! It is time to join the Vampire Removal Corps."

These two events are proof that we need to get serious about vampires. The question is … which ones?