Ancient Art in Caribbean Caves Has a Mysterious Inspiration

“Imagine a social networking site, where instead of having a page with posts of people here you have an actual cave wall or roof full of different pictographs.”

If you’re looking for proof that the inhabitants of the Americas before the arrival of the Europeans were ahead of their time, a new study that is the result of three years of intense spelunking in the caves of the uninhabited Puerto Rican island of Mona Island is a good place to start. Researchers found 70 cave systems on the currently uninhabited island filled with indigenous pre-Columbian rock art and the reason behind the strangeness of some of the drawings is a surprise.

In a press release announcing their study published in the Journal of Archaeological Science, researchers from the University of Leicester, the British Museum, the British Geological Survey and Cambridge University call the thousands of well-preserved wall drawings deep in the caves the “greatest diversity of preserved indigenous iconography in the Caribbean.”

“Most of the precolonial pictographs are in very narrow spaces deep in the caves, some are very hard to access, you have to crawl to get to them, they are very extensive and humidity is very high but it is extremely rewarding.”

Fortunately for the pictorials, but not for the indigenous people, the island has been uninhabited since the 16th century. First settled by Arawaks from Hispaniola and later by the Tainos from Cuba and other Caribbean islands, Ámona had the bad luck of being ‘discovered’ by Christopher Columbus on his second voyage. It quickly became a major port and the natives were offered ‘jobs’ as ‘laborers’ in the fields while merchants and pirates (including Captain Kidd) pillaged the island. By the late 16th century, the Spanish had no more use for Mona and abandoned it to the natives – who had already abandoned it to the ruthless Europeans. As a result, there was no one to see or destroy the hidden cave artwork. 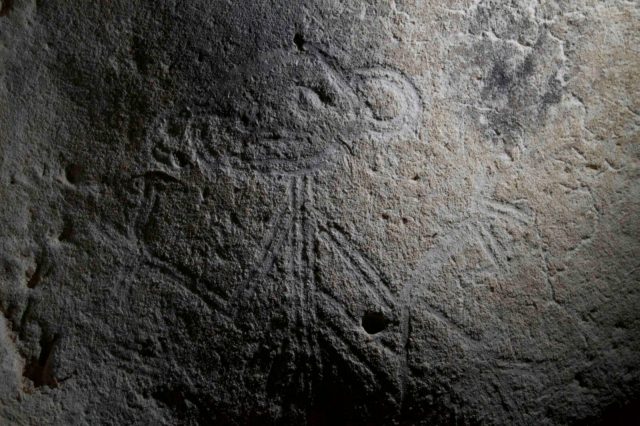 Being in caves, it’s not surprising that the artists used bat guano that had changed colors by absorbing minerals from the floors. Most of the pictures were drawn with their fingers after dipping them in the guano ‘paint’ or simply by using their fingertips to remove the dark calcite on the walls and expose the lighter rock underneath. The figures in the drawings appear to be humans in transition to animals or plants which the researchers say indicates that these were deeply spiritual pictures in a deep, dark spiritual place. In fact, that explains the strange shapes in the pictures.

"They took cohoba a hallucinogenic drug that you snort and it's very powerful."

According to co-author Dr. Jago Cooper, the Tainos people inhaled the ground seeds of cojóbana tree for a psychedelically-induced spiritual experience. Under the direction of a shaman or religious leader, the people would be led deep into this temple-like place.

“The further you go into the cave the more into the spiritual world you go. In the dark a lot of your sense are totally transformed - it's very eerie and strange. You are completely out of your comfort zone - it's discombobulating and the same thing would have happened would have happened to the people making this art." 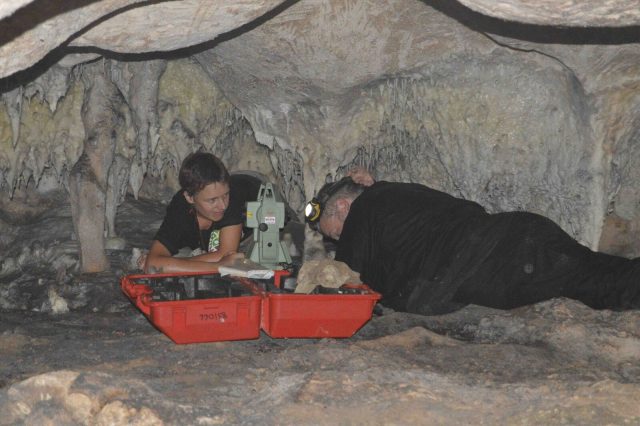 The art shows that the caves acted as portals to the spiritual world – a kind of transition point where the human changed to another form. More research is planned. (Shouldn’t this be done under the influence of cohoba? Asking for a friend.)

Mona Island is still generally uninhabited and the areas where the drawings are found in the caves are difficult to reach, so they’re safe … for now.