Before Bigfoot There Were Wild Men

Those who are skeptical of the possibility that the Bigfoot phenomenon is real, often point to the fact that the term "Bigfoot" was not even coined until the 1950s. My answer to that is: "Well, so what?" Just because a particular, now-famous term was only created shortly before the dawning of the 1960s, doesn't mean that the subject lacks validity. In fact, you only have to type "19th century Bigfoot reports" into your favorite search engine and you'll see almost countless examples of pre-1950s reports of creatures which sound just like Bigfoot.

The only difference is the name. Whereas "Bigfoot" is familiar to most people today - regardless of whether or not they believe in the existence of the creatures - the words "wild men" were often used back in the 1800s to describe an encounter with a Bigfoot. Such creatures were referred as "wild men" well up into the 20th century and not at all long before "Bigfoot" became the favored term of many. I'm going to share a couple of such cases with you which demonstrate that just because the "B word" wasn't used years ago, it doesn't mean that Bigfoot is not a reality. And here's the first example:

"DREADED WILD MEN Strike Fear Into Indian Children" was the eye-catching title of an article that jumped out of the pages of the March 3, 1934, edition of the Lethbridge Herald newspaper, covering the Lethbridge area of Alberta, Canada. The story was a fascinating one, given that it focused on the often reported possibility that the Bigfoot creatures are able to remain out of harm’s way and detection by living in underground realms, such as ancient caverns and incredibly deep cave-systems. The article began by stating that Native American children in the vicinity of Harrison Mills, British Columbia, had been warned to stay close to “their mothers’ apron strings, for the fearsome ‘Sasquatch’ had returned to spread terror through peace-loving Chehalis tribes.” 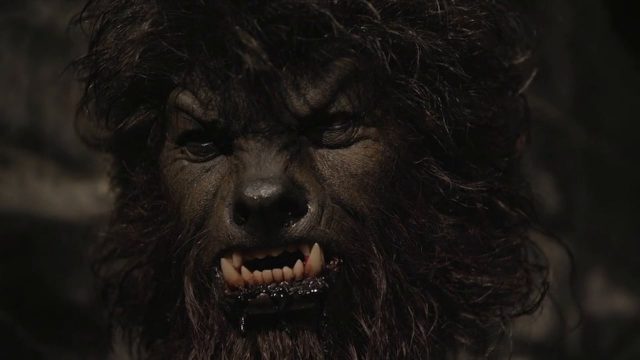 It was noted that although reports of the much feared creatures were all the rage in the area some three decades earlier, this was the first time, since around 1914, that they had been seen “on the prowl” in the area. It appeared that the first, most recent encounter came from a man named Frank Dan. The Lethbridge Herald captivated its readers with the details of the uncanny event:

“Investigating the persistent barking of his dog at night, Dan came face to face with a hairy giant who, according to Dan, was tall and muscular, prowling in the nude. He was covered in black hair from head to foot except for a small space around the eyes. Dan ran breathlessly into his house and secured the door. Peeking through the window, he saw the giant stride leisurely into the nearby bush and disappear.”

The writer of the article noted something very interesting: “The Indians say the Sasquatch dwell in caves and subterranean caverns on the borders of lakes in the mountain vastnesses [sic]. Many strange tales are told of the appearances of the elusive people.”

Despite the unsettling nature of the story, the newspaper finished on a humorous note, whether deliberate or not: “A Chehalis woman related that, when her husband was returning from the hunt with a score or more of ducks he had shot, a Sasquatch stepped out of the bush and took the ducks from him – except one, which the giant stuffed into the shirt of the frightened Indian.”

Selfish, it would appear, Bigfoot is not!

New Discovery May Rewrite the History of Ancient Greek Art