Beware Of The Little Folk

It was in the early hours of a winter’s morning in 1975 when Barry and Elaine, a married couple then in their late twenties and with two small children, were driving towards their then-Slitting Mill, Staffordshire, England home, after attending a Christmas party in the nearby town of Penkridge. As the pair headed towards the small village (its population today, four centuries after its initial foundations were laid, is still less than three hundred), their car’s engine began to splutter and, to their consternation and concern, completely died. Having managed to carefully coast the car to the side of the road, Barry proceeded to quickly open the hood and took a look at the engine – “even though I’m mainly useless at mechanical stuff,” he states.

There did not appear to be any loose-wires, the radiator was certainly not over-heated, and a check of the car’s fuses did not provide any indication of what might be the problem. But, as the family was less than half a mile or so from home at that point, Barry made a decision, as he explained:

“We had a picnic blanket in the boot [a British term for trunk] of the car and I got it out. I got back into the car and I said to Elaine something like: ‘Let’s cover you up and the kids with the blanket.’ They were in the back sleeping and [were] only four and six at the time. So I said to [Elaine]: ‘You stay with them, and I’ll run back home and get your car, pick the three of you up, and then we’ll leave my car here, and we can get someone out from a garage to look at it tomorrow.’”

At that point, however, their plans were thrown into complete and utter disarray. According to Barry, Elaine let out a loud scream, terrified by the sight of a small figure that ran across the road in front of them at a high rate of speed. She explains: “I just about saw it at the last second, and then another one followed it, and then a third one. The best way I can describe them to you is like a hairy troll or something like that. We had some moonlight and they were like little men, but with hunchbacks and big, hooked noses and not a stitch on them at all. Not a stitch, at all; just hair all over them. I’d say they were all four-feet-tallish, and when the third one crossed by us, you could see them at the edge of the trees – wary, or something, anyway.” 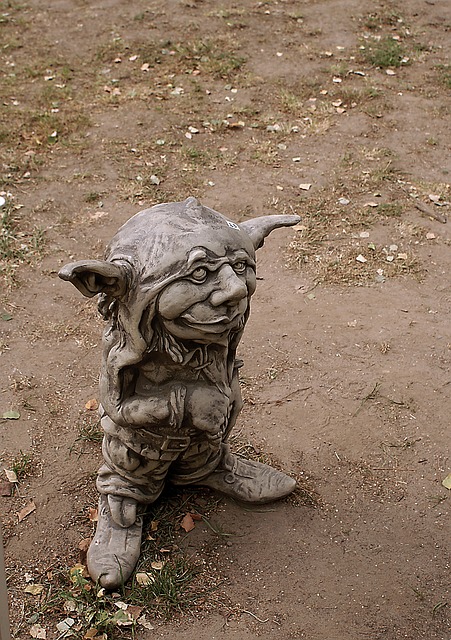 Things became very hazy indeed, says Barry: “We both know from memory that they came forwards, towards us, very slowly to us, and I’ve thought since that they were interested in us or wanted to know who we were. They came very slowly, and it was a bit like we were being hunted, to me. Elaine was hysterical; and with the kids with us, I wasn’t far-off, either.

“But that’s all we remember. The next, it’s all gone; nothing. Neither of us remembers seeing them go, and the next thing it was about two o’clock and the car started fine, then. It felt like something had happened to us, but I couldn’t quite put my finger on, you know what I mean? But the memory thing is the biggest problem, even now. What was it? I did have a dream later about them surrounding the car, but that’s it, really. But they were there and we did see them, right up by the Stone House [Author’s Note: A reference to a large, old abode that sits on the edge of the village of Slitting Mill and that dates back to 1584, two centuries prior to the emergence of the village in the 1700s].” 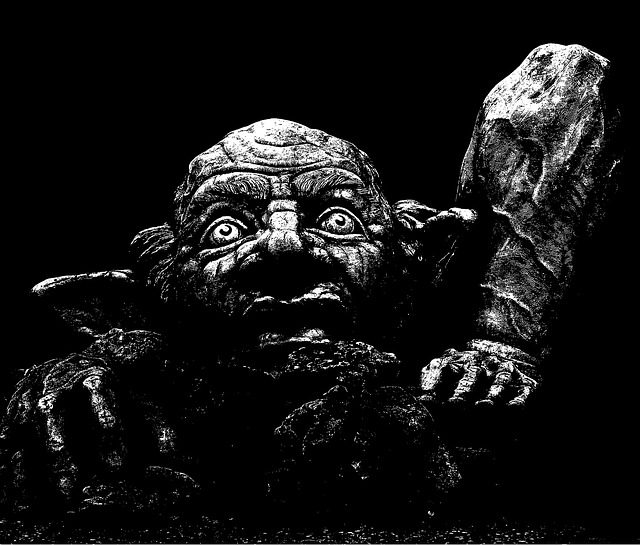 Barry states that, to this day, and now both in their mid-sixties, both he and Elaine still feel very uneasy about the loss of memory that they both experienced back in 1975, but he is keen to affirm that: “I know, and we know, that we both saw them. The kids don’t remember a thing, thankfully. They were horrible little things. All that hair: Trolls, goblins, something. But they were there and they were real.” Neither Barry nor Elaine have ever experienced any further such incidents or encounters with the unknown, but they have never forgotten those disturbing events deep in the heart of Slitting Mill on a chilly, winter night all those years ago with a strange band of hairy trolls.