Biohackers are Using CRISPR to Hack Their Own DNA

“This is the first time in the history of the Earth that humans are no longer slaves to the genetics they are born with.”

With that bit of bravado, a biochemist recently became the first person known to have hacked their own DNA using CRISPR. He recently hacked his DNA a second time and has since been joined by others and is making the building blocks of CRISPR available to all by selling do-it-yourself kits. What could possibly go wrong?

According to Josiah Zayner, not much. The former NASA fellow cut his gene-editing teeth in the Synthetic Biology program where he engineered bacteria that could one day terraform Mars. and biochemist He is also the creator of the Chromochord -- the world’s first musical instrument based on engineered protein nanotechnology.

However, he now puts that Ph.D. in Molecular Biophysics from the University of Chicago to work at The ODIN – the biohacking company he founded. To demonstrate the effectiveness and safety of the process, he injected himself with a CRISPR tool programmed to attack his myostatin gene which regulates muscle growth. Without it, muscles grow uncontrolled and become bodybuilder-worthy without exercise. This has already been done in animals and now, in a human arm.

"I'm hoping to see localized muscle growth in my forearm. That's what I would hope because it was a localized injection to a specific area.”

Zayner describes the complete process in great but easy-to-understand detail on his blog. He bought the myostatin DNA online (ODIN now sells it) and grew and purified it himself before injecting it. He reported mild tenderness and proceeded to measure his forearm regularly, both relaxed and flexed. Does he now have what it takes to be the next Mr. Bicep?

“The way to test to see how many cells were modified would require some "deep sequencing" i.e. I would need to do a muscle tissue biopsy and would need to sequence the myostatin gene in thousands of my muscle cells. I have contacted some companies for quotes.” 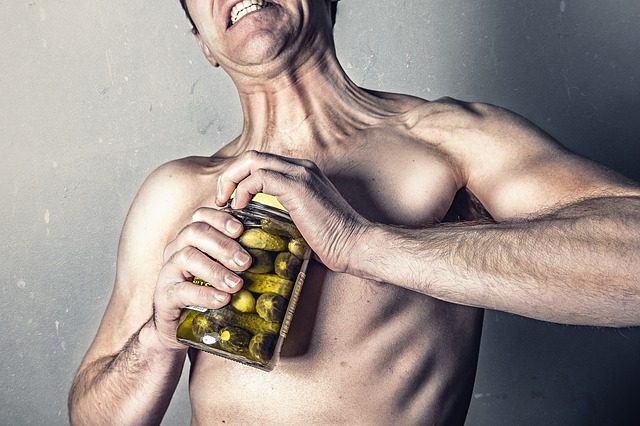 Well, at least it didn’t kill him or turn him into a mutant. Just to be on the safe side, the DNA ODIN sells on the same site where it offers a complete Genetic Engineering Home Lab Kit ($1,549.00 – a great Christmas gift for the guy who has everything but a massive forearm) is not injectable. However, Zayner gives instructions on how to obtain it online. He also gives some encouragement to fellow biohackers.

“And as far as I know, in animals or in non single celled organisms, spontaneous formation of tumours or cancers never happened using CRISPR."

While it’s not known if an ODIN kit was used, Gizmodo reports that a man with HIV recently attempted to stop its progress by injecting himself with a gene biohacked by Ascendance Biomedical.

Will DIY biohacking using CRISPR one day replace doctors and hospitals? Or will it one day replace normal but slightly flawed humans with dangerous genetic mutants? Keep your eye on the arm of Josiah Zayner.