Bullets and the Indestructible Bigfoot

On the night of November 28, 2014, on the hugely popular radio show, Coast to Coast AM, author and Sasquatch expert Stan Gordon spoke about his Bigfoot research and writing. Gordon’s Bigfoot studies demonstrate a connection between the strange beasts and multiple, weird phenomena – including matters of a psychic nature and also UFOs. One of the issues that Gordon discussed on the show was Bigfoot’s apparent ability to remain unaffected when blasted with bullets. This was made clear in the summary of Gordon’s interview, which appeared at the Coast to Coast AM website the very next day:

“[Gordon] explained that, in October of 1973, witnesses spotted a slow-moving, bright red UFO apparently land in the pasture of a farm...Suddenly, they noticed two Bigfoot creeping along a barbed wire fence about 75-feet away from the UFO and making those strange sounds.” One of the men “...then tried shooting the Bigfoot with live ammunition, but the bullets had no effect and the creatures wandered off into the woods.” This was not a one-off event, however: it’s just the tip of the iceberg.

Philip Rife, Bigfoot investigator, says: “In 1959, a policeman had a scary encounter with a Bigfoot on a rural road in Carroll County. The officer watched in amazement as the creature crossed directly in front of his patrol car and stepped effortlessly over a barbed wire fence...The policeman then withdrew his service revolver and fired at the Bigfoot. When the bullets appeared to have no effect, the officer sprinted to his car and sped from the scene.”

There was a bizarre Bigfoot encounter in the town of Rising Sun, Indiana, in 1977. In this case, one of the witnesses, Tom Courters, attempted to shoot and kill the creature. No surprises here: the beast was utterly impervious to bullets. Granted, it was said to have been around twelve-feet in height, which may have ensured its massive, muscular body had a chance of avoiding death from a couple of bullets or more. But, there was a very weird aspect to all of this: the creature reportedly dived at the ground and...vanished."

Trying to come to some form of conclusion for these cases that suggest Bigfoot is impervious to the effects of bullets, is a difficult task. Those who believe Bigfoot to be an unknown ape, but one of regular flesh and blood proportions, would likely say those who shot at Bigfoot either missed their target - perhaps as a result of hand-shaking fear and a dark night - or the sheer bulk and mass of the creatures meant the bullets had little effect. 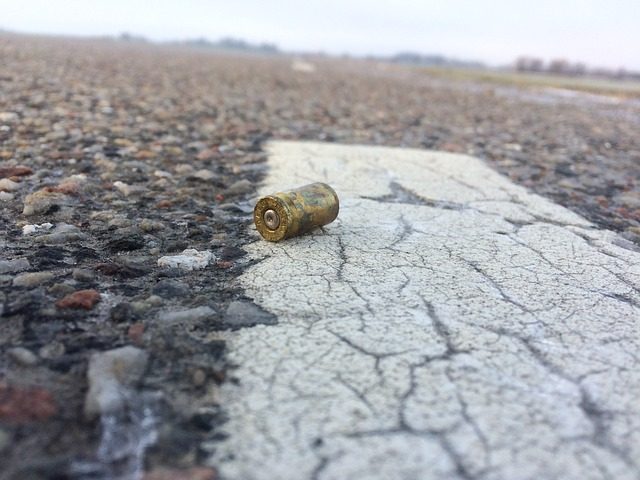 On the other hand, however, there is the story from Stan Gordon, of a bullet-proof Bigfoot seen in the same time-frame and location as a UFO, and that of Tom Black, in which a creature – after being shot at - dived at the ground and mysteriously vanished. Whether bullet-proof or just lucky one hundred percent of the time, the fact is that, so far, no-one who has attempted to shoot and kill a Bigfoot has ever succeeded in doing so. And, of the handful of people who have claimed to have done precisely that, not one of them has been able to present the corpse for study and autopsy.

Egyptologist Voids the Void Discovered in the Great Pyramid