Dog-Men Vs. Kangaroos: A Connection?

There's no doubt that one of the biggest mysteries of the last couple of decades is that of what have become known as Dog-Men. Basically, it's a modern day term for what most people would call a werewolf. In the old tales and legends (which have been welcomed with open arms by Hollywood on countless occasions) the werewolf is a tortured soul, cursed with having to live the life of a monster as a result of being bitten by another werewolf. The change occurs when the Moon is full. And, of the various ways available to kill a werewolf, a silver-bullet or several is said to be the most successful. Of course, this is very much based on folklore and mythology. But, what of reality? And, what of the Dog-Men?

It often comes as a surprise to many people when I tell them that there is hardly a case on record of anyone seeing a person becoming a Dog-Man. Or vice-versa. And of the small number of such cases that are on record, they are very much open to interpretation and highly controversial. Indeed, several such cases in my files are clearly hoaxes and nothing else. The fact is that almost all of the people who report Dog-Men encounters describe seeing what, in essence, appears to be a large wolf which has the ability to walk on both four limbs and two limbs. And, for the most part, there is zero talk of these things changing form. So, what could these creatures be? 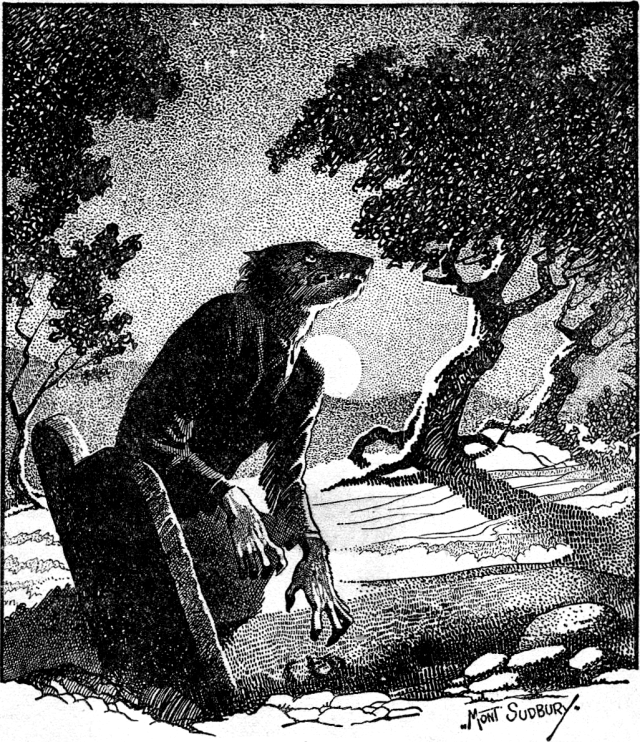 In my view, there is a Dog-Man phenomenon. I have spoken to so many witnesses to the creatures, and to the point where I don't doubt they are seeing something. Over the course of no less than six books, Linda Godfrey has made a very strong case that Dog-Men do exist. She has also made a persuasive argument suggesting that these creatures are, in some fashion, paranormal in nature. Check out Linda's 2016 book, Monsters Among Us, for an excellent study of her thoughts and observations.

There is, however, another issue to all of this. As I said above, I do believe there is a real Dog-Man phenomenon - even if I don't know what its origins are. But, I also think that some cases might be due to misidentification. But, of what? Well, that's a question that definitely requires an answer. Over the years, I have heard a few stories suggesting that some Dog-Man sightings in both the United States and in the U.K. may have been due to people seeing kangaroos and wallabies under fleeting, dark, circumstances. Now, some people might laugh at this theory, or even outright ignore it, but bear with me.

In her 2010 book, The Michigan Dogman, Linda Godfrey addresses the kangaroo angle of the Dog-Man controversy, noting that "'Roos do have upright ears and a long face with muzzle, and they get around in an upright position, although they hop rather than run." Kangaroos also have powerful, muscular front limbs and muscular chests too - issues which are often also brought up in Dog-Man cases. 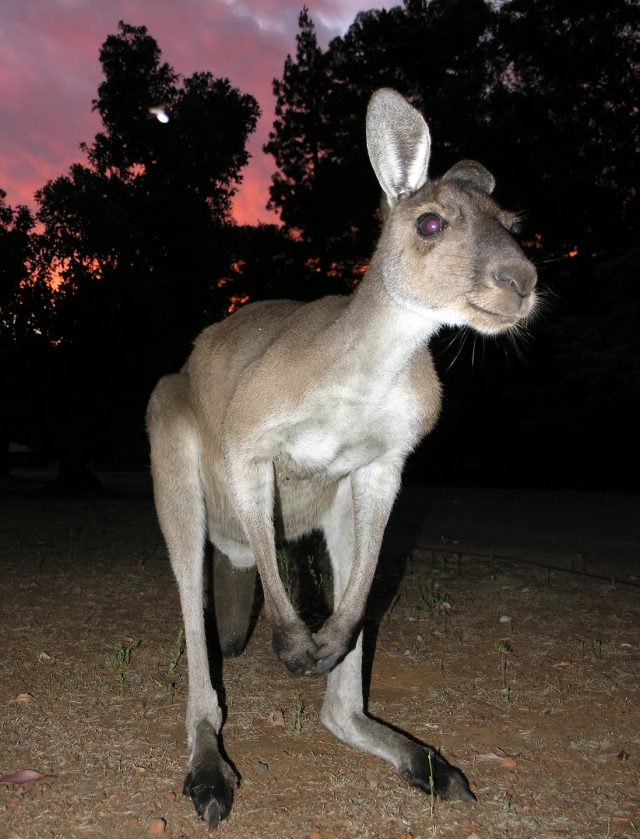 Now, it's important to note that Linda does not conclude that the Dog-Man controversy can be explained away by mistaken identity - of kangaroos or of smaller wallabies. But, if you were to see an upright kangaroo - let's say when darkness has fallen - partially hidden by trees and bushes, and which remains motionless, you might well think you had seen a Dog-Man. Consider this particular photo, and then consider seeing this animal briefly and in poor light, and with the tail out of sight. Might you think you had seen a Dog-Man? Possibly, yes.

It's also very important (and relevant) to note that reports of wild kangaroos and wallabies roaming in the United States are far from scarce. See this link and this one, too.

So, in closing, I don't think this is the answer to the genuinely weird aspects of the Dog-Man enigma. But, maybe a few cases? I would not be at all surprised.