Donuts, Bowls and Rings are the Popular New UFO Shapes

Saucers, triangles and orbs appear to be so yesterday when it comes to UFO shapes these days. Just this week, stories came in from China and California about UFOs shaped like donuts, bowls and rings. Is this the start of the new model year for alien spacecrafts? If so, the photographs and video are unusually clear and suitable for ad campaigns.

The first comes from Lake Dianchi in China's Yunnan Province where John Chen, on vacation from Taiwan, took some nice clear pictures of birds in the sky above the lake using a camera that was much more in focus than he was because he didn’t see the donut-shaped UFO floating over the horizon until looking at the pictures at home.

"It's very curious. I don't know what it is so my suggestion is that it's a UFO. It doesn't make any sense.”

The UFO actually looks more like a French cruller than a donut, but the image (seen here) was sharp enough to convince Chen to send it to British UFO researcher Philip Mantle, who reportedly shared it with fellow experts and could not determine what exactly the UFO was. Since Chen doesn’t remember seeing it, there’s no data on its movements. It’s definitely an odd shape for an aircraft, so lighter-than-air trash seems to be leading in the polls. 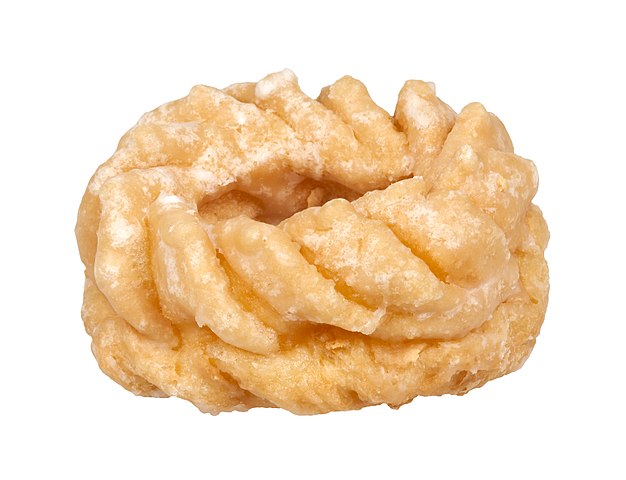 The next photo is one of those “I took this 10 years ago but just decided to show it now” kind of revelations, but it’s interesting because of its clarity and its alleged proximity to a US naval base with a China connection. The Daily Express says the photographer used the pseudonym “Keith Bradshaw” (never a good sign) and there are no corroborating reports outside of the British tabloid family. “Bradshaw” says he took the photo (seen here) in 2007 near the Naval Air Weapons Station China Lake in the Western Mojave Desert after a friend told him about it.

"This thing would wobble along close to the ground, very unstable. Then it would freeze in position, go up to a certain height and sit there for a few minutes, perfectly still. It made no noise that I could hear."

Unfortunately, he didn't get a video of the bowl-on-a-bowl-shaped UFO, nor of the helicopter flying above and around it. He says he suspects the helicopter may have been controlling it and the craft was too small for a human to ride in. Nonetheless, his photo also ended up in the hands of Philip Mantle, who reportedly said he’s never seen anything like this in 40 years and:

"This could turn out to be one of the most controversial UFO photo cases on record."

Or it could be a fake. Other experts pointed out that it could be a sophisticated (for 2007) drone, and noted the military would have had more security if it was something truly top secret. 'Hoax' is getting the most votes here.

The third sighting – a ring-shaped cloud tinged orange from the sun – was allegedly taken in Shangrao in the Jiangxi Province. It looks like there were plenty of witnesses. (video and photos here). This type of UFO is generally identified as a vortex ring, which can be the result of a cannon firing (these are popular at festivals), an explosion or a spherical mass of fast-moving air meeting another mass of stationary air. One thing is for sure – they’re not alien spacecrafts or deemed worthy of evaluation by UFO experts. 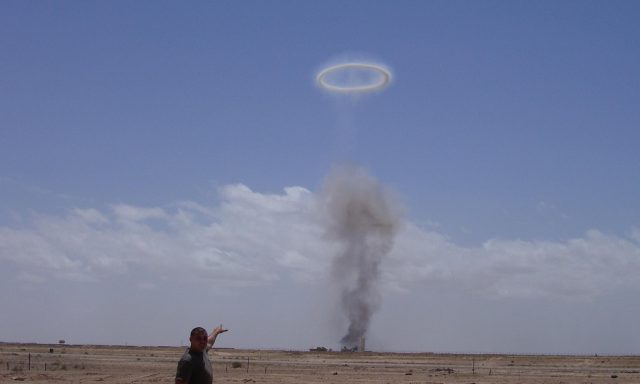 That’s this week’s edition of New Shapes in UFOs.