On Saturday November 18, good mate and cryptozoologist Ken Gerhard drove up from his San Antonio, Texas home to speak for the Dallas-Fort Worth MUFON group on the following afternoon. The subject: Ken's book Encounters With Flying Humanoids. If you're into Cryptozoology, you're sure to know Ken's name. He has, quite literally, traveled much of the world in search of what have become known as Cryptids. Unknown animals, in other words. Indeed, Ken has now visited close to thirty countries in his pursuits of all things monstrous.

If you know Ken, you'll also be aware that he's very much in the flesh-and-blood camp when it comes to the issue of Cryptids like lake-monsters, Bigfoot, the Yeti, and China's very own Bigfoot, the Yeren. Ken's lecture for MUFON, however, was significantly different. While Ken is not in any doubt that the Flying Humanoid phenomenon is all too real, he is also of the opinion that these particular creatures are most definitely not flesh and blood - at least, not in the way we understand it. But, I'm getting a bit ahead of myself. 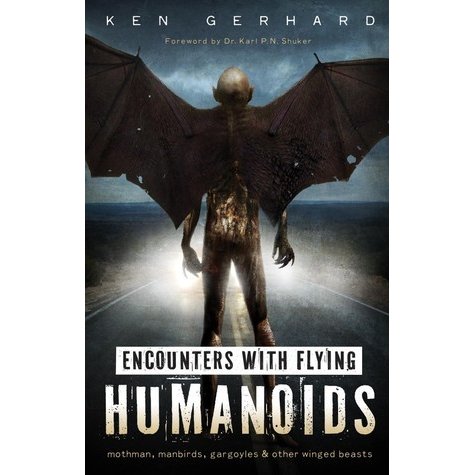 Around 40-50 people turned up for what turned out to be a very entertaining and informative gig. Ken put together a cool Powerpoint presentation, demonstrating the fact that Flying Humanoids are nothing new. Ken focused on the ancient Harpies of Greek legend. He also skillfully demonstrated how Angels came to be associated with wings, even though the likes of The Bible make extremely scant reference to winged figures. The demonic Pazuzu - perhaps most well-known for its links to the movie, The Exorcist - also became a part of Ken's lecture, as did the Garuda and Japan's Tengu - all winged entities of a mysterious type, and all ancient in their origins.

Moving on, Ken addressed those cases that have UFO overtones attached to them. One, of course, being the Mothman of Point Pleasant, West Virginia. Ken gave a solid overview of the events that went down between late 1966 and December 1967 - the latter date being when Point Pleasant's Silver Bridge collapsed into the Ohio River, killing dozens of people. If you know your Mothman lore, you'll also know that UFO sightings and encounters with the Men in Black proliferated in those areas where the Mothman was seen. Ken also touched on the saga of the hovering Flatwoods Monster (also of West Virginia) of 1952, and the floating, rather than flying, goblin-like things seen in the Kelly-Hopkinsville areas of Kentucky in August 1955.

Some of the stories that Ken related were not just bizarre, but almost beyond bizarre. We're talking about the likes of the near-legendary Bird Woman of Da Nang - a winged, female humanoid seen gliding across the night-sky during the Vietnam War. A definitively eerie saga, it's one that absolutely typifies the Flying Humanoid phenomenon. Ken also touched on England's fiery-eyed Owlman phenomenon - which, as Ken admitted, has a few dubious aspects attached to it, but which also has a couple of credible cases to support it. 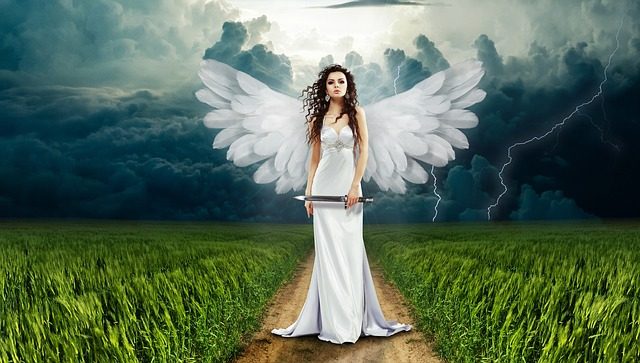 Perhaps most intriguing of all was the saga of the Houston Batman - a case Ken dug into deeply and which involved a Flying Humanoid seen in the city of Houston, Texas in June 1953. A particularly weird creature, it was described by Ken as glowing, with bat-like wings, and a height of around seven-feet. No wonder it terrified those who were unfortunate enough to encounter it.

Now, we get to the issue of what these things are - or might be. I mentioned earlier in this article that Ken is very much of the opinion that the vast majority of all Cryptids are living, flesh and blood animals that have yet to be identified. Ken made it very clear to the audience, however, that he feels the Flying Humanoid phenomenon is a very different one. This (and the matter of the Dogman enigma) is one of the areas of Cryptozoology that Ken believes is far more supernatural in nature. Ken noted in his lecture that so many of these winged things are associated with ill-omens, with disaster, and with death. He spoke of cases where people had fallen sick after encountering these flying man-beasts.

Some of the Flying Humanoids, Ken pointed out, were - aerodynamically-speaking - simply not built to fly, but they seemed to be doing exactly that. The cross-overs into Ufology intrigued Ken, as did reports of relatively modern day cases involving flying witches. For those who thought that Cryptozoology was just about the study of unknown animals of a very down to earth nature, Ken's presentation demonstrated that on the fringes of Cryptozoology lurk some seriously strange beasts. And, most of them above us!

Biohackers are Using CRISPR to Hack Their Own DNA