The most terrifying resident of White Rock Lake, Dallas, Texas, is its legendary Goat-Man. The saga of the lake's mysterious and supernatural resident is one that particularly intrigues me, as I lived at the lake from 2003 to 2008. And, it wasn't long at all before I got to hear the lowdown on the Pan-like creature. Interestingly, there are no less than three Goat-Man tales/legends in the Lone Star State. Certainly, the most well-known one is the Goat-Man of Lake Worth.

One night in the summer of 1969, all hell broke loose. John Reichart, his wife, and two other couples were parked at Lake Worth when a monstrous-looking creature came charging out of the thick woods. Reportedly covered in both scales and fur, it slammed with a crashing bang onto the hood of the Reichart’s car and even tried to grab hold of the not-surprisingly-terrified Mrs. Reichart, before racing off into the pitch-black night and the camouflage of the dense, surrounding trees. The solitary evidence of its dark and foreboding presence was a deep, foot-and-a-half-long scratch along the side of the Reichart’s vehicle. For weeks, the crazed creature was seen. Some witnesses claimed it had horns. Others said it had hoofs rather than feet. Hence the name: the Goat-Man. Moving on...

Denton, Texas is roughly about an hour’s drive from where I live and has a very strange and monstrous legend attached to it. It concerns nothing less than a terror-inducing Goat-Man, of the very type that have been reported from a whole variety of other locations across the United States for many a year. As for the stories that revolve around the creature’s presence, one legend says that, many years ago, wannabe devil worshipers in the area inadvertently opened up a portal to some hellish realm that allowed the vile beast open access to our world. And now, today, and as a direct result of this reckless action, the Goat Man has no intention – at all – of returning to the twilight zone from which he first strode forth. Hence his deep desire to forever haunt the old steel-and-wood bridge at Denton. And that's just one of three explanations for the beast's presence!

Far less well-known is the aforementioned White Rock Lake Goat-Man. So the story goes, on several occasions in the 1970s and 1980s a distinctly odd creature was seen in and around the trees after sunset, and which was described as being man-like in form, around seven feet in height, but with Goat-style protrusions sticking out of its head, and hooves instead of feet. The description of the animal was eerily like that of the fabled Satyrs of Greek legend. And it must be noted that numerous other cultures had an awareness that such strange creatures were lurking among them. There was, for example, the god, Pan.

The deity of woods and fields and of flocks and shepherds, Pan dwelt in grottoes, roamed both mountains and valleys, was a lover of music, and was universally feared. It's from Pan that we get the word "panic." Hence the term "panic-attack." A fascinating account - which, notably, ties in with panicky states - that is deserved of mention was brought to my attention years ago by Sandy Grace, who saw the Goat Man up close and personal in August 2001, at White Rock Lake. Grace had been jogging around the lake on the nine-mile long trail when, at around 2:00 p.m., and out of the trees, stepped the strangest looking thing she had ever seen. 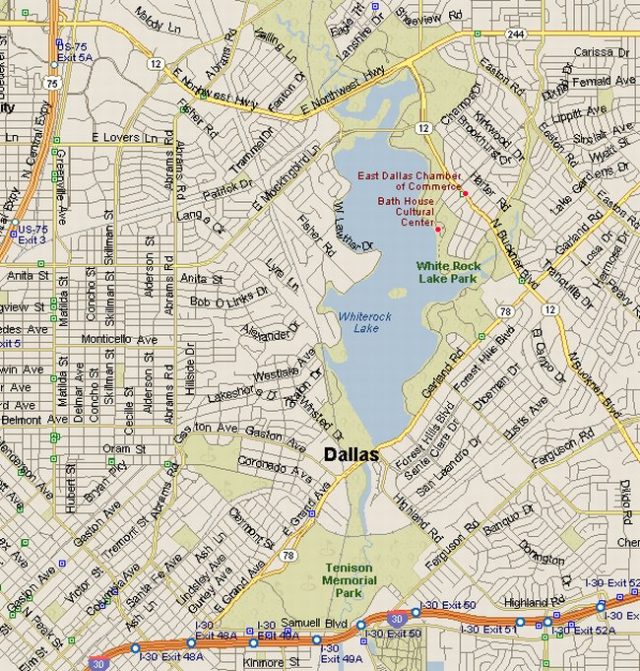 Large, and covered in thin, coarse brown hair and with two large horn-like protrusions, the half-man-half-beast strode purposefully in her direction with a malevolent, sneering grin on its face. Bizarrely, when it got within about fifteen feet of the terror-stricken Grace, the animal crouched on its four limbs and vanished in a flash of light. She was sure that it had not been a hallucination, but was equally sure that such a thing could not live within the confines of White Rock Lake - or, indeed, anywhere on the face of the Earth.

One final word: Very interestingly, Grace told me that less than a minute before the Goat Man appeared, she was overcome by an intense feeling of fear - albeit for no particular reason she could fathom, then or now. She had never suffered from panic-attacks (before or since), but figured that this was probably the best way to describe how she felt.

Giant Object Named OGLE is Neither a Planet Nor a Star