Hoaxing and Fantasists: A Few Observations

Today, I thought I would do something a bit different here at Mysterious Universe. Last week, while doing radio, I was asked: Have you ever been the victim of a hoax? Well, I wouldn't say a victim, as that implies I came off worst. But, yes, like most people in the fields of Ufology and Cryptozoology, I have been approached by weirdos who are full of it and who have obscure and deranged agendas. I should stress from the outset that I specifically don't think that any of the cases below are the work of so-called "disinformation agents." Let's be clear on that. I think they are just the work of nut-jobs, loons and people with far too much time on their hands and who can't function in the real world.

Just a few months ago I received a Facebook message from someone using the alias of "Crunch." He claimed to know where there was a thriving group of wild camels in southern Arizona [Note: Camels did actually roam parts of the United States for decades - it's a strange and interesting military history-based story which you can find here]. There followed a complicated story of how the camels had managed to survive for who knows how many generations. Crunch claimed to have seen them "many times" and even to have fed them, as late as 2016. Yes, really. Well, actually, no. When Crunch told me of having spent quite a bit of time with them, even to where they seemed totally happy with his presence, I quite naturally asked an obvious question: did you take any photos? 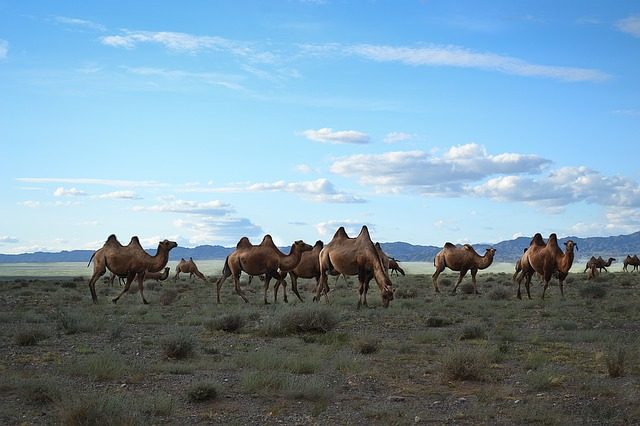 The answer was not just "No," but a rambling, highly unlikely tale of how "the Government doesn't want them photographed." Which is, of course, one of the most stupid and illogical explanations one could ever imagine. This is something I have found time and again in some of the hoaxes that have come my way. Namely, that the person creates a drawn-out, complicated reason as to why they cannot prove their claims. It's never a simple explanation. I could understand it if we were talking about photos of the Roswell bodies, but a bunch of grazing camels? Nope! I didn't even bother replying to Crunch's crazy claims of government cover-ups.

And while we're on the subject of the Roswell bodies...I found myself in a similar situation, one which I have not even bothered to discuss before, for one specific reason: it's clearly a bunch of crap. I had a Tuesday evening conversation a few months back with a guy whose name and number didn't appear on my Caller ID, but "Private Caller" did. It was someone who claimed that my life was in danger because of my Roswell research, as it related to human experimentation, rather than the crash of aliens back in 1947. I said something like: "Seeing as it's all theoretical, rather than something I can actually 100 percent prove, it would be very stupid for someone to take out a UFO researcher, me, when I can't even prove the theory." He replied along the lines of: "You do have proof; it's in your book." 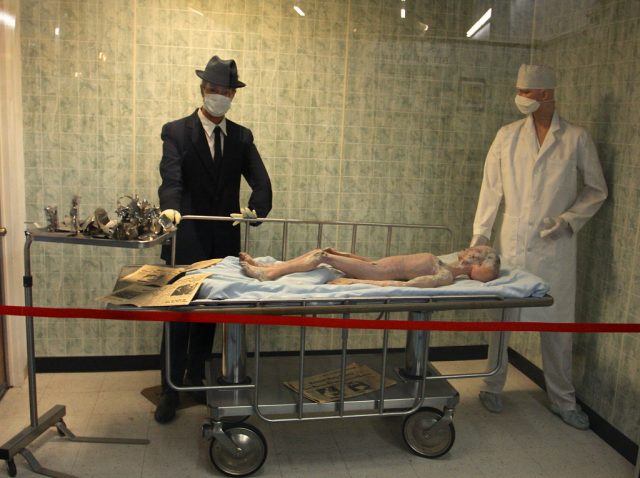 I said, "No, it's not in my book. What's in my book is testimony - both on and off the record - and supporting data that helps the case, but helping a case is not proof." He then added (again I'm paraphrasing his real words), something like this: "You should be scared." I said: "No, but you should." I then suggested (not seriously, of course) that I might just call the local cops - because he said that my life was in danger - and have them track down his number.

Mr. Deep Throat then totally caved in and screamed abuse that all UFO researchers are "wankers" (yes, he did employ a well-used English term, although he was American). Well, I have to agree with him to a small degree - a few of them are wankers! And, they know who they are. But, I digress. The fear was clear in his voice when he went off the rails. And when my bluff paid off, the phone went dead. Whoever this was, I am in no doubt he had zero info on Roswell and me (maybe aside from reading my recent Roswell book), but for some reason he thought it would be fun to try and screw with my mind. It takes far more than that, though!

And, finally, there's Cryptozoology's equivalent of the Roswell bodies - namely, the tale of Bigfoot corpses found on Mt. St. Helens after its eruption in 1980. So the tale goes, when the military and emergency services were on the scene they found a number of bodies of Bigfoot - some badly burned and others seriously injured but still just about alive. The tale goes that the hair-covered creatures were taken by helicopters to various military installations for study and care. Now, admittedly, there are some interesting stories from multiple different sources. But, when someone calls you up and claims to have in their possession some of the original photos from the 1980 site, and they want a lot of money without even considering sharing the evidence, that's when I roll my eyes and say goodbye and hang up. Or, just hang up.

Donuts, Bowls and Rings are the Popular New UFO Shapes