Given the opportunity to pick one science fiction technology from Star Wars to implement in the present day, death rays and laser cannons on aircraft would certainly be near the top of most military wish lists. Some Air Force general must have been rubbing his magic lamp really hard because Lockheed Martin has committed to providing laser weapons for fighter jets by 2021. Did you hear that, Chewy?

“It's a completely new and different challenge to get a laser system into a smaller, airborne test platform. It's exciting to see this technology mature enough to embed in an aircraft."

In a press release this week, Dr. Rob Afzal, senior fellow of laser weapon systems at Lockheed, described what the Air Force Research Lab (AFRL) will get in return for a $26.3 million contract for a high power fiber laser. The technology is based on Lockheed’s 60 kW-class laser that can be mounted on land vehicles and has been swatting drones like annoying missile-firing flies in tests. However, putting that same technology on an aircraft is not easy as just checking it in as a carry-on bag upon boarding.

“We have developed innovative fiber lasers, sophisticated beam control and auxiliary technologies. Combined with expert platform integration, these advances enable offensive and defensive capabilities against a growing range of threats to military forces and infrastructure.”

In an interview with CNBC, defense analyst Daniel Goure describes the benefits of airborne lasers:

"You get a low cost per shot — much cheaper than a missile in almost every case. One of the things we find in a lot of our systems — land, sea and air — is that we run out of shots particularly on the defense. You just run out of bullets or missiles. And if you have laser, it avoids having to reload."

Even at low settings, LANCE will be able to blind or stun enemies like a giant laser pointer.

Will this death ray be installed on the TR-3B Black Triangle? Or is this just a clever smokescreen to hide the fact that it’s already there? 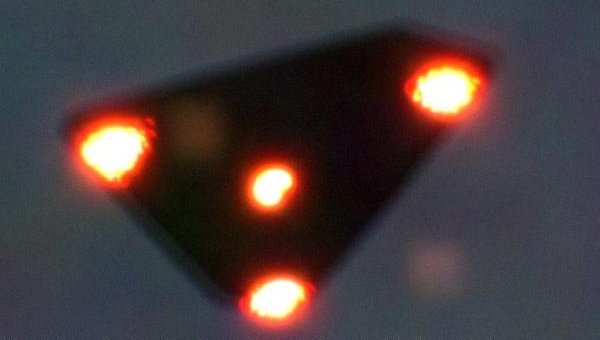