Of all the many and varied encounters with the Men in Black that I have on record, there is no doubt that one of the creepiest is that of an Englishman, Nev Jacques. Nev told me, just a couple of years ago, that while he and his wife were vacationing in the Canary Islands in 2012 they had a very strange encounter with a mysterious MIB. Nev began as follows:

"Hi Nick, I listened to your show on Coast to Coast, re Men in black recently, the header photo for that gave me some relief! Let me explain. I was on holiday with my wife in Fuerteventura, in the Canaries, November-December 2012. We were walking back to our hotel on a very long promenade walk. It was close to 4 p.m. There were other people milling about. It’s kind of high up on a volcanic rock face, directly at the seas edge and a wide open area."

Up until that point, everything had been completely normal. That normality, however, was destined to change radically and drastically, as Nev revealed to me: "We noticed about 100 meters in front of us a tall, thin man, at least 6 foot 2 with a big rimmed black hat, round feature hugging black sixties type sunglasses, a long sleeved shirt and a light-colored jumper over his shoulders and long trousers! What made it more strange was his face looked white, as if it was plastered in sun block, (whiter than white). We both laughed and watched him walk towards us. I got the feeling he was watching me, although I couldn’t see his eyes. As he drew closer it became apparent that it wasn’t sun block it was his skin! He had big hands and long fingers, also very white; kind of in front of him, not by his sides!" 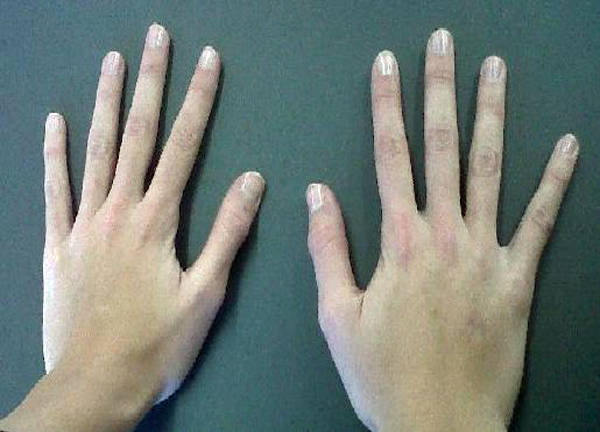 There was far more to come. All of it was very weird, which is hardly surprising: just about everything concerning the Men in Black is weird. Back to Nev: "When we where about 5 feet from him I noticed his skin was almost translucent. That's the only way I can describe it. His sunglasses covered all of his eye area and wrapped around the full socket area. They were round and black. He had a narrow, sunken face, and had a very angular jaw and prominent cheek bones. He looked in his sixties or so."

"When he was passing us he turned his head looking at me and spoke, with a kind of acknowledging manner and said something that I and my wife couldn’t understand or describe as human language. It was high and low pitched all at the same time and very short, that’s the best way to describe it! Strangely, we didn’t look back to see where he went or take a photo. Both of us don’t know why we didn’t. I got the feeling he was watching me from me first noticing him." 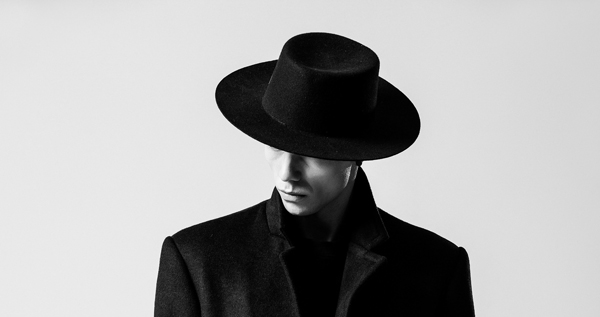 The brief experience was over, but Nev was unable to shake off the spine-tingling effects of that eerie encounter, as he told me: "We got back to the hotel and I could stop thinking and talking about the encounter with my wife. I kept telling her he wasn’t from here, his clothes weren’t right. In fact, he was totally alien in appearance to anyone I have ever seen in my life. I went to bed that night and didn’t sleep much. Every time I tried to go to sleep all I could see was him and I thought about the encounter for the rest of the holiday."

Nev concluded: "I searched the Internet for all types of albinos that I could find for months after, but couldn’t find a match for him. Then, I found your interview on Coast to Coast and, bingo, the artist’s impression of the Man in Black was him, only without the hat and glasses. It still freaks me out to this day, Nick, We can still not explain it! Kind Regards, Nev Jacques, UK."