Big Brother is watching you. So are Big Boss, Big Google and Big Screen TVs. Is there any way to keep at least some of your electronic and digital life under the radar without spending a fortune? Can you afford a bag of chips (or crisps, as those who eat them while driving on the left side of the road call them)? A man in Australia built a Faraday cage to block electromagnetic fields using an empty snack bag and managed to evade his employer’s tracking system for six months by putting the company-issued GPS device in his crinkly Faraday cage. Not only did it work, he’d still be on the golf course if it weren’t for a brown-nosing office snitch.

NPR reports that this modern-day Faraday is Tom Colella, a former electrician at Aroona P&T Pty Ltd in western Australia. “Former” because he was fired after an anonymous tipster told company management that he was playing golf when he should have been on the job. Puzzled as to how Colella evaded the sophisticated tracking system they had implemented, they caught him red-golf-glove-covered-handed with his GPS unit wrapped inside an empty bag of Twisties crunchy cheesy corn snacks. A check of their records showed six months of anomalies that translated to a half year of work-time golfing for Colella. He was fired and filed a lawsuit with Australia’s Fair Work Commission claiming unfair dismissal. 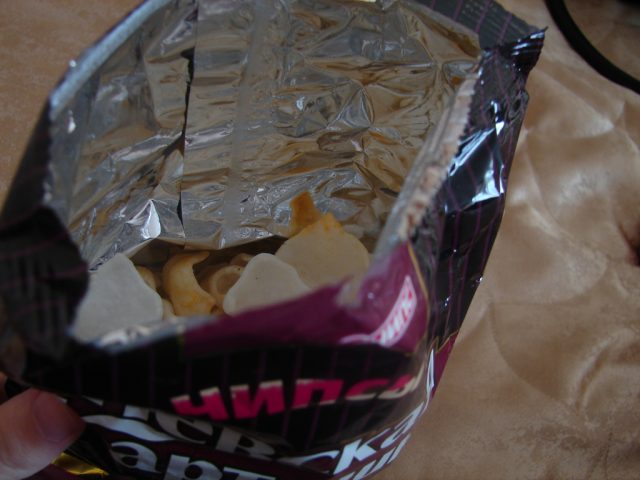 Perhaps the electrician felt the company should have been impressed with his ingenuity. Invented by English scientist Michael Faraday in 1836, Faraday cages shield their contents from electrostatic charges and some types of electromagnetic radiation by acting as a conductor and distributing them around their exterior, protecting the insides from dangerous charges. Think tinfoil hat. It can also protect the outside from dangerous interior radiation … think microwave oven. And it can protect PDA devices from being tracked … think Tom Colella. The foil inside his Twisties bag shielded his PDA from being tracked.

"As an experienced electrician, Mr Colella knew that this bag would work as a [Faraday] cage, thereby preventing the PDA from working properly — especially the provision of regular GPS co-ordinate updates. I note that Mr Colella's supervisors knew that he placed his PDA in the foil bag and that they should have known the effect that this action would have on the PDA device. However, I can find no plausible explanation why Mr Colella would create a faraday cage around his PDA, except to obstruct the GPS collecting capacity of the device. Mr Colella appears to have been deliberately mischievous in acting in this manner."

As expected, Fair Work Commissioner Bernie Riordan ruled in favor of the employer. However, the Faraday-cage-out-of-a-chip-bag idea has been uncaged and will probably result in more work-time golf games, more lawsuits and an increase in the price of Twisties for this new feature.

Do they make a bag of chips big enough to live inside? Costco?