Marilyn Monroe: A File and a Controversial Book

It may come as a surprise to many to learn that agencies of government often review published books. I'm going to share with you a timely example, as the relevant documentation can be found in the newly-released files on the JFK assassination of November 22, 1963, in Dealey Plaza, Dallas, Texas. The now-declassified 14-page file tells an interesting story of a man named Frank A. Capell and his book, The Strange Death of Marilyn Monroe.

An FBI Airtel of July 2, 1964 states the following: "On instant date, captioned individual [Frank A Capell] advised he is about to publish a 70 page paperback book dealing with the suicide of MARILYN MONROE. He said the book is titled 'The Strange Death of Marilyn Monroe' and will sell for $2.00 per copy. CAPELL advised that the book should be ready for sale on or about 7/10/64, and that he will furnish a copy of this book for the Bureau's information." 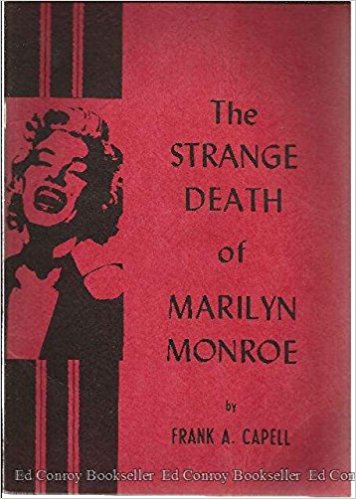 The FBI document continues: "He advised that the book will make reference to Attorney General ROBERT KENNEDY and KENNEDY's friendship with Miss MONROE. He advised that he will indicate that the evidence shows that KENNEDY and MONROE were intimate and that KENNEDY was in MONROE's apartment at the time of her death. He advised that he will attempt to show that some Communists were evidently working behind the scenes, inasmuch as a physician who signed the death certificate was a Communist." The FBI Special-Agent-in-Charge at the New York Office of the FBI added: "It was noted that CAPELL appeared very emotional and aggressive when he advised of this book and was unable to state the exact purpose for having written it."

A background check on author Capell revealed the following, which is extracted from an FBI document of July 7, 1964: "He publishes 'The Herald of Freedom,' an anticommunist newsletter of an expose type. He has been interviewed in recent months by Agents of our New York Office concerning numerous allegations he had made against a number of prominent individuals. Some allegations of Capell are from public sources and are apparently true, some are completely false and others are extremely questionable and not subject to corroboration. Capell has consistently refused to divulge his alleged sources to our Agents. The above allegation concerning the Attorney General has been previously circulated and has been branded as false as the Attorney General was actually in San Francisco with his wife at the time Marilyn Monroe committed suicide."

The document concluded: "It is recommended that the attached letter be sent to the Attorney General to advise him of the contemplated publication of the above book." Sure enough, on the very same day, Attorney General Kennedy was informed about Capell and his then-forthcoming book.

A week later, the FBI had in its possession a copy of Capell's book. A document was prepared by the FBI's R.W. Smith, who wrote the following on its contents: "The New York Office has now furnished us with a copy of this 70-page book. The book claims that Miss Monroe's involvement with Kennedy 'was well known to her friends and reporters in the Hollywood area,' but was never publicized. It is alleged that 'there are person-to-person telephone calls, living witnesses, tape recordings and certain writings to attest the closeness of their friendship.'"

Smith added: "The author suggests that Miss Monroe 'was led to believe his intentions were serious,' and that Kennedy had promised to divorce his wife and marry her. When he failed to do so, the book charges, she 'threatened to expose their relationship,' which would have ruined his presidential aspirations. It was then that Kennedy decided 'to take drastic action.'"

The Smith document continues: "According to the book, Kennedy used 'the Communist Conspiracy which is expert in the scientific elimination of its enemies' to dispose of Miss Monroe by making her murder appear to be a suicide. This could have been achieved without great difficulty, the author points out, because her personal physician, Dr. Hyman Engelberg, was a communist." Note: Engelberg was a member of the Communist Party from around 1939 to 1948. 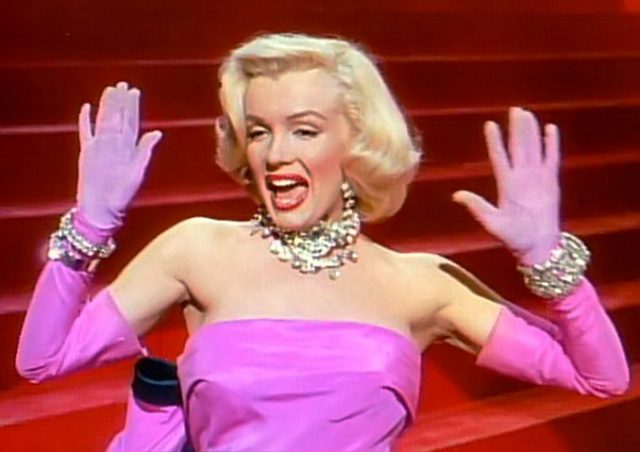 Much of the rest of the dossier concerns certain other extracts from Capell's book. One states: "On page 70, reference is made to an anonymous letter quoted in a column of Walter Winchell datelined May 25, 1964, at Hollywood, California, which told of a 23-year-old Beverly Hills blonde who had been 'terrorized for months by the same person who caused Marilyn Monroe's death...You can check this with FBI Special Agent in Charge, Mr. Grapp in L.A...Her initials are M.J.'"

The FBI knew exactly who "M.J." was. The document notes: "Our Los Angeles Office reported that 'M.J.' was Mary Lou Jones, a would-be actress of no talent, who is apparently mentally disturbed. Miss Jones complained to the Beverly Hills, California, Police Department that she was being followed and harassed by unidentified men, but her allegations were completely unsubstantiated by the police."

A few other, minor issues aside, that, in essence, is the nature and content of the document collection. So, with that all said, let's take a further look at Frank Capell's The Strange Death of Marilyn Monroe. Reviewer David Marshall says of Capell's book that it makes you want to go and "...wash your hands, and when that doesn’t do the trick, take a shower and have a strong drink to wash the taste out of your mouth." You can find more about Capell here. And here, too.

Few people had time for Capell's claims - which is not at all surprising, given his highly unlikely scenario of a bunch of commies murdering the world's most legendary blonde.