Monsters of the Vertical Take-Off Type

Having written two articles this week on what have become known as Flying Humanoids, I thought I would expand matters into a trilogy. You can find the first article here and the second one at this link. One of the weirdest issues surrounding these winged things is that, aerodynamically-speaking, they make no sense. Absolutely none at all. I'll explain what I mean by that. There are more than a few Flying Humanoid cases on record in which the creatures simply rise into the air and with not even a single flap of their large wings. I'll give you a few examples.

Back in the latter part of 2005, I spent a week or so on the island of Puerto Rico with Red Star Films of Canada. We were there to gather interviews and footage for a documentary for Canada's Space Channel. Most of the stories that came our way were in relation to the Chupacbara, which is, of course, Puerto Rico's most famous and legendary monster. It was on that same trip, however, that we were introduced to a man named Pucho, whose story had nothing to do with the Chupacabra. Earlier in the same year, and in the small village in which he and his family lived, Pucho had an encounter of a very eerie type. He was walking past a local place of worship when he heard a very strange noise: it was a loud, almost bellowing, roar. It filled the air and brought Pucho to a sudden halt. He looked around for a few moments and then, to his horror, saw what was responsible.

Perched in a large nearby tree was a huge, bird-like creature, but one which was easily the size of a fully-grown man; possibly even bigger. It was covered in feathers and once again bellowed in fear-inducing fashion. What happened next amazed Pucho. He said that the creature didn't fly away in the fashion that one would expect from a bird. Incredibly, it simply opened its wings and - instead of flapping them furiously - rose up into the skies above with what seemed to be barely an effort. In seconds it was gone. Moving on...

On the Easter weekend of 1976, the phenomenon of what became known as the Owlman began. It was a strange creature said to have been seen in the south-west of England, specifically the immediate areas surrounding a small village in the county of Cornwall called Mawnan Smith. A young girl named Jane Greenwood told the Falmouth Packet newspaper that she saw a creature which "...was in the trees standing like a full grown man, but the legs bent backwards like a bird's. It saw us and quickly jumped up and rose straight up through the trees [italics mine]." Jane added that the Owlman had "red slanting eyes and a very large mouth. The feathers are silvery grey and so are his body and legs."

While the whole experience traumatized Jane, there was one issue that continued to play on her mind: "How could it rise up like that?" It must be said that there are those researchers in the Fortean community who believe the saga of the Owlman to be nothing but a huge hoax. Yet, cryptozoologist Jon Downes - who has done an incredible amount of work on the case - has uncovered further cases, some highly credible. And, of course, there is the fact that Jane's experience in 1976, and that of Pucho in 2005, were extremely similar, despite them being separated by thousands of miles and a couple of decades. 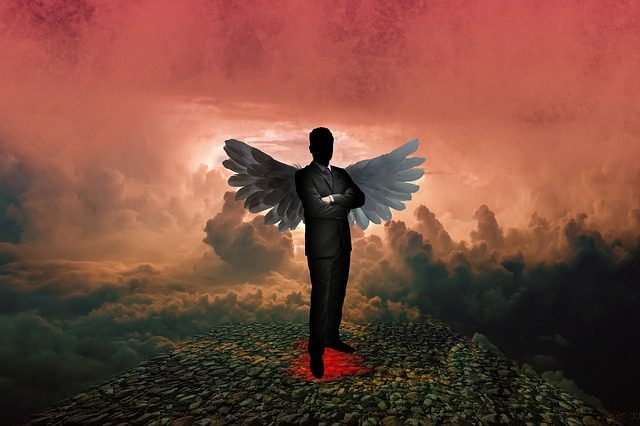 In September 2014, while at the annual Mothman Festival, I was given a story of a Mothman sighting - which occurred around ten or eleven miles outside of the city of Point Pleasant, and back in 1979. The story came from the son of the woman who had seen the winged humanoid standing in the middle of a road on a bright and sunny summer morning. According to the son, as his mother slowed the car down, the creature rose into the air vertically. As with the other cases above, the process of taking to the skies was completely effortless: yes, the wings were wide open, but neither of them flapped at all. At any point.

Cases like the three I have described proliferate. And, as I have demonstrated, they can be found all across the world. I wish I had an answer to this very strange aspect of the Flying Humanoid phenomenon. But, I don't. I can only tell you what the witnesses tell me and fellow creature-seekers. There is something very strange about the Flying Humanoids in our midst. The vertical take-off issue being just one of several anomalies. I'll discuss the other angles at a further date.