It is one of the great wonders of the ancient world; since long before Herodotus first wrote of its magnificence, describing the casing stones and their curious characters, and the more than 100,000 men who labored for two decades to complete it, the Great Pyramid has towered over the Earth, and the imaginations of men across the globe.

Hence it is with great intrigue that a new discovery has been revealed within the Great Pyramid, indicating a mysterious "void" estimated to be at least 100 feet in length. It is the first new discovery of an inner structure within the pyramid since the 19th century.

Mehdi Tayoubi, a co-founder of the nonprofit group that conducted the research, said of the discovery that, “No very big structure has not been discovered inside the Khufu pyramid since the Middle Ages,” emphasizing the significance of the new information.

Mirroring Tayoubi's sentiments, Egyptologist Yukinori Kawae told National Geographic that, “This is definitely the discovery of the century." 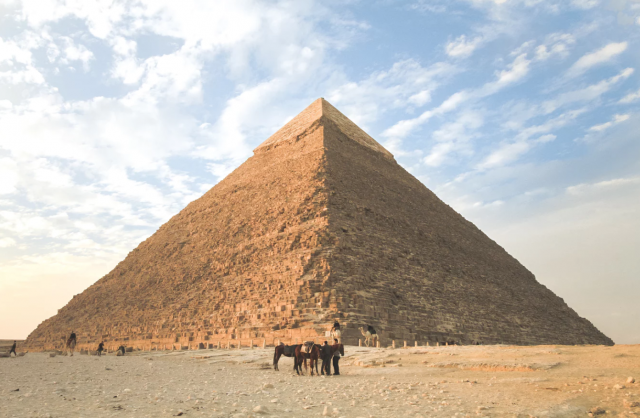 “There have been many hypotheses about the pyramid," Kawae says, "but no one even imagined that such a big void is located above the Grand Gallery.”

Theories about the void (archaeologists have presently taken great care not to refer to the discovery as a "chamber") range from an area engineered to relieve stress from the weight of large quantities of stone in the massive structure, to a possible cavity similar to that of the Grand Gallery itself.

The area is believed to have a cross section that bears similarity to the Grand Gallery in length and general size, and is estimated to be nearly 100 feet long (98 feet, by one estimate).

History tells us the Great Pyramid (or "Khufu's pyramid" as it is also called, named after the Pharaoh to which it is attributed) was constructed around 2560. Traditions associated with the monument, along with interpretations of modern Egyptologists, relate that the structure was built to ensure the immortality of Khufu--a veritable god among men--as he passed into the afterlife.

The new discovery was truly a multidisciplinary effort, employing innovative physics along with archaeological research. With assistance from the Egyptian government, what is called the "ScanPyramids project" has been a two year collaboration with Egypts' Heritage Innovation Preservation project, based out of Cairo University. 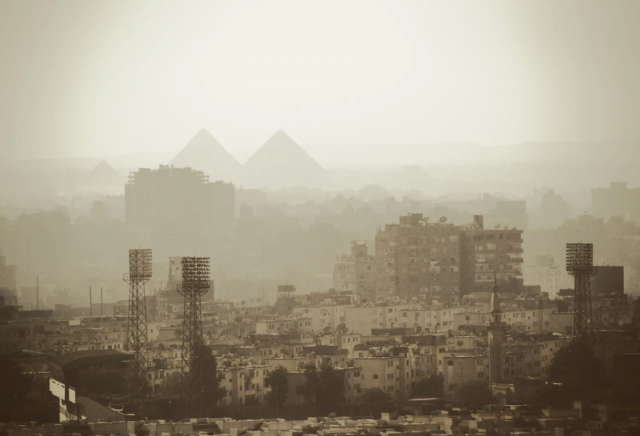 The ScanPyramids project relied on cosmic rays to be able to study the interior of the pyramid in a non-invasive way (contrasting sharply with earlier excavations carried out in the 19th century by Howard Vyse, who blasted his way through parts of the structure with gunpowder when necessary). The ScanPyramids team were able to rely on muons--which are essentially "heavy" electrons--to help detect structural changes within the pyramid, by setting up a muon telescope directly in front of the structure.

Vox reported on this process, noting that:

"When they hit objects on the ground, they act exactly like X-rays: Dense objects absorb them; less dense objects let them pass through. The ScanPyramids team used photographic plates sensitive to muons. These photographic plates were placed inside the already-explored chambers of the pyramid and around the outside of the structure. The data from each plate was then combined to make a map of the void."

The discovery has been met with mixed opinions, and while fascinating, some outlets (including the New York Times) suggest that it's not all that mysterious. The NYT went on to note that talk among the archaeological community, "questioned whether the study offered any new information about the ancient Egyptians," further noting that the room was likely a structural necessity, as opposed to being, "a hidden room filled with the pharaoh’s riches."

Whatever its purpose may yet be shown to be, the discovery remains, without question, among the most significant recent finds at the Giza complex, and will continue to assist in shaping our knowledge of the ancient world.

Tech Festival to Use Chip Implants Instead of Tickets