Nearby Exoplanet May Support Life and is Moving Towards Earth

After all of the recent predictions of a collision between Planet X/Nibiru and Earth have come and gone, a little announcement from a credible source sneaks in with actual sightings of a real exoplanet that’s not only near to Earth but may support life and it and its star may be on a collision course with Earth and the Sun. Should we celebrate, panic or both?

The announcement comes from the journal Astronomy & Astrophysics which published a report from the European Southern Observatory (ESO) whose scientists used ten years of data from the High Accuracy Radial Velocity Planet Searcher (HARPS) in Chile on Ross 128, a small red dwarf in the constellation Virgo (named for American astronomer Frank Elmore Ross) that’s a mere 10.89 light years from our solar system. That data showed a wobble in Ross 128 indicating that something is speedily orbiting it every 10 days. That something is an exoplanet with some special characteristics.

“The new world has the designation Ross 128 b and is now the second-closest temperate planet to be detected after Proxima b. It is also the closest planet to be discovered orbiting an inactive red dwarf star, which may increase the likelihood that this planet could potentially sustain life.”

Ross 128 b is about the same size as Earth and, despite being 20 times closer to its star, has an Earth-ish surface temperature raging between –60°C and 20°C (–78°F and 68°F). Couple that with the fact that its dim red sun can’t fry it with radiation either and Roth 128 b becomes a better candidate for life than Proxima b orbiting Proxima Centauri. ESO astronomers will know more in 2025 when they’re able to look for oxygen biomarkers using the new Extremely Large Telescope.

2025? What about the collision? Will we still exist by then?

“Although it is currently 11 light-years from Earth, Ross 128 is moving towards us and is expected to become our nearest stellar neighbour in just 79 000 years — a blink of the eye in cosmic terms. Ross 128 b will by then take the crown from Proxima b and become the closest exoplanet to Earth!” 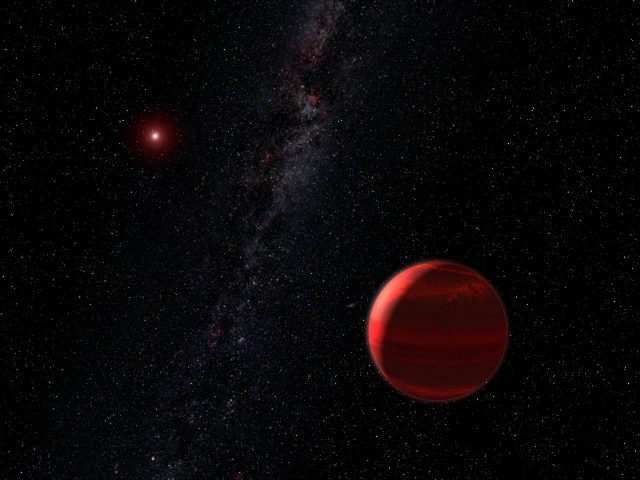 That’s disappointing news to Planet X fans but hugely exciting for astronomers, since 79,000 years is a blink of an eye for them, especially when you consider this is the time it will take for Ross 128 and Ross 128 b to travel seven light years – from 11 light years to less than Proxima b’s 4.2 light years away.

So Ross 128 b is not Planet X, but it does prove that a star and its planet(s) could be moving quite fast through the galaxy … giving a tiny bit of credence to the theory that Planet X is orbiting the Sun’s binary sibling and they’re on a fast path to collision. Then again, if astronomers can see Ross 128 and Ross 128 b at 11 billion light years away, shouldn’t they already be able to see Planet X and its star?