Never Before Seen Bacteria Growing on Outside of Space Station

“And now it turns out that somehow these swabs reveal bacteria that were absent during the launch of the ISS module. That is, they have come from outer space and settled along the external surface.”

While the rest of humanity is looking on solar system moons and faraway exoplanets for signs of extraterrestrial life, a Russian cosmonaut revealed that he has already found it and it’s closer than you think – on the outside of the International Space Station. Are we analyzing it … or vice versa? 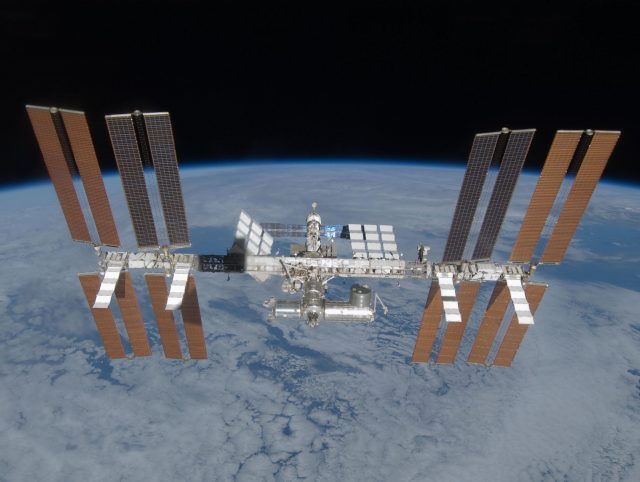 In an interview with TASS (yes, the Russian media let this alien cat out of the bag, NASA), cosmonaut Anton Shkaplerov, busy preparing for his third trip to the International Space Station on December 17th, revealed that during his previous 365 days in space he encountered what he describes as life that was not brought to the ISS by humans or floated up on its own but has “come from outer space.”

Shkaplerov explained that he and other cosmonauts out on spacewalks used sterile cotton swabs to collect samples from the outer skin of the space station, especially from remote and obscure places where other spacewalkers haven’t looked before (hear that, NASA?). Wow. How did they determine that what they swabbed was some sort of alien bacteria?

“After that, the samples were sent back to Earth.”

“They are being studied so far and it seems that they pose no danger."

Key words in cosmonaut Shkaplerov’s statement: “so far” and “it seems.” Yes, bacteria samples have been found on the outside of the ISS before – that’s how researchers found terrestrial bacteria that reached space via some sort of ionospheric lift and survived the vacuum and severe temperature shifts of space for years. They’ve also studied microorganisms inside the ISS and observed that space can cause them to mysteriously shape-shift, making them hardier. According to Dr. Luis Zea, one of the researchers:

"We knew bacteria behave differently in space and that it takes higher concentrations of antibiotics to kill them."

All the more reason to keep them in space rather than on Earth, right?

Why hasn’t NASA said anything about this? Does it know all about the alleged alien bacteria and was planning to keep it quiet? There are American and international astronauts onboard the ISS and Cosmonaut Shkaplerov himself worked at the Johnson Space Center in Houston from April–October 2007 as Director of Operations for the Russian Space Agency. Now he’s returning to the space station with NASA astronaut Scott Tingle and Norishige Kanai of JAXA (Japan Aerospace Exploration Agency).

What will Shkaplerov be looking for on this mission? Is he taking bigger cotton swabs? Stronger antibiotics? Petri dishes with tougher locks? Phasers?